We’re in the final days. Today’s schedule is relatively demure, featuring only two films — both murder-mysteries, neither quite like any you’ve seen before. Friday’s list is only a couple because the end of the festival is going to be busy, like the exploratory fireworks before the big finale: Over the next two days a dozen films will roll. It’s going to be something to see. 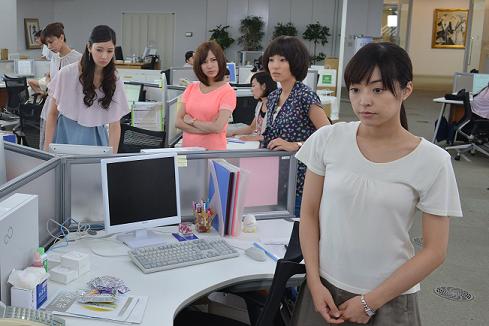 The NYAFF is being presented by Subway Cinema (visit them here), and almost all of the screenings are taking place at the Film Society Of Lincoln Center (find a more complete rundown here) — but today’s pair will be held some ways downtown, at the Japan Society. 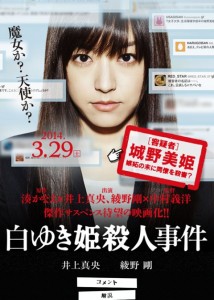 Powered by a complicated Chinese puzzle box of a murder plot, THE SNOW WHITE MURDER CASE is helmed by the director of FISH STORY and GOLDEN SLUMBERS, both NYAFF/Japan Cuts favorites, and it’s one of the best brain-teasers of the year. Based on a novel by best-selling author Kanae Minato (who wrote Confessions), the film dissects the odd goings-on behind the grim discovery of a burned-to-a-crisp corpse found in a national park near Tokyo. The victim is a young officer worker, Noriko Miki (played by ice-queen TV actress Nanao), whose stunning beauty was the object of much jealousy at the cosmetics company where she worked. The finger-pointing begins and suspicion soon turns to her plain-Jane co-worker Miki Shirono (Mao Inoue), who conveniently vanished after the murder, and is said to have harbored deep-seated feelings of envy toward her former trainee. As food blogger and part-time TV news journalist Akahoshi Yuji (Ayano Go) takes his private investigation to the rabid world of social media, the so-called Snow White Murder Case turns into an out-of-control witch hunt with a full-blown Twitter storm at its center. Brain-bending twists and turns take the viewer and the film toward the unknown and unsuspected, while the camera gives a cold and hard, but not humorless, look at the damage wrought by the pettiness of a passive-aggressive, totally connected society. 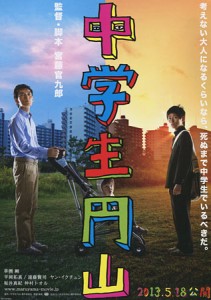 To paraphrase Alicia Keys, “Some people live for the fortune / Some people live just for the fame.” And some, well… some live to give themselves a good blowjob. Described by acclaimed actor/scriptwriter/director Kankuro Kudo (writer of Ping Pong andZebraman) as a “self-fellatio” comedy, Maruyama is a deeply moving coming-of-age story, an exploration of the liberating possibilities of the human imagination, and a study of what it means to live with other people. The sole spine-cracking ambition in life of sex-crazed 14-year-old Maruyama (Takuma Hiraoka) is to lick his own weenie. Life is all fun, games, and stretching (lots of stretching) for Maruyama until he encounters a strange newcomer, a nerdy, busybody single father (Tsuyoshi Kusanagi) who systematically finds fault with his apartment-complex neighbors. Things take a weird turn when corpses are found in the otherwise quiet neighborhood, and Maruyama soon suspects that the odd fellow might actually be a mass murderer. As his imagination gets out of control, the inhabitants of the whole complex become the cast in an action-packed saga of assassinations and revenge. Reality becomes fantasy and vice versa, as the film becomes a full-on celebration of the adolescent spirit and the power of a hormone-fueled imagination. 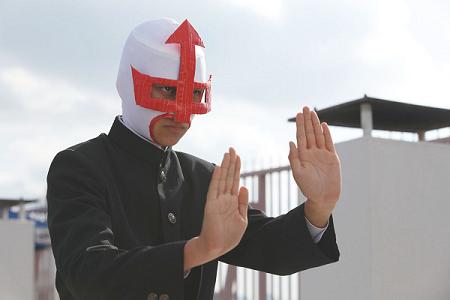 Stay tuned for daily updates from us here at Daily Grindhouse, and hey, if you’d like to find out which screenings I’ll personally be attending (none today), you know where to find me …