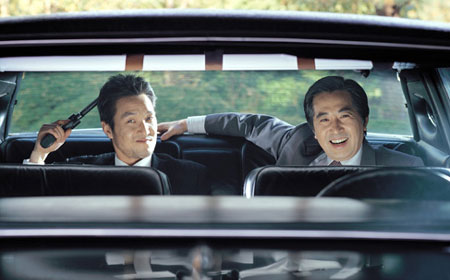 Day eleven! The 14th New York Asian Film Festival is still charging ahead here in New York City, and we’re still posting up the schedules every day — if not for you to attend the screenings as they happen, then at least to discover some cool new stuff to add on to your to-watch lists!

In 1971, Korea’s President Park Chun-hee rescinded the Korean constitution. In 1979, Kim Jae-gyu, his Chief of Intelligence, assassinated him during a dinner party at a Korean Central Intelligence Agency (KCIA) safehouse. THE PRESIDENT’S LAST BANG is a blow-by-blow account of the president’s final night and what happens as the pieces of the power puzzle are reassembled into a new government. It is, not surprisingly, the most controversial Korean movie ever made.

But this no boring history lesson—it’s a kinky thrill ride in which the president and his cabinet are more concerned with what’s in their pants than what’s happening in their country, and have all the prejudices, stubbornness, and blindness to reality that you’d expect from a group of filthy rich, isolated, powerful men. But life is complicated, and by the time Kim blows away President Park you don’t know if he’s pulling the trigger because he believes in democracy, or because he’s been driven crazy by stress-related constipation. That’s the sick genius of this movie: it makes the political personal. This isn’t a sanctimonious, animatronic Hall of Presidents but an orgasmatronic political whorehouse, aroused by everything it knows or suspects to be corrupt. Im’s camera glides all over the shadowy set, insinuating itself into conversations and then slipping back into the darkness. Baek Yoon-sik turns in a phenomenal performance as Kim, the tormented, dying Chief of Intelligence and Han Suk-kyu (THE ROYAL TAILOR) plays a foul-mouthed, inherently decent, bubble-blowing bully of a bodyguard who doles out punishment in the basement and struggles to grab glory wherever he can upstairs. And fun fact: President Park’s daughter, Park Geun-hye, is currently the president of Korea.

Part of MYUNG FILMS: PIONEERS AND WOMEN BEHIND THE CAMERA IN KOREAN FILM 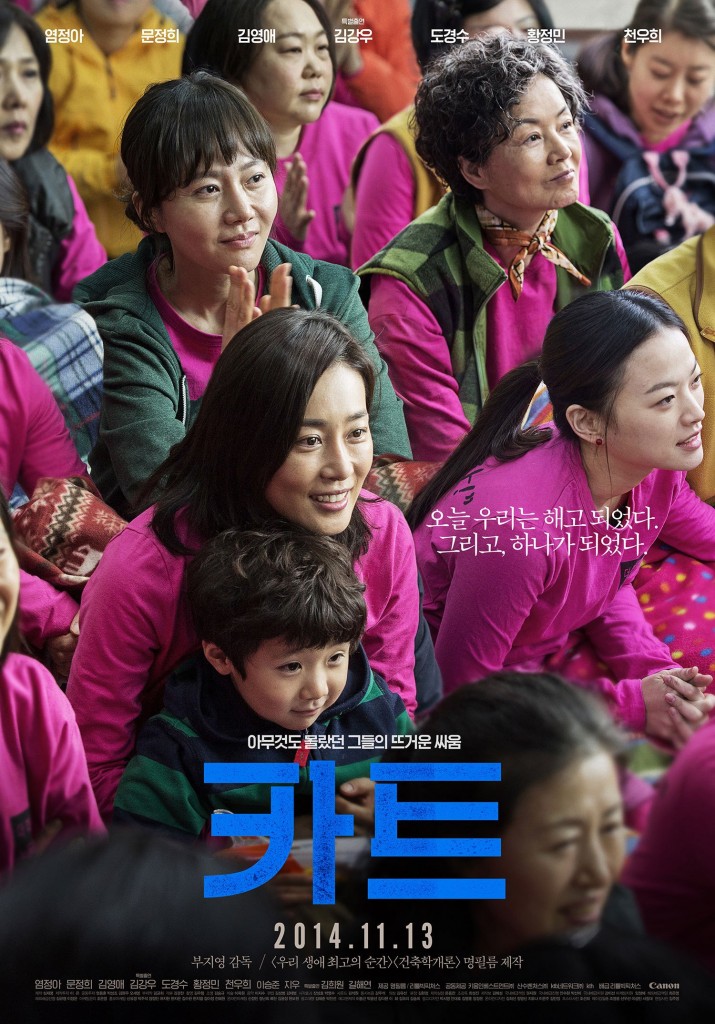 Boo Ji-young’s follow-up to SISTERS ON THE ROAD is a formidable social drama and a moral shocker. Armed with a larger budget and a stellar cast, it nonetheless maintains the same human-scale storytelling that made her debut so memorable. Based on a true story, this is a David vs Goliath tale where a group of women band together and go on strike after their big box supermarket lays off all the temporary workers to cut costs. Although there are no definitive statements about life, death or society, the fate of these few women, unregarded citizens, leave an impression of grandeur, limitless suffering, and wrath. Boo allows each character in the ensemble quiet moments that personalize the massive labor issues South Korea faces. The women are facing their own doubts, poverty and the brutality of those trying to break the strike with incredibly fervent performances from the three leads Yum Jung-ha, Moon Jung-hee and Kim Young-ae.