Day twelve! The 14th New York Asian Film Festival is still charging ahead here in New York City, and we’re still posting up the schedules every day — if not for you to attend the screenings as they happen, then at least to discover some cool new stuff to add on to your to-watch lists! 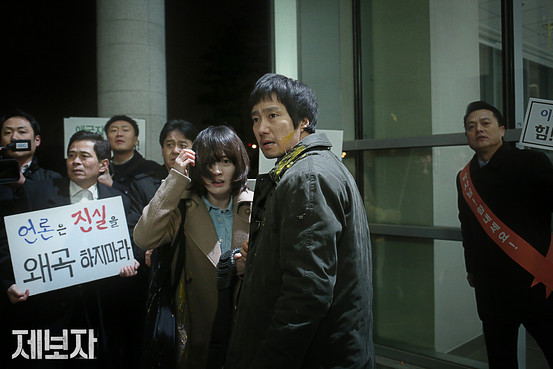 The Waikiki Brothers are a traveling cover band going nowhere. Depressing gig after depressing gig causes their saxophonist to quit, prompting a return to the hometown of guitarist Sung-woo (Lee Eol) to work as the house band in a hotel. This need for a fresh start is complicated by the Sung-woo’s bandmates and their propensity for drink, drugs and women. Sung-woo also runs into his high school friends and crush and has to face the bitterness that comes with growing up. Director Yim’s keen sense of character and dialogue keep this Korean cinema classic restrained and compassionate even during the tough emotional scenes. Yim Soon-rye (one of Korea’s few female directors) turns in the ALL THE PRESIDENT’S MEN of biotechnology with THE WHISTLEBLOWER, a powerhouse thriller based on the true story of one of the biggest scientific frauds of the 21st century. Dr. Lee is a thoughtful scientist whose pioneering work with cloned stem cells is spurring talk of the Nobel prize. He is also a monster who has faked his research and when a TV producer gets involved, THE WHISTLEBLOWER becomes a white-knuckle thriller where secret phone calls, boardroom confrontations, DNA analysis, and conversations that contain double, and sometimes triple, meanings are assembled into a high-performance engine designed to flood your brain with outrage. Not since Michael Mann directed THE INSIDER has the world of corporate medical research seemed so out of control, so bleak, and so deadly.