Day fifteen! The 14th New York Asian Film Festival is still charging ahead here in New York City, and we’re still posting up the schedules every day — if not for you to attend the screenings as they happen, then at least to discover some cool new stuff to add on to your to-watch lists!

The NYAFF is being presented by Subway Cinema (visit them here), and all of the screenings today and tomorrow are being held at the SVA Theatre at the School of Visual Arts.

There will never be another Panna Rittikrai. VENGEANCE OF AN ASSASSIN is the final, brutal battlesong from the kinetic master of mayhem who discovered Tony Jaa and put Thai action cinema on the map. It’s a no-holds-barred all-you-can-eat action fiesta, delivering everything from badass games of soccer to high impact gun fu. It’s also the heartwarming story of two buff orphans who believe in filial piety and tearing thugs apart like warm bread. When the eldest brother (Thai stunt king Dan Chupong) leaves home in search of the truth behind their parents’ deaths, a web of secrets, carnage, and more carnage follows him wherever he goes. When he’s forced to team up with his little brother (21-year-old Nantawooti Boonrapsup, all grown up since 2010’s POWER KIDS), it becomes an ass-kicking family affair. The master of single-take destruction, Rittikrai delivers Buster-Keaton-style train brawls, flying sledgehammers, copious gun fights and one glorious, Freudian double impalement. In the scorching, sweat-drenched dreamlife of Panna Rittikrai, family and honor are everything, and justice can only be forged from superior skill and righteous physical destruction. 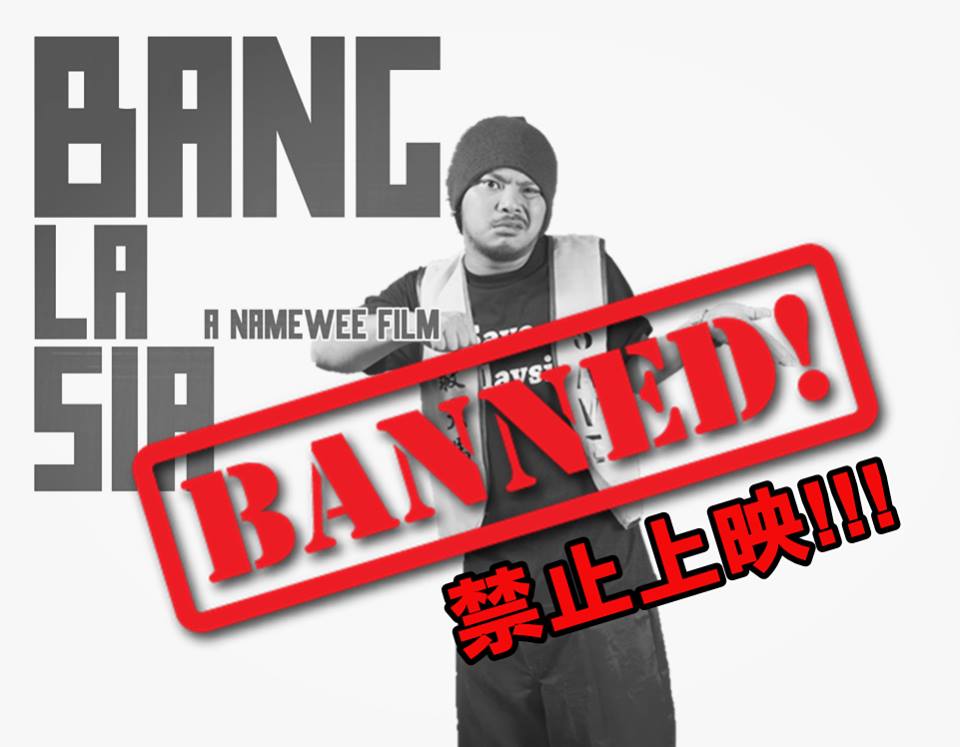 From director Namewee, the madman behind previous festival fave, NASI LEMAK 2.0, comes this wild contemporary western full of musical numbers and humor so slap-happy it’ll set your head to spinning. It begins as the story of a poor Bangladeshi worker in Malaysia who wants to go home so his girl doesn’t marry another man, but when he goes to his scumbag boss to ask for his passport back complications too complicated to recount without getting complicated occur, and it becomes a manic movie about modern-day Malaysia full of shootouts, nationalist rabble-rousers, anti-immigration fearmongers, riots, invasions, and more jokes, gags, and visual non-sequiturs than are strictly legal. Switching from game show, to action movie, to western, to romance, with dialogue in Hokkien, English, Mandarin, and gibberish, this is a take-no-prisoner comedy so sarcastic that the Malaysian government banned it outright. We’re proud to screen it as a raised middle finger to stuffy, soulless, bureaucratic prigs everywhere, from Malaysia to America.

Director Namewee will attend the screening. GHOST IN THE SHELL director Mamoru Oshii’s latest live-action film TOKYO MUKOKUSEKI SHOUJO centers on Ai (Nana Seino, the all-around kicker and piece of smoking hotness from TOKYO TRIBE), a student at an all-girls’ art high school. Her natural talent for art provokes the fury and envy of both the adults around her and her classmates. Bullying, mockery, and intolerable cruelty ensue: Ai stoically suffers but has nowhere to hide or run to. Her daily life becomes a war, which she slowly loses. But there’s more to the beautiful high school girl than meets the eye: she has a very specific set of skills, skills that make her a nightmare for bullies. 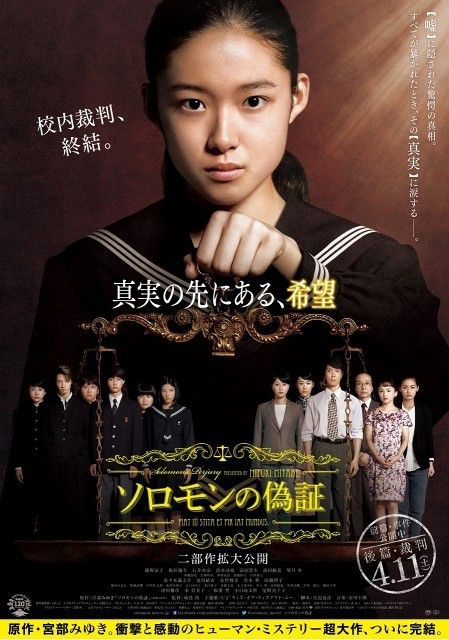 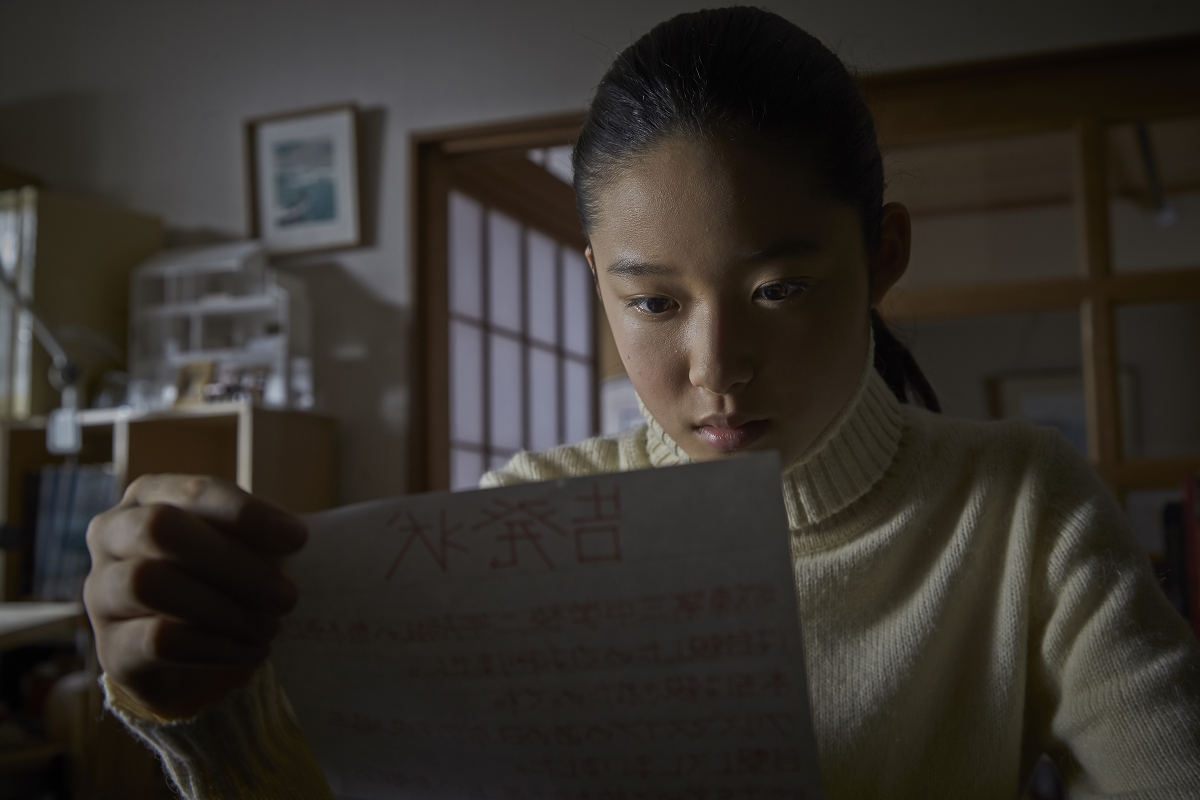 Published as a three-volume novel in 2013, SOLOMON’S PERJURY is Miyabe Miyuki’s most ambitious work to date. The author, who writes books in the detective, fantasy and science-fiction genres, is known for her portrayals of powerless women, including housewives, prostitutes and bankruptcy victims. For SOLOMON’S PERJURY, she turned to another underclass: children.

A 14-year-old boy is found dead, buried under the snow of his high school. The police and teachers are quick to dismiss the case as suicide, despite an anonymous letter claiming that the boy was pushed. A group of the boy’s classmates, led by the fearless Ryoko Fujino, push against their teachers, parents and the police to stage their own mock trial to discover the truth.

The Japanese film industry can sometimes dumb down its most ambitious projects. The choice of Izuru Narushima as director is not surprising; what is surprising is that he was allowed to tell his tale of guilt, shame and redemption with intelligence and a lack of sensationalism. The movies’ exhilarating first part leads up to the eve of the trial, in which the students will play the roles of judge, jury and both the prosecution and defence councils. The second film focuses on the trial where both shocking and subtle revelations send irrevocable tremors through the high school and the adults surrounding the case

Tsui Hark’s gonzo war movie is China’s 11th highest-grossing movie of all time, and this is the only chance you’ll ever get to see it projected in 3D, the way Tsui Hark intended. THE TAKING OF TIGER MOUNTAIN is a Chinese national epics, but Tsui has reinvigorated this tale of 30 PLA soldiers taking down a 1000-strong bandit army by stripping out the ideology and returning it to its action roots. That means he serves up heaping helpings of tiger attacks, human dogs, a LORD OF THE RINGS-sized mountain fortress, bandits wearing black lipstick, ski attacks, lots of grenades, a tank, a fight on top of a crashing biplane, and a New York City traffic jam.

A spectacular mid-movie set-piece of bandits laying siege to a snowbound village reminds us that Tsui’s sheer cinematic craftsmanship is unequalled today, and that’s only one of the spectacular set-pieces sprinkled over this movie like chocolate chips on a magical motion picture sundae made of fire! Tsui Hark is a 3D true believer and he makes sure that not a second goes by when something isn’t poking, shooting, stabbing, exploding, or leaping off the screen right into your lap, whether it’s tigers, bandits, biplanes, or Tony Leung Kar-fai sporting an outrageous fake nose.

Again, if you can’t make it in person, keep an eye out for these movies. For example, VENGEANCE OF AN ASSASSIN recently hit Blu-Ray. Buy it here: