Home  ⁄  The Wire  ⁄  [In Theaters Now] A BEAUTIFUL DAY IN THE NEIGHBORHOOD: On Radical Acts of Kindness

Daily Grindhouse covers all sorts of genre fare—from vintage sexploitation films to the most recent splatterfest hitting streaming. But it probably seems like a review of A BEAUTIFUL DAY IN THE NEIGHBORHOOD (the Mr. Rogers film starring America’s nicest uncle, Tom Hanks) wouldn’t really fit in with this website. But Marielle Heller’s new movie about PBS’ ultimate mensch fits in on this site for two main reasons.

The first is that any lasting genre fare is transgressive in some manner; it rebels against the status quo while affecting viewers on an immediate level. In an age where cynicism reigns as the newsfeed is inundated with tragic stories of deplorable acts that render so many numb to the increasing horrors of our society—being Good and Kind is an act of defiance. This doesn’t mean don’t punch Nazis, or make friends with those who actively seek to deprive others of personhood, or try to find fine people on “both sides” of every issue. But it means that with the persistent crush of changes for the worse on a global scale, it is utterly understandable to give up, or assume the worst, or look around this hellscape with misanthropic eyes. So for a film to genuinely tout kindness—not as family-friendly platitudes for sedation, but a true ethos that recognizes how hard it is to maintain in a wicked world—is just as bold a stance as any blood-drenched midnighter from the bygone days of 42nd street. 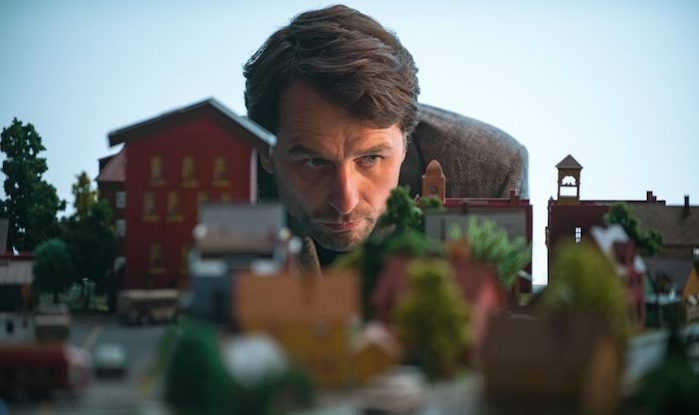 The other reason that makes A BEAUTIFUL DAY IN THE NEIGHBORHOOD fitting for Daily Grindhouse is that part of what is discussed and celebrated on this site is finding meaning and value in any kind of film—schlock, cashgrab horror sequels, forgotten sex romps, and more. A BEAUTIFUL DAY IN THE NEIGHBORHOOD will be easily tossed aside by many as treacle, Oscar-bait, or some trite message film about one of the squarest people who ever lived. But the fact is that audiences will find a truly affecting story that brilliantly captures the spirit of its subject by using innovative approaches that elevate it far beyond middling biopics or droll family fare. Heller (working from a script by Micah Fitzerman-Blue and Noah Harpster) has made an impressive piece of cinema that rejects the obvious paths, in its form and in its philosophy, to arrive at an engaging peek at how we can push ourselves to be better.

Based on the real life story of journalist Tom Junod’s relationship with Fred Rogers, A BEAUTIFUL DAY IN THE NEIGHBORHOOD follows curmudgeon reporter Lloyd Vogel (Matthew Rhys) who has a new baby with his wife, Andrea (Susan Kelechi Watson), and a lingering reputation as an incredibly harsh writer. Lloyd is assigned to interview and profile Fred Rogers (Tom Hanks), the host and creator of beloved children’s show Mr. Rogers’ Neighborhood. As the two begin talking, a dialectic forms with Fred and Lloyd sparring over questions to discover more about the person with whom they are speaking. As their discussions continue, it becomes clear that Lloyd still carries a lot of anger from his childhood due to his negligent father, Jerry (Chris Cooper), and that Fred’s kindness is genuine but not the act of a saint or someone blind to the issues and concerns of this world. 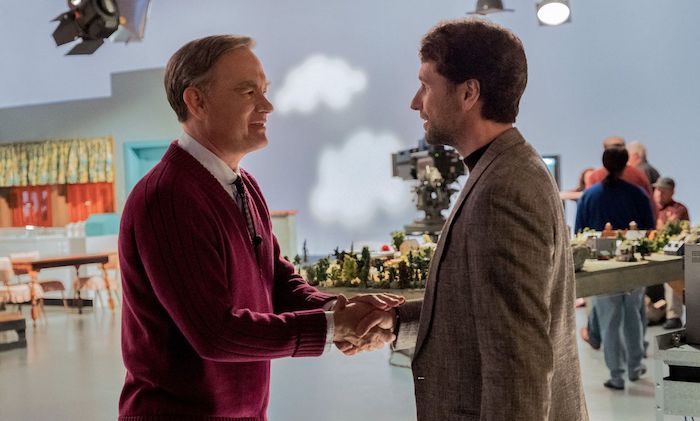 Much like her exceptional work in CAN YOU EVER FORGIVE ME? and THE DIARY OF A TEENAGE GIRL, Heller employs a lot of stylistic choices that keeps her film aesthetically interesting and engaging—changing aspect ratios/film types to imitate the original TV show in some parts, or integrating the model sets from the PBS program to establish various geographic locations. It’s very reminiscent of the multiple visual mediums employed by Michel Gondry in his heyday. But the best element that she and the writers bring to this project is avoiding the usual biopic route. 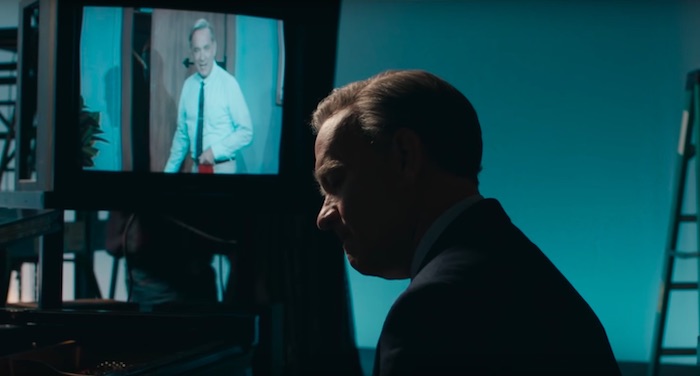 Fred Rogers never wanted to be exalted as a saint or even have the spotlight on him to the exclusion of others—he believed his actions were just how people were supposed to act, even though it was very difficult, and he was always more interested in learning about others than talking about himself. A BEAUTIFUL DAY IN THE NEIGHBORHOOD honors that mentality while still providing keen insight into the man by making Lloyd the focus of the story. Make no mistake—this is still a movie about Mr. Rogers, but it highlights him best by showing the effect he had on people; whether in his personal relationships, or through the television screen. Fred’s patience and appreciation for people along with a seemingly endless supply of curiosity and empathy infects those around him with his worldview. By showing the effect of Rogers, rather than chronicling his journey through life, Heller underscores the power of his philosophy and the importance of his messages through the years. 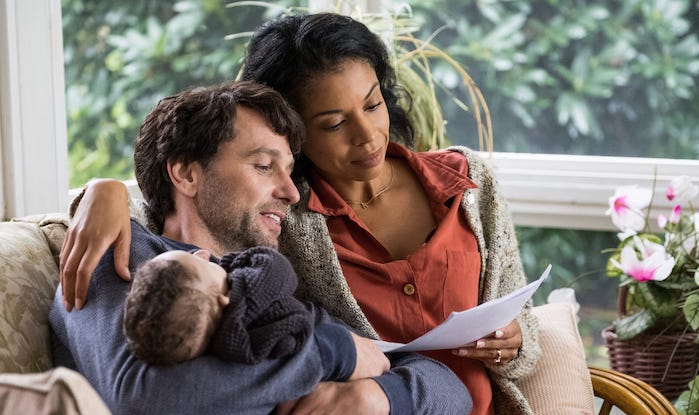 The main actors—Rhys, Hanks, Watson, Cooper, along with Maryann Plunkett (as Joanne Rogers, Fred’s wife), and Enrico Colantoni (as Bill Isler, the President/CEO of The Fred Rogers Company)—all deliver strong performances. Hanks isn’t merely doing an impression, but he’s also not completely lost in the role either; it’s a fine line the actor treads carefully that doesn’t seem like a poorly fitting mask, but utilizes his own goodwill and public persona to bolster Fred’s sweet qualities. There are some elements to the story that are clearly over-dramatized and some parts of the plot wrap up a bit too tightly for a film that seems to want to emphasize how a generous spirit can live in complicated times. But ultimately it remains a fairly imaginative and well-executed profile of souls eternally at crossroads.

A BEAUTIFUL DAY IN THE NEIGHBORHOOD is a beautiful film about engaging in mindful acts of kindness. By approaching the figure of Mr. Rogers from the side, Heller and company have found the best way to reveal what made him so special to so many. Even when not on the screen or referenced in the dialogue, Fred still manages to be present in every frame through the effects his mere existence and words are having on those around him. The movie is best paired with Morgan Neville’s excellent documentary WON’T YOU BE MY NEIGHBOR? to get a full grasp of the life and legacy of this mostly unassuming man. But on its own, A BEAUTIFUL DAY IN THE NEIGHBORHOOD remains a powerful and inspiring work to not only be better to others, but better to ourselves as well.