The American Genre Film Archive has been doing impressive work out of Austin, Texas for years. Their secret location is rumored to house over 3,000 film prints: horror, sleaze, action, regional filmmaking and anything that’s just a little bit weird. One of the most infamous titles that AGFA (for short) restored and preserved digitally is 1975’s THE ASTROLOGER which premiered at 2014’s Fantastic Fest as a secret screening and became an instant cult classic. Daily Grindhouse hosted screenings of this wildly entertaining passion project in both Chicago and Brooklyn this past year.

While there was no AGFA secret screening at this year’s festival, the cohort instead treated hungry genre audiences to three decades of weird down in Austin this year. Representing the ‘70s was DRUG STORIES! NARCOTIC NIGHTMARES AND HALLUCINOGENIC HELLRIDES, FEATURING THE TRIP BACK, a mixtape of impressively wild (and most times, very silly) drug scare films. The ‘80s came in the form of BLOOD LAKE, a shot on video horror flick with a cult following and finally, the ‘90s D.I.Y. double feature of Sarah Jacobson’s I WAS A TEENAGE SERIAL KILLER and MARY JANE’S NOT A VIRGIN ANYMORE. 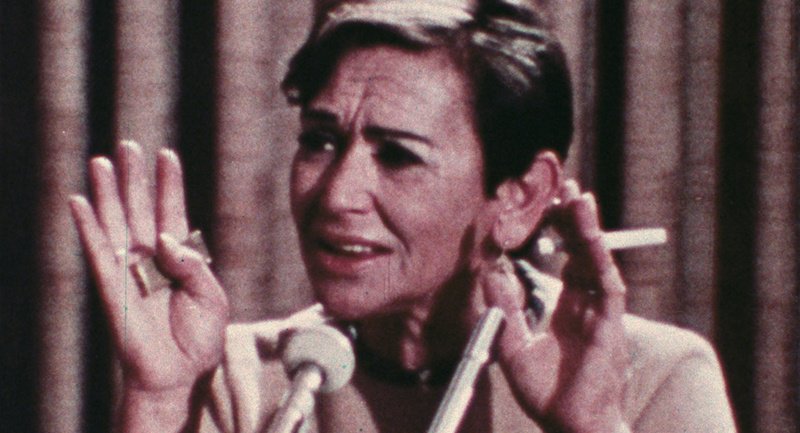 Whenever AGFA partners with Something Weird, you know it’s going to be gangbusters. Last year they partnered to bring Fantastic Fest the lost Ed Wood film, TAKE IT OUT IN TRADE. This year, the outfit raided weird cinema luminary Lisa Pertucci’s 16mm film collection for the funniest drug scare films from the ‘60s and ‘70s. As a child of the ‘80s, my drug education came from commercials during Saturday morning cartoons and Nancy Reagan’s “Just Say No” campaign. I was never really privy to these 16mm scare films that teachers would show on “movie day” in classrooms throughout the ‘70s. It’s a daunting task to comb through all these shorts—some of which can probably be pretty dull—to find the best of the best. The shorts are loaded with kids who look like extras from The Brady Bunch, silly animated segments, and seriously misinformed opinions about drug use. We even get to hear narration from LSD itself. The centerpiece of the mixtape, however is THE TRIP BACK featuring motivational speaker Florie Fisher. Fisher—the inspiration for Amy Sedaris’ Jerri Blank from Strangers With Candy—is a force of nature. Bold and brash, Fisher speaks open and honestly about her experience with drug use to a young crowd. The way she berates her audience is impressive, it almost feels like its’ never going to stop, and you kind of don’t want it too as she recalls “snorting horse” and getting high on “pot sticks.” 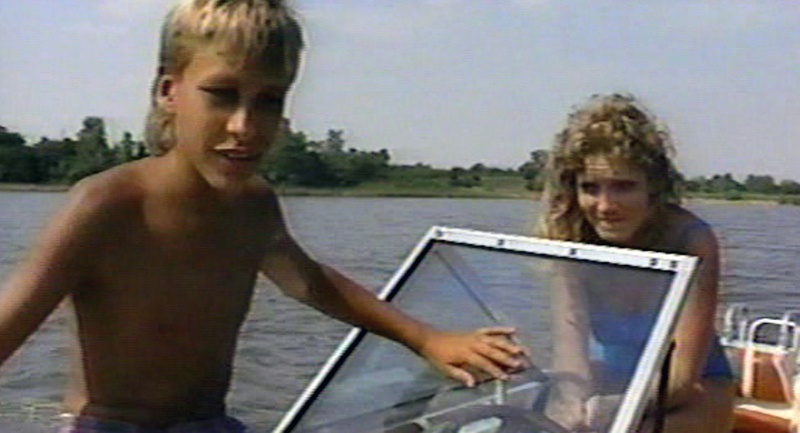 BLOOD LAKE has built some sort of reputation since it’s home video release in 1987. Counting both Andy Warhol and David Lee Roth as fans, this shot on video slasher features a gang of pastel clad young people who run afoul of a supernatural, cowboy killer. BLOOD LAKE is terrific outsider cinema. As with lots of amateur productions, there are super long takes, questionable sound, and moments of unintended hilarity; and that’s so much of what makes this film entertaining. The performances are certainly green, but no doubt memorable, particularly precocious, foul mouthed Tim. For all of the Lo-fi appeal of BLOOD LAKE, it’s worth nothing that director Tim Boggs has a remarkable confindence behind the camera. His imporssive style cuts through the lo-if VHS production and helps elevate BLOOD LAKE into something quite memorable, and certainly worth enjoying with an eager midnight audience. 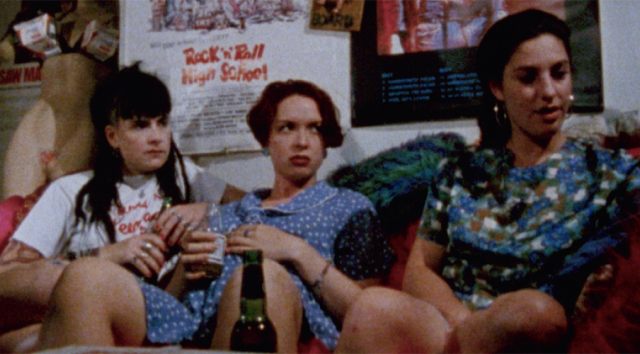 Arguably the most significant AGFA screening of this year’s Fantastic Fest was the double feature of I WAS A TEENAGE SERIAL KILLER and MARY JANE’S NOT A VIRGIN ANYMORE from D.I.Y auteur, Sarah Jacobson. Jacobson was an filmmaker who made her bones during the ‘90s indie explosion. Unfortunately lesser known than peers such as Richard Linklater, Kevin Smith, and even Quentin Tarantino, Jacobson was lauded by the likes of Roger Ebert and Allison Anders. Jacobson was a truly independent voice during that era, railing against the movement she christened “Indiewood.” The screening can be seen as a response to the dark cloud that hung over last year’s Fest following allegations of sexism and assault. I WAS A TEENAGE SERIAL KILLER has a manic, student film energy about it. Rough around the edges and its message up front and on display for it’s twenty minute run time. Jacobson’s growth as a filmmaker is evident from the onset of MARY JANE. She’s confident behind the camera, her shots are never flashy, and very much fall in line with that mid-90s aesthetic. The film bristles with authenticity and has a very honest throughline about sex, relationships, and youth. It’s a truly indie rock answer to EMPIRE RECORDS or REALITY BITES. The credits are also loaded with punk rock credibility in the visage of Jawbreaker’s Blake Schwarzenbach, AFI’s Davey Havok, and Jello Biafra in varying capacities with a soundtrack featuring Mudhoney and Babes In Toyland. Any fan of teenage coming of age stories is sure to enjoy MARY JANE, even if it’s simply to enjoy the thrift store chic wardrobe.

For the most part AGFA’s output is generally rooted in the ‘70s—a golden age of trash—so it was exciting to see them host screenings of discoveries from the ‘80s and ‘90s this time around. As an admitted fan of their releases, it’s wonderful to know that there are still discoveries to be made from all decades. As with their other projects, all of these releases will be coming to home video within the next year and are absolutely worth checking out.