Fantastic Fest is a celebration of genre and cult cinema from all over the world, bringing both new and classic films to the big screen for eager crowds. Sometimes, though, the fest brings something completely unexpected even by its own high standards of outré programming. This year, the festival hosted the world premiere of STRIKE, DEAR MISTRESS, AND CURE HIS HEART, the latest film from Oklahoma-based auteur Mickey Reece. While Reece has dozens of directorial credits on IMDB, hardly any of his films have been seen outside of film festivals, and this Fantastic Fest screening has given him what is easily his biggest platform to date.

Newlyweds David (Jacob Snovel) and Madeline (Audrey Wagner) have moved back to Madeline’s hometown in order to renovate a long-abandoned hotel. Madeline’s estranged mother Dianne (Mary Buss), a successful touring pianist, accepts her daughter’s invitation to stay at the hotel for a while to reconnect. But the situation is more complicated and fraught than it initially seems: Madeline doesn’t inform Dianne that she and David are caring for Madeline’s sister Bailey (Elise Langer), severely disabled following a mysterious accident some years before. As the tensions between mother and daughter threaten to turn into violent confrontation, David tries to keep a handle on his own frustrations despite his own fragile mental state. 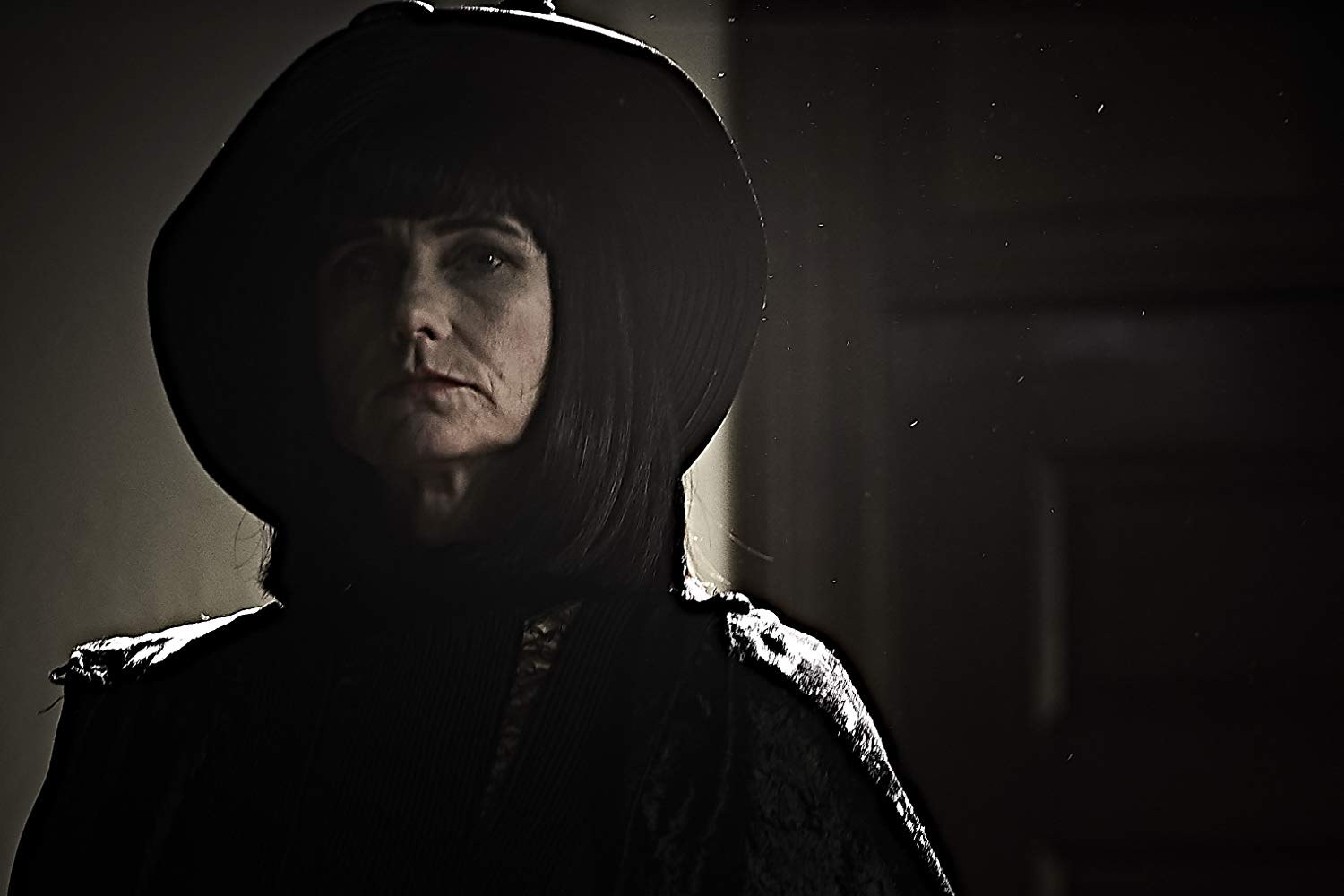 Reece has stated that his primary influence for STRIKE, DEAR MISTRESS was Bergman’s AUTUMN SONATA, and that film’s (and filmmaker’s) imprint is immediately apparent. But the cast’s oddly affected line deliveries and distinctive rhythms recall Hal Hartley’s approach to acting and dialogue, a choice that some viewers will no doubt incorrectly identify as “bad” acting. This impression may be reinforced by the film’s distinctly low-budget look–while the images look nice in stills and on smaller screens, the digital photography of STRIKE, DEAR MISTRESS betrays a serious loss of detail when projected on a cinema screen. This is not necessarily a complaint about the film’s cinematography, which was executed by Joe Cappa, who also shot Reece’s previous feature MICKEY REECE’S ALIEN. That film’s gorgeous, sharp black & white photography proves that Cappa knows what he’s doing, but the budgetary limitations are much more apparent here than in ALIEN.

(Writer’s note: After speaking with some people who saw the film in other auditoriums at Fantastic Fest–it screened in three rooms at the same time–and communicating via email with director Mickey Reece, it appears that I had the misfortune to be in an auditorium that was experiencing issues with the digital projection. I look forward to seeing this film again in the near future in the way it was meant to be seen.)

That said, Reece takes full advantage of the independence granted him by low-budget production by way of narrative asides that are occasionally almost totally removed from the main thread of the film’s story. The rhythm of STRIKE, DEAR MISTRESS is disorienting, both in the cadences of its dialogue (which differ between characters) and in its tonal whiplash. There are intense dramatic scenes between Madeline and Dianne, contrasted with near-slapstick scenes focused on the Risotto Brothers (five brothers who have a construction/contracting business and are working on the hotel) and a truly bizarre detour late in the film to a self-help seminar that provides the hilarious payoff for a joke running throughout the story’s margins.

STRIKE, DEAR MISTRESS is a fascinating work from a prolific filmmaker whose work will hopefully be more accessible in the near future. Reece brings a distinctive region American weirdness to a familiar framework, and announces him to a major audience as a talent to watch. Here’s hoping STRIKE, DEAR MISTRESS becomes available sooner rather than later, as it feels tailor-made for repeat viewings.