The best way to see either WHO KILLED CAPTAIN ALEX? or BAD BLACK is with a crowd (preferably inebriated) at a midnight screening of a genre film festival like Fantastic Fest. Unfortunately, I missed out on seeing the films with a crowd, but watching these nuggets of thoroughly insane genre goodness at home courtesy of AGFA’s Wakaliwood Supa Action: Volume 1 is still a surprisingly fun time that is only partially attributable to a “video joker” named VJ Emmie (more on him later).

For those needing a crash course in the Ugandan cinema originating from an area of the country that has been dubbed “Wakaliwood” by writer/producer/director (along with editor/visual effects artist/songwriter) Nabwana Isaac Godfrey Geoffrey (a.k.a. Nabwana I.G.G.), the films in this set are best described as wild mash-ups of crazed action and slapstick comedy with occasional musical interludes and heavy dollops of melodrama. Think along the lines of if Robert Rodriguez had never broken out with EL MARIACHI yet continued to make rough looking, eager to please genre flicks on miniscule budgets. Actually, such a comparison does a bit of a disservice to the work that Geoffrey and his cast and crew pull off here since they are working with resources and a budget that make Rodriguez’ debut film look like a bloated blockbuster by comparison.

It is hard to pinpoint when each film was made since they were never expected to be shown outside of the village where they were produced (the trailer for WHO KILLED CAPTAIN ALEX? went viral when it was posted to YouTube, kickstarting international interest in the film). CAPTAIN ALEX was the first one to reach an international audience via film festivals, making its inclusion as the first film in this set make sense, even if it does not live up to the eventual highs of BAD BLACK. 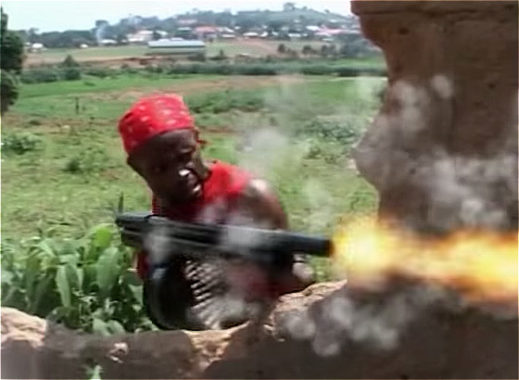 Sporting a generic action flick story about the titular military figure tasked with taking down the nefarious Tiger Mafia before being murdered and the ensuing fall out from his death, CAPTAIN ALEX has two things that truly make it memorable. The first is the infectious fun of Geoffrey’s DIY style of filmmaking that finds dozens of extras “firing” guns at each other that are put together with random scrap pieces of metal and painted wood. The second—and arguably more important—aspect of the film that makes it truly fascinating and endearing is the presence of a video joker (or VJ).

The VJ in the case of both CAPTAIN ALEX and BAD BLACK is VJ Emmie. Essentially, Emmie acts a filmmaker-sanctioned MST3K-style commentator on the action. Intended as both a nod to what is what Geoffrey says is the way that he grew up watching movies and an effort to explain the oft-times incomprehensible plots to English-speaking audiences, Emmie reels off an excitable stream-of-consciousness narration that only seems partially faithful to the actual story happening on the screen. But it is hard to argue with the frequently gut-busting laughter that some of his better jokes and observations cause. Combining Emmie’s enthusiasm with Geoffrey’s legitimately well-shot and edited action sequences, CAPTAIN ALEX emerges as a prime example of how a dedicated group of novices with a passion for filmmaking can create something truly sincere, memorable, and very entertaining. 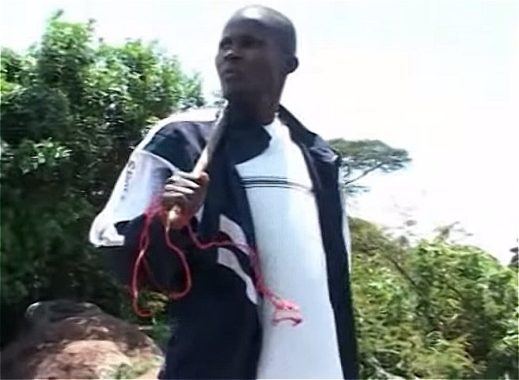 With a story even more convoluted than the (initially) simple CAPTAIN ALEX, BAD BLACK also manages to up the ridiculous action sequences, number of extras (often dying several times as different characters), melodramatic messaging, and rapid-fire one-liners by Emmie. It also boasts a more robust comedic side with a New York transplant (Alan Hofmanis) playing a “doctors without borders” type who gets caught up in the action and his eight-year-old sidekick named Wesley Snipes determined to whip him into fighting shape when it comes time to take on the bad guys who stole from him. The inclusion of a clueless outsider stumbling his way through a Wakaliwood film seems to truly invigorate Emmie as he points out with glee when the doctor stumbles into open sewage or how his bloodlust when he gets his hands on a gun makes him a truly terrible doctor.

BAD BLACK also finds Geoffrey becoming a more confident filmmaker, engaging not only in rapid tonal shifts from comedy to action to weepy family melodrama, but also going for broke with an effective opening action sequence that sets the tone for the anything goes story that is going to follow it. Sure, some of the sets are still made from cardboard and the car crashes are done via barely competent green screen and model work, but the sequence shows ambition and builds to a terrific, explosive conclusion. 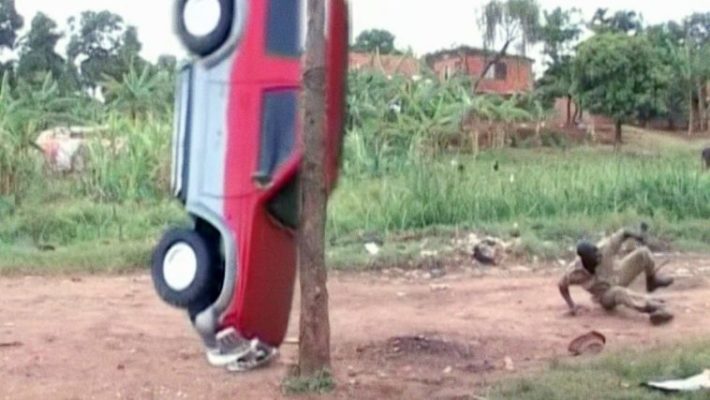 The always-adventurous folks at AGFA have given both films as good of presentations as they can have (they were shot on camcorders after all), with solid audio and video quality. While the films themselves are the clear draws of this set, there are a ton of extras that document the film movement that Geoffrey and his cohorts have built up in their village where they have to hold their breath that the electricity doesn’t go out when they need it (or worse, surge and burn up the hard drives on which Geoffrey has saved his latest work-in-progress). 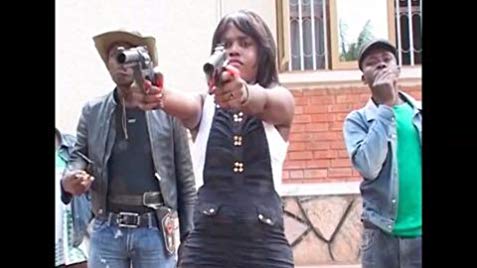 Beyond copious behind the scenes footage, numerous news stories on the Wakaliwood phenomenon (which includes the truly inspiring sight of actor/prop-maker Bisaso Dauda making a sturdy working jib out of scrap metal), and Skype Q&As with Fantasia Film Festival audiences, Geoffrey and Hofmanis take part in wide-ranging commentary tracks on both films. The track for CAPTAIN ALEX is the more free-wheeling and fun as the duo mix their enjoyment of the film with a relatively in-depth look at how the films are put together. The track for BAD BLACK is initially as much fun as Hofmanis reminisces about not being prepared for the physical toll of the action scenes and actually diving into human waste for a shot. But that track takes an odd turn as Geoffrey goes on a lengthy, tangential family values rant that feels a little out of place, even with as clearly passionate as he is about the subject. 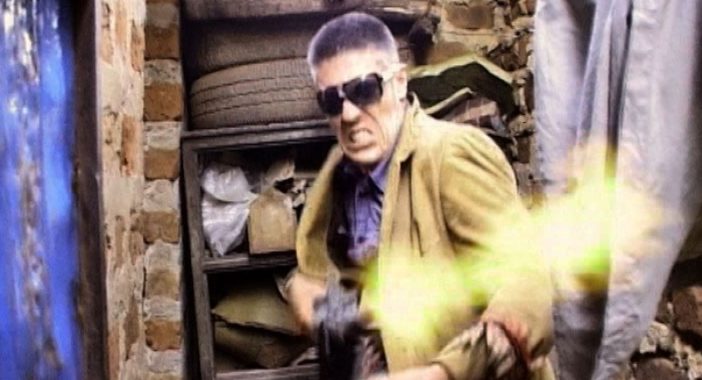 The sheer number of films that Geoffrey has made and the inclusion of “Volume 1” on this set implies that we could be getting several more discs of Wakaliwood madness. I only hope that the films remain as relatively pure and innocent as WHO KILLED CAPTAIN ALEX? and BAD BLACK. There is a refreshing lack of cynicism on display here that I fear could be corrupted by the sudden attention of outside audiences. It will be interesting to see how Geoffrey and his large cast and crew respond to it all.