Last year, a film came out that didn’t exactly reinvent the wheel in terms of what a devil possession film was, but did enough things right that it earned the filmmakers a bit of faith. It was called ALONG CAME THE DEVIL, and it featured Bruce Davison as an aging alcoholic priest trying to save the soul of a troubled young teen from damnation after she awakens a demonic force during a seance to contact her dead mom. It wasn’t exactly an original film, but it’s decision to concentrate on coming-of-age over bombastic post-EXORCIST spectacle made it feel somewhat refreshing in an over-tilled genre. So now along comes a sequel, cleverly titled ALONG CAME THE DEVIL 2 and let me tell you something:

This deeply, troublingly-disappointing sequel is sheer hell on Earth. 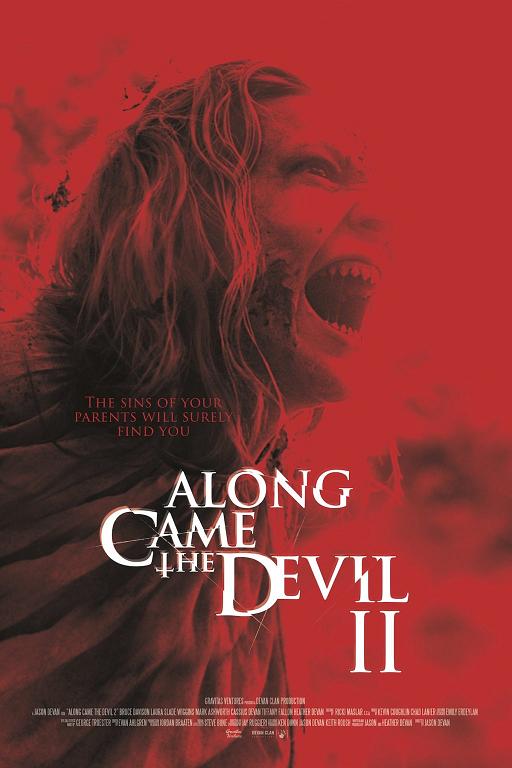 It’s hard to overestimate how much of a slog getting through ALONG CAME THE DEVIL 2 is, which is a shame considering that the first one wasn’t that bad of a film to begin with. Yet everything that seemed to work about the first film has been cranked up to an insultingly over-confident degree. The measured pacing now feels like molasses, the emphasis on drama has curdled into TV movie blandness that often forgets that you’re supposed to be watching a horror movie. ALONG CAME THE DEVIL 2 commits the cardinal sin of moviemaking: it’s boring. Which is a double shame because it is bracketed by a couple of intriguing scenes that indicate what the film should have been versus what was actually delivered. One is an attention getting opening prologue with a nice little gotcha freakout; the other is a final image that actually delivers on the promise of a plot logline that is nowhere near existent in the final product. It almost feels as if writer/director Jason DeVan had an idea for an epic sequel, but really wanted an epic trilogy, so he devised this act of filler just to simply to get him to the final point setting up a third film…instead of, you know, just delivering that film now.

I can’t overstate how arid and aimless this film is. It begins at almost the same point its predecessor ends: Jordan (Laura Slade Wiggins), the elder sister of the first film’s teen lead Ashley, is rushing home on the strength of a distressing phone call for help. Once home, she is told her sister has been carted off to a mental hospital, and she’s taken in by her estranged father (Mark Ashcroft) and his new family. He was formerly an abusive drunk who couldn’t handle widowhood and took it out on his children; he’s now seeking redemption as a peaceful, teetotalling Christian family man aware of his past mistakes and looking to overcome them.

Oh, and I guess there’s meant to be an evil demonic force overtaking this small town, though you wouldn’t know it until the very end. Maybe that’s the next film. 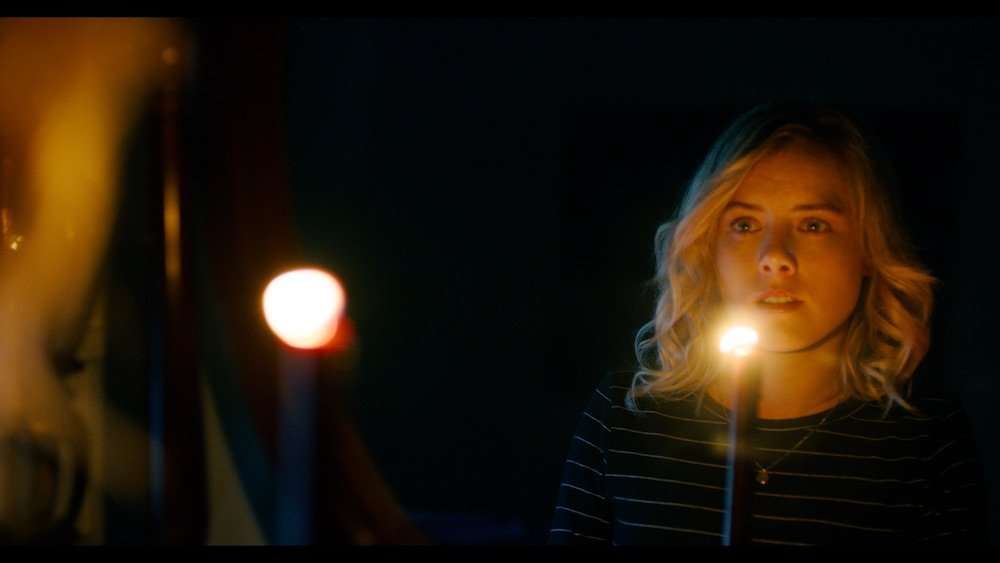 If you wanted to know what a Pure Flix version of a devil possession horror film would look like, then just grab yourself a copy of ALONG CAME THE DEVIL 2. After that opening prologue, it takes nearly a full hour of this barely past 80 minutes movie to get to another sequence of horror. Not even necessarily an effective sequence (in fact, it’s a goddamned jump scare dream sequence) but just a horror sequence all together. Most of the film is spent on interminable, cloying family drama and talks about redemption and faith, all underlined by a seemingly non-stop score of such wholesome saccharine sentimentality that I got sugar shock halfway through.

It’s an odd decision to build most of your sequel around a minor character that was presented as an awful human being in your first film, but DeVan has done that, centering a lot of the film on Ashcroft’s father, who’s trying to atone for his past sins. (It’s not exactly a great idea to make your film about the redemption of an abuser, but go off, fam.) Still there’s a way to approach this correctly and simply plunking us down in the middle of it and expecting us to root for him because the film says so, isn’t the way to go. Especially when the film later on severely undercuts the arc with a wildly idiotic storytelling choice. Look, build the father’s regret, have him make sacrifices and choices that show he’s truly changed and really show the growing relationship with his daughter. None of that happens, instead we just get endless prattle about how sorry he is and how he wants to do better and blah blah blah cheap drama cheap drama cheap drama.

When the film finally remembers its a horror film, it merely turns into a generic and uninteresting slasher film, though the shock of actually seeing blood on screen is a novelty after the soul-draining past hour of utter dullness. And then the film builds to a crescendo that is kinda cool and kinda makes me look forward to a third ALONG CAME THE DEVIL — as long as they don’t revert to whatever this was. I liked the first film well enough, and the end hints at an all out demonic horror show, but Jason DeVan needs to deliver on that promise and not simply drag ass through an hour and a half of interminable drama to get there.