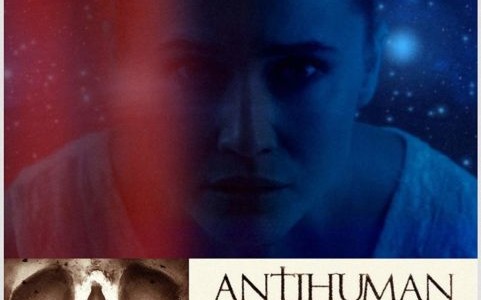 Cinema is a thriving art form. Sometimes it’s easy to forget that fact with big-budget Hollywood hits and everything so easily accessible. Films don’t always have to make 100% sense to be able to be appreciated for their beauty. ANTIHUMAN is marketed as a horror movie, but it is much more than that. The audience is taken for a psychedelic downward spiral into mental illness.

Peggy (Danielle Arden) is joined by her three friends Maggie (Anya Korzun), Avery (Katie Keight), and Catarina (Kathryn Goldsmith) in a journey of self discovery. They return to a tucked away, deserted mental institution where Peggy was raised and her dead mother once worked. The remnants of the past quickly manifest themselves in supernatural forces that tear at the very fabric of Peggy’s already weak mental state. The boundaries of time, memory, and space are twisted by the sanitarium’s heritage of experimentation and insanity. 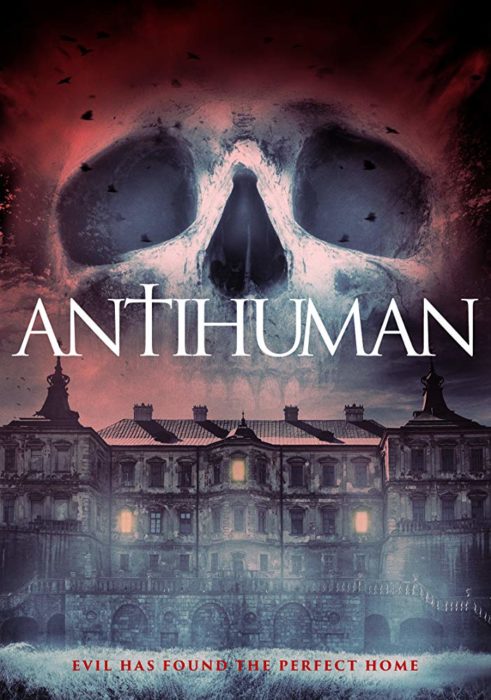 ANTIHUMAN opens with a nuclear fallout warning. I love the aesthetic of this. Without initially knowing anything about this movie, it had me thinking that it was going to be a straight forward post-apocalyptic survivalist film. That would have been fine with me, but to find it had a much deeper subtext of a mental breakdown gave the imagery a much more powerful statement. The title sequence also had a gritty ’70s grindhouse feel to it. These two scenes were an exceptional way to start this movie. 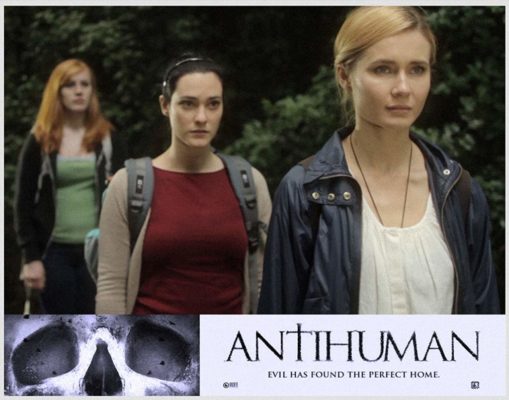 The cast of ANTIHUMAN is small, but well played. You can tell that Maggie is closest to Peggy. Their conversations come across as authentic. It is as if they have been friends for a long time. Capturing that emotional connection isn’t always the easiest thing in the world to do, so kudos to them. I found Avery to be the most down to Earth character. She’s the one everyone should be listening to, and she is the most honest character. She’s that one character in every horror movie that if the other characters followed what they said in the first place, the rest of the movie wouldn’t have happened. I really liked her for that.

At first it seems like ANTIHUMAN has a classic horror set up. A group of women camping in the woods while one of them suffers from mental illness. It seems very basic, and that’s fine. There is a lot of talking, but not much action. At twenty-eight minutes into the film things start to get more interesting. The SUSPIRIA influenced mental breakdown was reminiscent of John Carpenter’s THE WARD or a less stylized SUCKER PUNCH. I particularly enjoyed the demonic hallucinatory visual symbolism. It was super trippy. 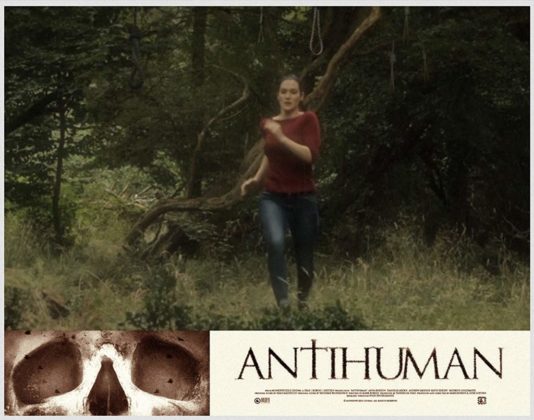 Unfortunately the bizarre cinematography is only intermittent. The movie cuts between that and more boring nature walks throughout the duration of the film. Although, there is one scene during the nature walks I just loved. Peggy has a lengthy conversation with a dead bird’s skeleton and the whole thing is genius. 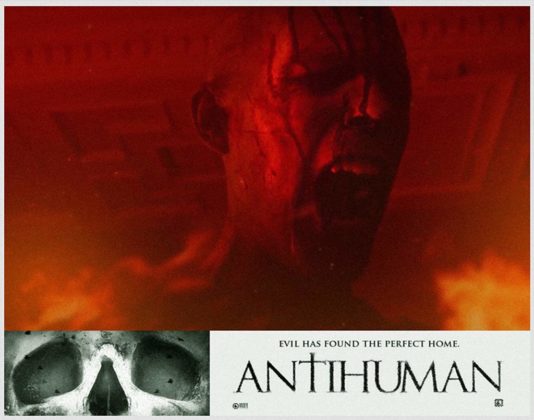 In the third act a male character named Walker (Andrew Jardine) is introduced. He comes across as particularly sinister. He is consistently “mansplaining” things to the female characters and a prime example of toxic masculinity presented in an artful way. There is nothing about this character I like, but I think he is necessary to this non-linear story. He gives ANTIHUMAN tension that is needed. 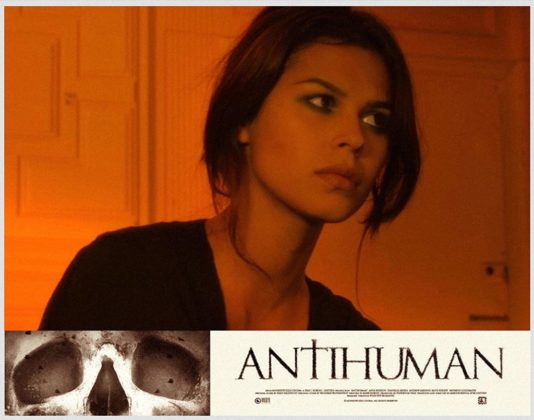 ANTIHUMAN is a movie that is brilliant in its awkwardness. Through the whole thing, I kept debating with myself which characters were real, or if any of them were real. It came across as a feminist Lars Von Trier film. ANTIHUMAN had a very witchy vibe without any witches, and a very Satanic vibe without ever mentioning Satan, which reminded me of LET’S SCARE JESSICA TO DEATH. I appreciate that nothing is explained and is left to the audience to comprehend. A film that does not dumb itself down for its audience is the best kind of movie.