Every horror film has two key moments: the moment when you realize what the film wants to be – commercial, artistic, challenging, safe – and the moment when you realize what the film actually is. The first comes early; we can usually tell within a half-hour if the film is attempting to do something more difficult, building an atmosphere of horror rather than stringing together a series of jump scares. The second moment comes late; it can come during the climax, during the coda, or – in some rare cases – back at home, lying in bed. The more a film wants to be, the more thought you put into what it actually is.

I’ve spent the last few days with THE BABADOOK, trying to understand what the film actually is and why I was so frustrated by a film that has received almost universal acclaim. If I were to write down everything I like about horror films – from the emphasis on the internal to the role of the soundtrack – THE BABADOOK would score highly in almost every category. And still, I waver. Any film that can stick with you for days at a time – that keeps your opinion at arm’s length – is ultimately a more worthwhile endeavor than any number of home invasion and poltergeist films. But I did not make the rules for THE BABADOOK – I did not determine what the film wants to be – and so I cannot help but be frustrated with what the film actually is. 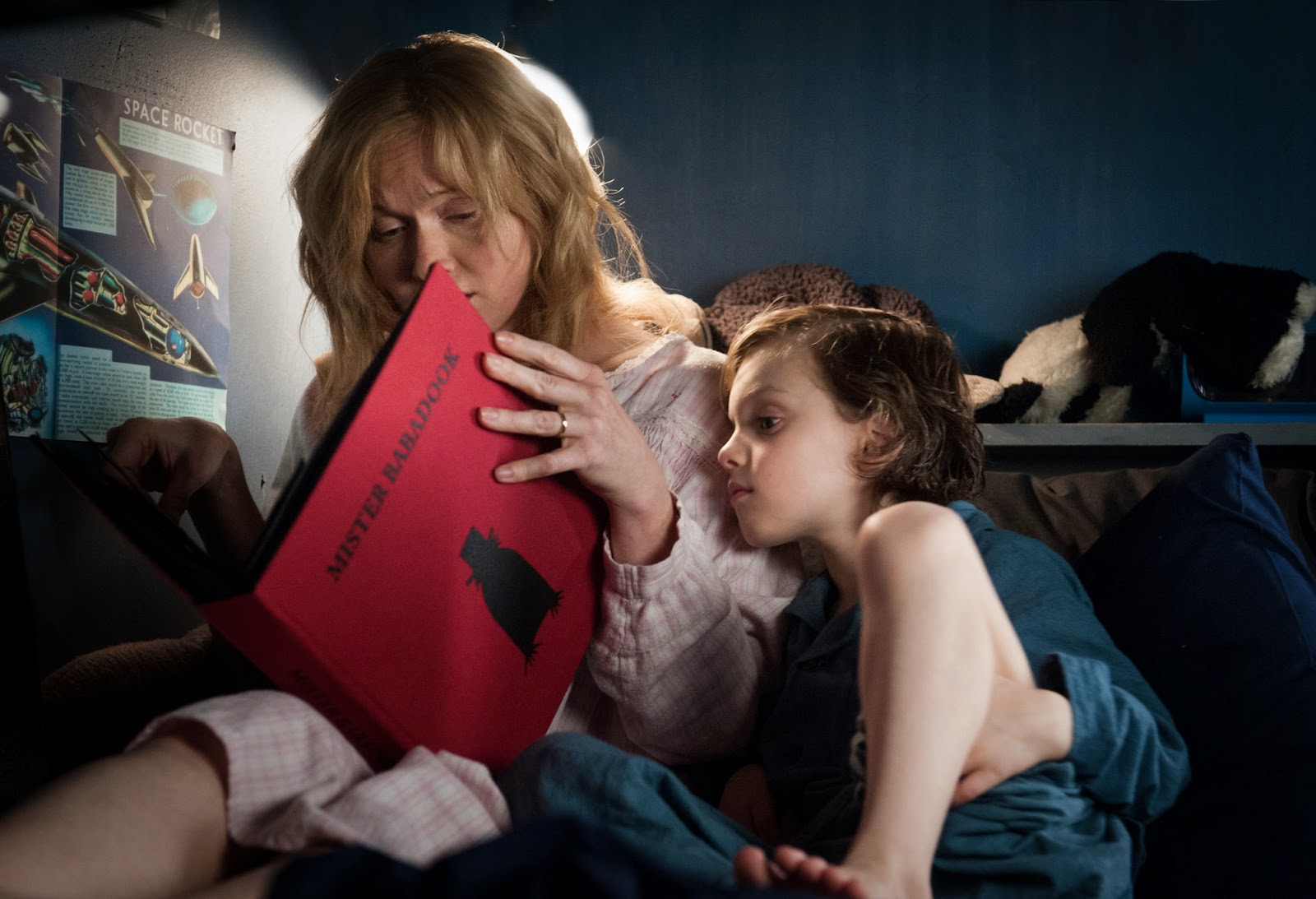 Amelia (Essie Davis) is a single mother raising Samuel (Noah Wiseman), a young boy with a vivid imagination and an obsession with movie monsters. The home they share together is the family’s sanctuary. Outside, people look at Amelia with thinly-veiled pity due to her status as a single mother of a difficult child. Outside, Samuel is looked down upon by school administrators and mocked by his own cousins. It is not until Samuel becomes obsessed with a dark bedtime story – The Babadook, the tale of a monster who visits children at night and steals them away – that Amelia’s domestic life begins to fall apart.

The central tragedy of THE BABADOOK is the collapse of Amelia as mother. Unlike most victims of cinematic psychopathy – Jack Torrance in Stanley Kubrick’s THE SHINING, say, or SESSION 9’s Gordon Fleming – Amelia is not a woman with untapped potential for cruelty or madness. She is anyone, any countless number of single parents – male or female – who find the act of raising a child to be a slow unraveling of their own sense of the individual. The beauty of THE BABADOOK lies in how this information is revealed. Amelia loves her son but has trouble separating his presence in her life with the loss of her husband; from the moment Samuel was born, Amelia has been too busy to grieve, to properly devote herself to her own wellbeing. Her frustration towards her son – especially as he struggles with emotional outbursts that hint at more serious development issues – is both understandable and, in the context of the film, completely relatable. She is doing the best she can and it is not enough.

You could remove all mention of the titular creature from the first half of THE BABADOOK and lose none of the film’s claustrophobic atmosphere. Too much has happened to Amelia – too much trauma, too much responsibility – for her to emerge fully intact. The longer we stay with her, absorb her mental state and begin to understand how tightly wound she’s become, the more we recognize that Something Bad is going to happen.

As a psychological horror film, the movie is peerless, delicately plucking the threads of the familial bond between Amelia and Sam until nothing but darkness is left. As a modern fairy tale, THE BABADOOK also impresses; the creature seeps in from the corners of the screen, even replacing the classic movie monsters during Amelia’s late-night channel surfing as she tries to combat her insomnia. For most of the film, THE BABADOOK moves freely between these two types of horror, never tipping its hand as to whether the monster is real or a creation of Amelia and Sam’s reclusive madness. Jennifer Kent – in her dual roles as writer and director – lives on the line between fantasy and reality, giving THE BABADOOK a dark ambiguity that only amplifies the sense of dread.

In fact, this may be the biggest problem with THE BABADOOK. It does its job too well, inviting the audience too deep into the problems of Amelia and Sam, to ever allow the Babadook itself to take center stage. The film often flirts with the tradition of German fairy tales; in fact, the best analysis of the film might come from a folklore expert, someone who can peel apart the layers of fantasy and social commentary to show how the different pieces fit together. And although the ending of THE BABADOOK seems more aligned with the traditional fairy tale ending, it was hard to reconcile the dark fantasy of this conflict with the psychological realism of the first half of the film. THE BABADOOK makes Amelia’s financial and familial concerns such an intricate part of her deconstruction that it seems necessary for the movie to address these concerns head-on in its resolution. At the moment when Kent should have brought the real world crashing down around her characters, she reveals THE BABADOOK to be, ultimately, another bedtime story. 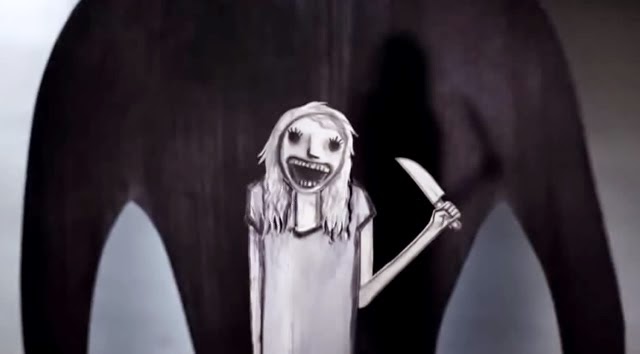