Home  ⁄  The Wire  ⁄  [THE BIG QUESTION] WHAT MOVIE DO YOU ASSOCIATE WITH LOSING YOUR VIRGINITY? 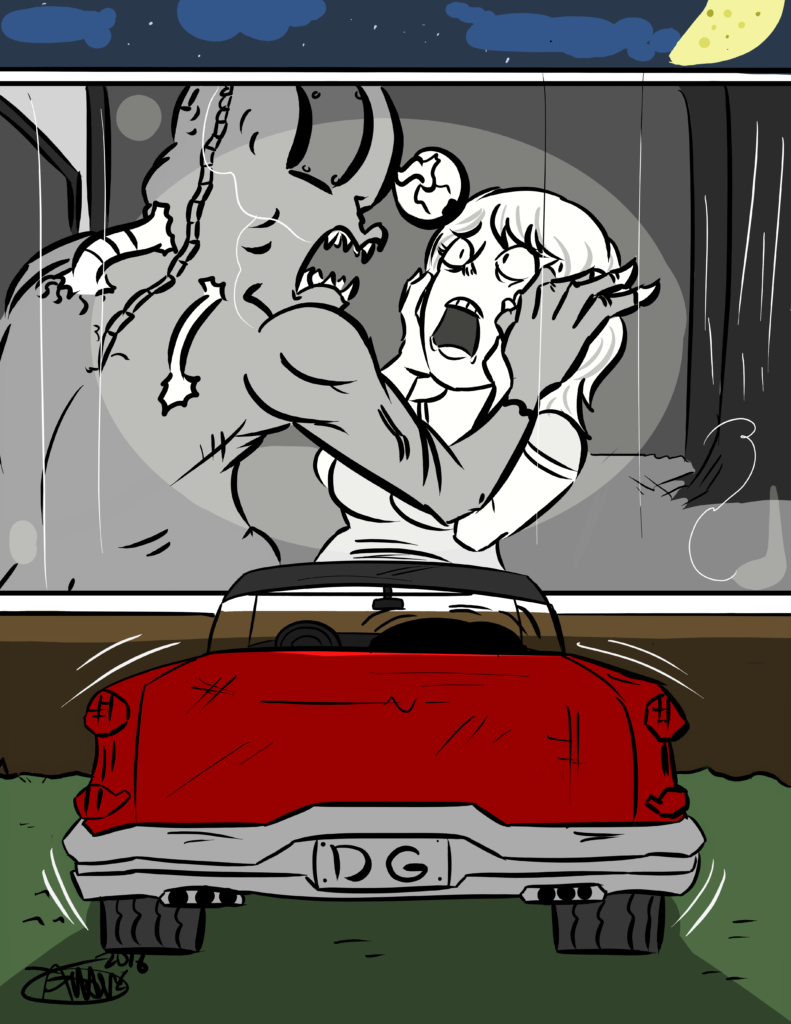 Love’s in the air! It’s like a fine mist. This week’s question came from our pal McBeardo, so he’s up first…

WHAT MOVIE DO YOU ASSOCIATE WITH LOSING YOUR VIRGINITY? 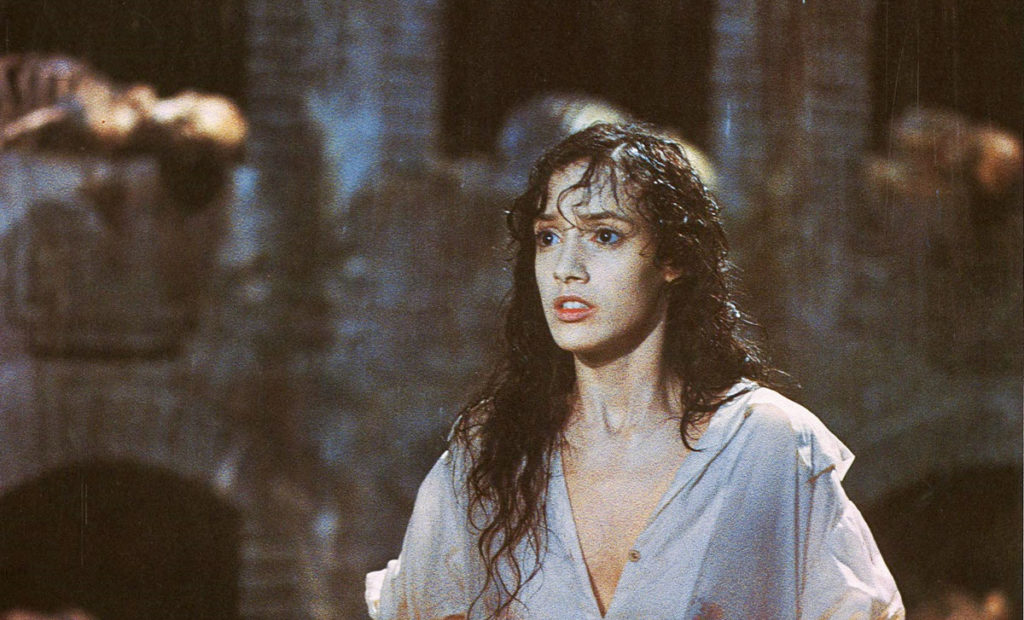 MIKE McBEARDO McPADDEN: THE BRIDE (1985) — saw it at the Newton Twin in Newton, NJ. Held my first girl hand, touched my first girl boob at the theater; lost my McVirginity on a rock along the bonny, bonny banks of Lake Mohawk afterward. I turned 17 shortly thereafter — as in like an hour or so thereafter. 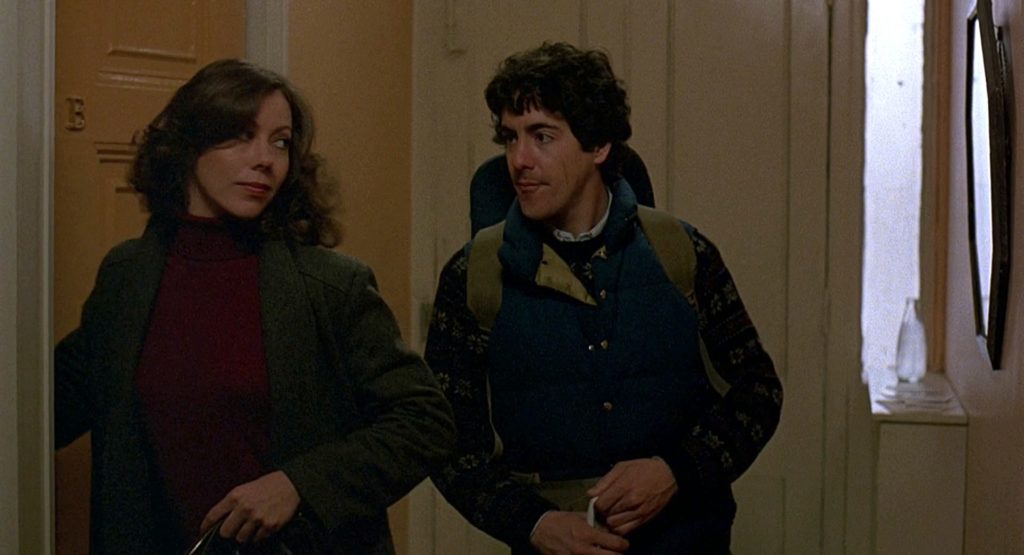 MAC BELL: Official answer: AN AMERICAN WEREWOLF IN LONDON… First sex scene I ever saw as an adolescent. More than just wolf snouts and claws were growing that day. Afterwards, I always hoped the first time would include a sexy British nurse, a shower and a Van Morrison tune. Instead, it revolved around a kegger, someone’s front yard, and a Winger ballad. Such is life.

MIKE VANDERBILT: Mine would be THE PHANTOM MENACE. I spend 19 years of my life thinking about it, looking forward to it, just wanting it so bad (and even being a little bit afraid of it) and then when it was all said and done, I felt empty and disappointed, even a little bit resentful. I also didn’t really get it right until 2015.

Now, my second time having sex is more atypical… it was in a shitty Northside Chicago apartment with a girl who played Magenta in the local Rocky Horror cast. I was 20, she served me a Guinness, we watched AMERICAN POP, and then she led me to her absolutely filthy bedroom. 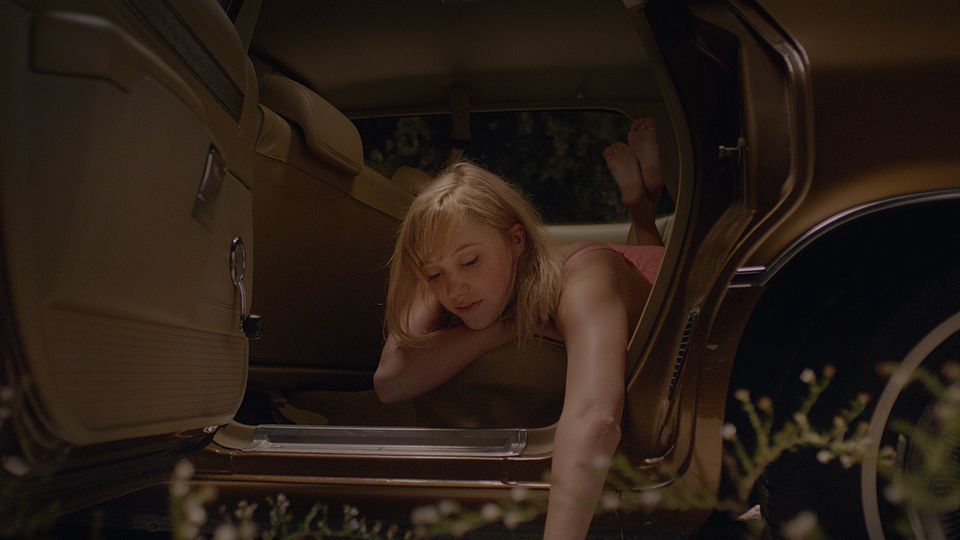 NATHAN SMITH: Losing your virginity is one of the most crucial milestones in life. You live with the positive or negative consequences of it. The one thing that never goes away is the memories. You may or may not still be with that person, but you’ll always remember your first time. That’s why my answer is IT FOLLOWS. Because for better or worse, that experience sticks with you. It’s always in your rear-view mirror. And as far as you can try, you’ll never get away.

ANDY VANDERBILT: I’d probably say HEAVY METAL. It’s weird, it’s not perfect, and it goes through a lot of emotional changes throughout its run-time.

PATRICK SMITH: My first time came about because of some shady shit I should have been smart enough to avoid, 36 hours without any sleep, and winding up in a hotel room I couldn’t afford, soaked to the bone from a rainstorm with a girl I hadn’t seen in eight years. It took all of these events to lead to the mutual concession to strip down and share the bed, neither of us thinking it was going to lead to anything more than a deep sleep. As such, whenever I watch KISS KISS BANG BANG, there’s a bit in the last act of the movie with the two of the main characters — it’s almost eerie how similar it is. However, where that scene ended with a huge argument, my situation had a much happier ending for all involved. 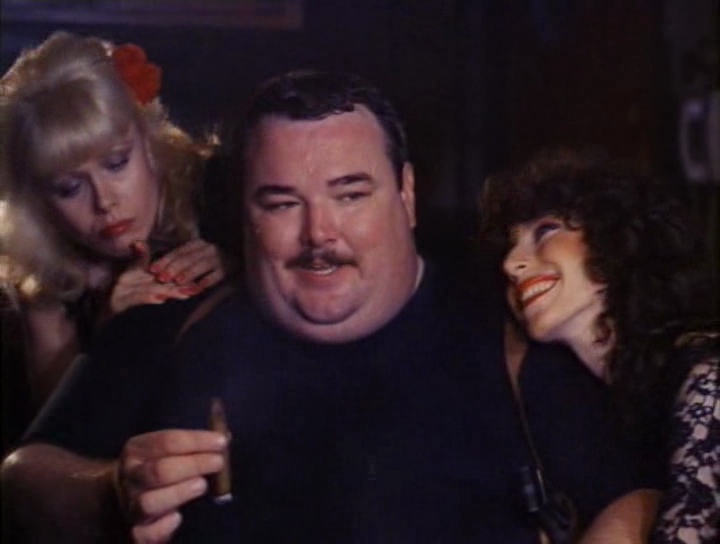 JEREMY LOWE: Not so much when I lost my virginity, but one of the first times when I realized I was attracted to heavyset men, was when I saw THE TOXIC AVENGER. I got to rent it by accident when I was really young. It wasn’t the boobs that sent something stirring in my pants, but rather seeing a shirtless Mayor Peter Belgoody (Pat Ryan) getting a massage. Fuck, all that hairy jiggling flesh turned me on! Better yet, the made-for-USA network cut of the movie had the gore and boobs cut out, so they filled it with more shots of the near-nude Mayor Belgoody. The scene where he chats with his goons while wearing nothing but white cotton briefs will forever be etched into my perverted brain. THE TOXIC AVENGER may have taken place in Tromaville, but Mayor Belgoody gave me a one-way ticket to Boner City! 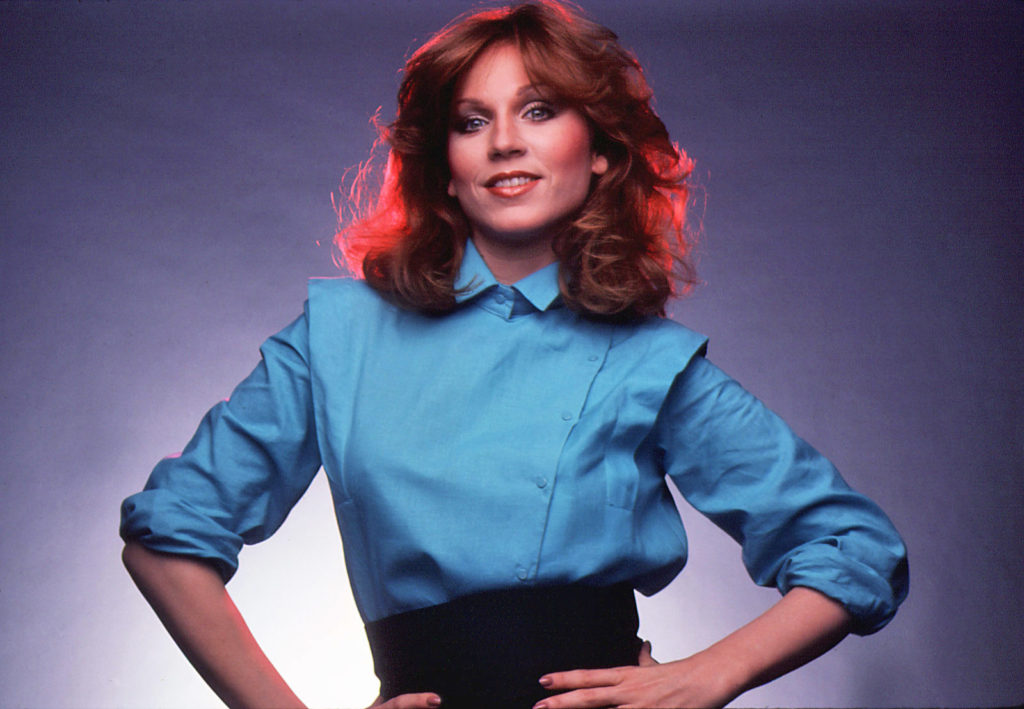 MIKE McGRANAGHAN: I once saw a talk show where Taxi star Marilu Henner was interviewed by Bob Costas. She told a story about losing her virginity, standing up in a shower, on the night of the moon landing. That kind of ruined her for me as an actress. To this day, I cannot see Marilu Henner without thinking about that anecdote. It was the most personal, intimate detail she could have shared. It was a prime example of TMI (Too Much Information) and, fairly or not, it cast a shadow over her performances in my eyes. Because I would very much like people to continue to enjoy my work without the distraction of personal overshares — and with all due respect to my DG colleagues who have bravely chosen to respond — I will refrain from providing an answer. I will also apologize if I have now ruined Marilu Henner for you.

KATIE RIFE: My first time wasn’t anything like the movie (which was probably for the best), but I’ll always associate it with BLUE VELVET, which I was really into at the time. That feeling of depravity, of danger, of something sensual and sinister lurking just underneath the surface of small-town America: Those things all intrigued me, shaping my sexual imagination for years to come. Compared to that, the actual event was pretty boring, but we did watch my VHS copy of BLUE VELVET for approximately the dozenth time afterwards. 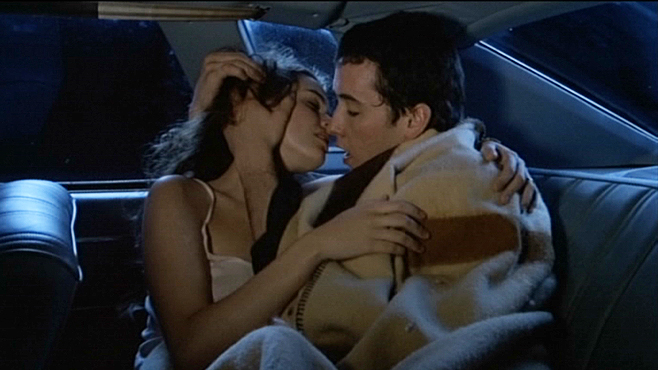 JON ZILLA: One of my first movie dates was to see ROB ROY, which, if you’ve seen it, sort of explains why it isn’t my loss-of-virginity story. As to the question at hand, and at the risk of compromising my legendary tough-guy image, I’ll cite SAY ANYTHING, specifically the “Are you shaking?” bit — that’s a detail with the very specific ring of truth to it. I’ve shook. That’s all I’ll say about that.

And then back in line with my legendary tough-guy image, I’ll cite HEAT, a movie I saw the same year as ROB ROY, not because it has to do with anybody’s first time, but because there’s a moment in that movie that comes closer than anything to capturing my own experience with intimacy: Neil has that night of connection with Eady, stunningly profound and unusual for the both of them, but he’s dressed and gone before daylight. But before he leaves, he puts a glass of water on her night table while she sleeps — with a napkin covering the glass to make sure he doesn’t leave prints behind, due to being a career criminal and all. The water is everything. It’s a considerate, even tender gesture, but in the end it’s only a gesture, and all he knows how to do for her is leave.

[PLEASE NOTE: In reality. this is what they call “ghosting,” and in my experience, if you’re the Neil in the situation, it doesn’t go over particularly well with the Eadys.] 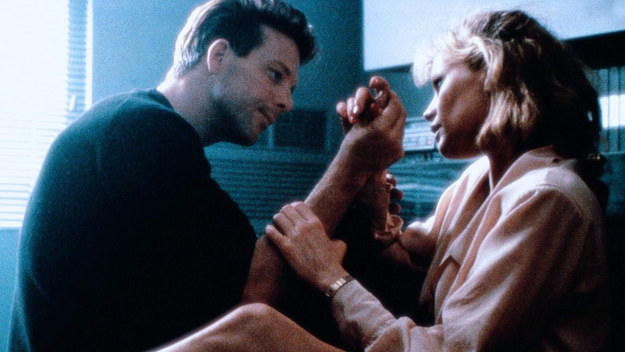 WENDI FREEMAN: I watched NINE 1/2 WEEKS with the guy I lost my virginity to, who was ten years older than me and thought I was 18. I was bummed out that our sex wasn’t nearly that stylishly-lit.
MIKE VANDERBILT: Speaking from experience, a simple red light bulb and Tangerine Dream on the iPod does wonders. 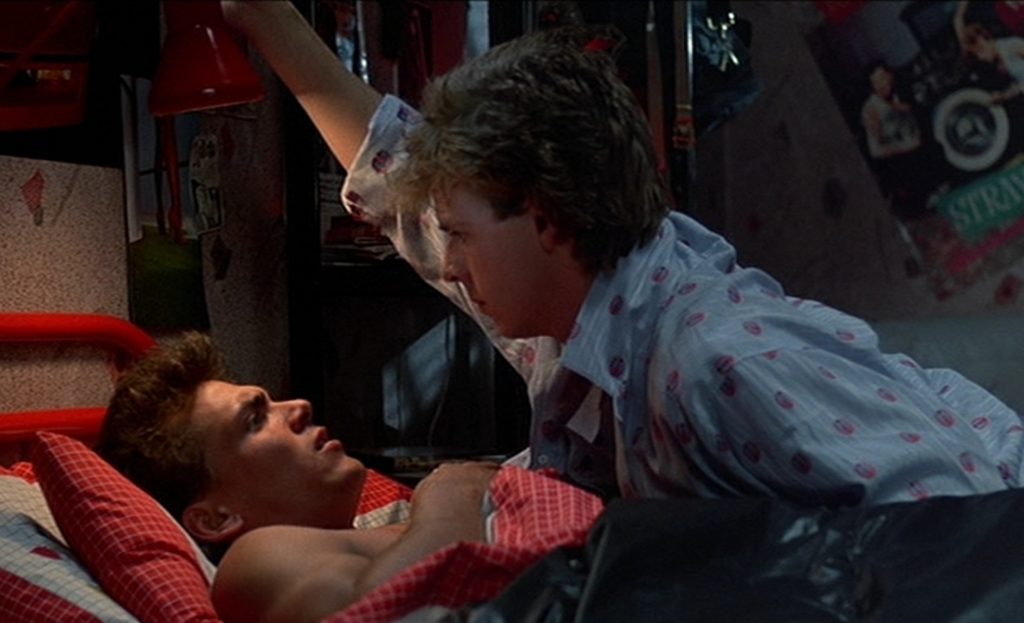 MIA MAYO: My “losing my virginity” story is really boring and not very special. I couldn’t understand why everyone was so insistent that sex was so amazing. Pizza and NIGHTMARE ON ELM STREET 2 was way more titillating. But then I bought GIA on VHS and was like, “Oh.” 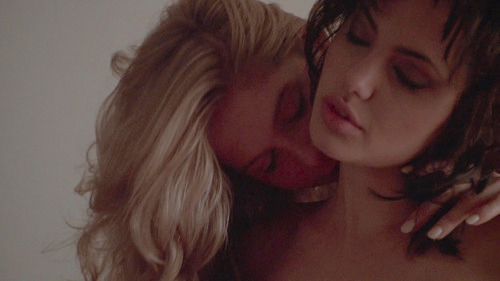 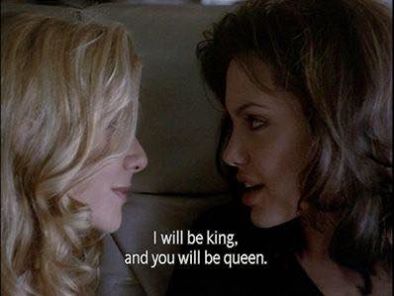