Home  ⁄  The Wire  ⁄  [THE BIG QUESTION] WHAT MOVIE GADGET DO YOU WISH YOU COULD OWN?

JAMIE RIGHETTI:  Because I still really want Yara’s shell compact e-reader gadget from IT FOLLOWS, I propose this group question: what really cool movie gadgets do you wish you could own? They can technically exist, but we all know Marty’s hover board will beat the real thing any day, so let’s see what you’ve got!

TRISTAN RISK:  Easy. The ship from FLIGHT OF THE NAVIGATOR… I’m pretty sure that alien technology can fall under the realm of ‘gadget’, right? I was pretty young when that film came out, and I remember it confused me with the laws of time and whatnot. But between that and E.T., I’m pretty sure that is where I got my fear of government officials and men in suits. But that ship with it’s super-slick design was unlike anything ’80s kids had really seen, outside of anime at that point, and with a collection of awesome otherworldly travellers (or pets? I disremember which), this ship was voiced by — wait for it — Paul Reubens. I’d love to be able to cruise around with that, confusing the hell out of the military, and more importantly, taking it to Burning Man, with the purpose of passing it off as a swanky art car… 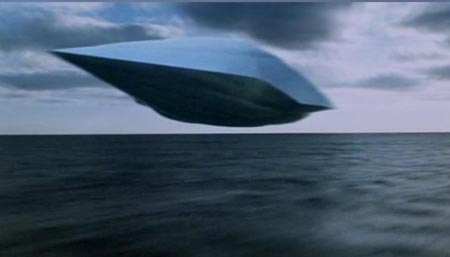 KEVIN MAHER:  It doesn’t have a high-tech science-fiction name, but I would like the language translator seen and heard in THE LAST STARFIGHTER. I live in New York City, and there are so many different languages being spoken. I guess wanting to understand my fellow man makes me a real New York Liberal. And wanting to understand but not putting in the effort to learn the language makes me a real Ugly American.

BRETT GALLMAN:  As a member of the generation that was raised on BACK TO THE FUTURE II, I almost feel bound by duty to at least mention the hoverboard, but let’s be real: I could never quite figure out a skateboard, so you could imagine what a disaster this sort of thing would be without wheels. There’s no way it doesn’t end with fire, broken bones, lost limbs, or some combination thereof.

No, l think something a lot more safe and practical is in order, which brings me to the “Napper Crapper,” a recliner by way of a Swiss army knife. Who among us hasn’t wished for this sort of throne for the home theater of our dreams? Even though the version in STAY TUNED is equipped with a built-in TV, fridge, and a toilet, I’d probably just settle to have the fridge. Hell, I’d probably just settle to have a nice Blu-Ray release of this movie. If I’m being real, this explains why I actually chose to write about the abominable Napper Crapper: To raise awareness of our national lack of STAY TUNED on Blu-Ray. 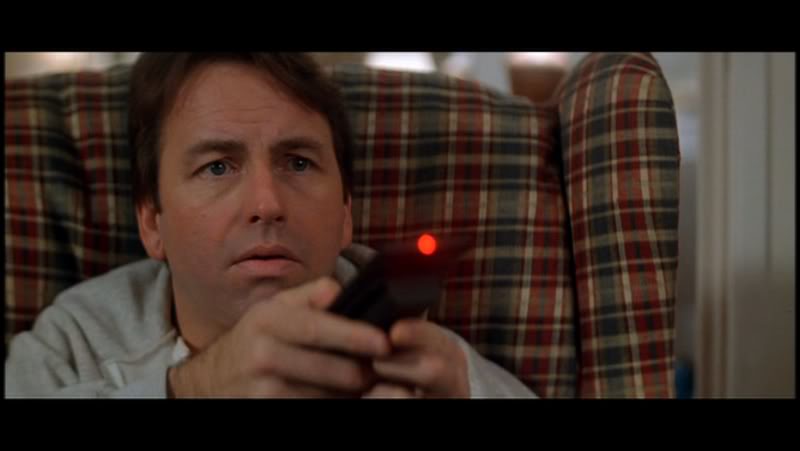 RICH MAIER:  If the Tardis counts as a gadget, then I could really use one. 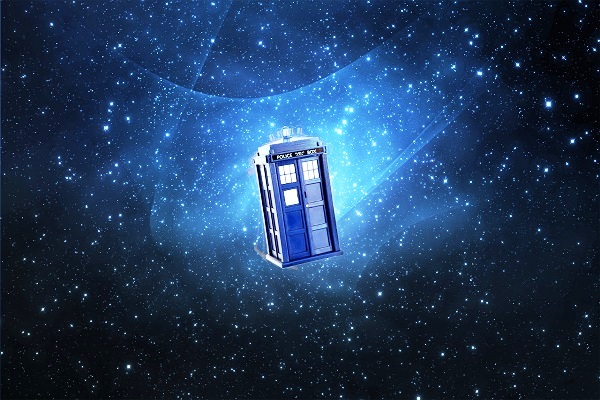 ALBERT MULLER:  I’m assuming the Matrix is not a gadget, which is a shame, as I would like to know kung fu. But I think I’d have to go with the Hitchhiker’s Guide to the Galaxy. It’s like the internet, except it only wants to help you, never gaslight. I’m not sure we could ever make the words DON’T PANIC large or friendly enough, though. That seems like it’d be important. 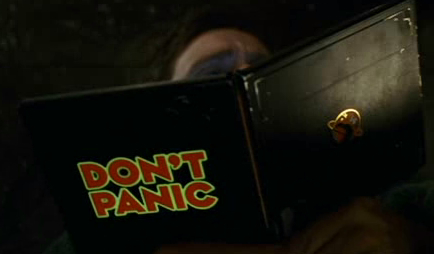 ANYA NOVAK:  The movement-based user interface from MINORITY REPORT. With the Kinect, VR, and motion-sensing tech we are inching closer, but we’re still not on the level that was on display in that movie. Tom Cruise had those LED-tipped Nintendo Power Gloves, and was swiping screens before Apple made it cool, looking like he was conducting a symphony. Add in those sweet sliding screens to move information from one transparent monitor to another, and I’m in geek heaven.
MATT WEDGE:   I’m not a big STAR TREK fan, so I don’t know if the process of “beaming” someone up has a more technical name from the show/movies, but I’d love to have a safe form of teleportation like that for my life. I’d love to live where I am, but beam up to Chicago to see friends, then beam to L.A. or New York for special retro screenings, and then back home to sleep and work. And don’t even get me started on how many film festivals I could get to if I didn’t have to worry about paying for flights and lodging… 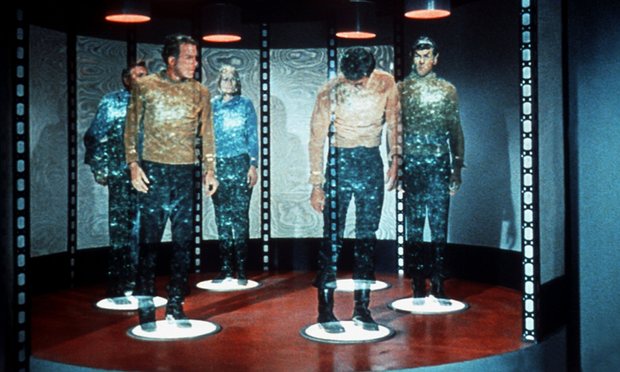 MIKE McGRANAGHAN:  The movie itself is no great shakes, but I wouldn’t mind owning Adam Sandler’s remote control from CLICK. Sometimes life seems like it moves so fast, especially as I watch my son grow up and wonder how eight years went by in a flash. I’d like to pause certain moments just to savor them even more. Other times, it would be fun to rewind and re-experience things from my life. If had this gadget, I’d rewind back to 1977 so that I could see STAR WARS for the first time again. I’d also rewind and not buy that ticket to DEUCE BIGALOW: EUROPEAN GIGOLO.

PATRICK SMITH:  I don’t know if it qualifies as a gadget, but if I had access to the kitchen in the HANNIBAL TV show… hoo boy the mind boggles. I mean, sure, I’d only use it to make steak and eggs, Irish stew, and grilled cheese but they would be DECADENT. 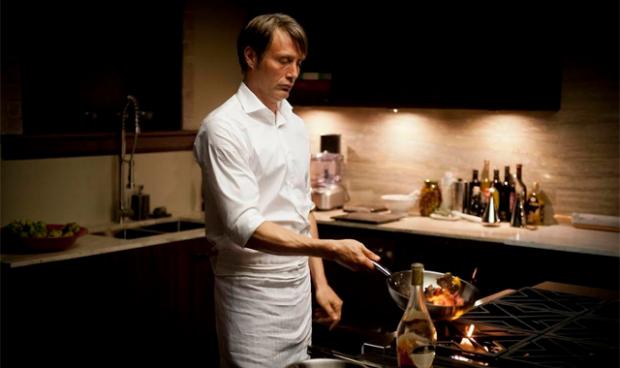 ROBERT DEAN:  My vote is a bit juvenile, but I’ve always been partial to Teddy from Spielberg’s A.I. He just seems like a great companion and source of comfort and provides many moments of heartbreaking sincerity. I’m not really into stuffed animals, but a jacked up Furby with the processing power of a super computer seems like a great invention to have. Especially in the chaotic times we’ve been experiencing.
JEREMY LOWE:  Being a new home owner, I need to get myself a good home security system. I would have to say the best I’ve seen are the killbots in CHOPPING MALL. I’ve always said that if I caught someone breaking into my house, there wouldn’t be anything left of them. If I had some killbots protecting my property, I wouldn’t even have to get my hands dirty. So if any damn kids break in looking for a place to party, they’ll get blown up with friggin’ laser beams! Win-win! 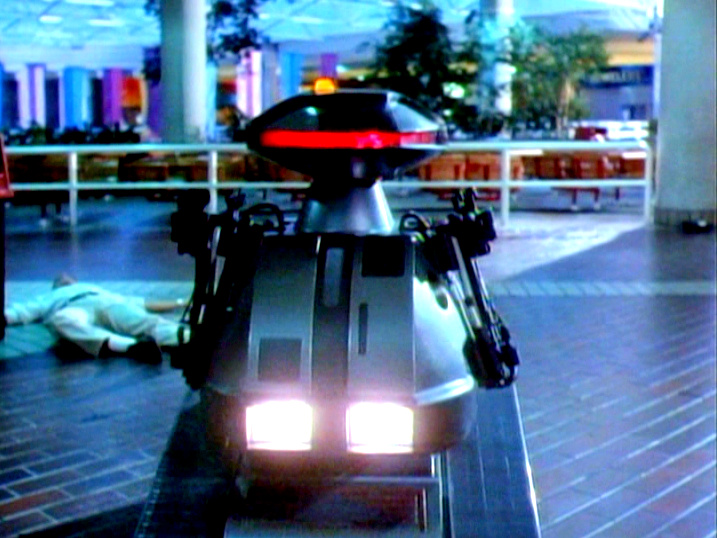 IVAN INFANTE:  That thing from MEN IN BLACK [the neuralyzer], because I’ve done a lot of things that in the moment I wish I could make everyone forget. 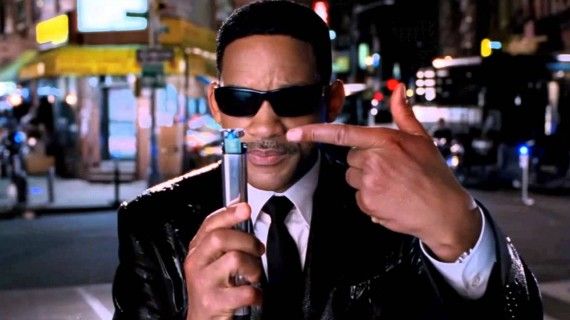 JON ZILLA:  The electro-shock chastity belt from HELL COMES TO FROGTOWN. Not that it’d be particularly comfortable, but it’d keep me out of a lot of trouble. 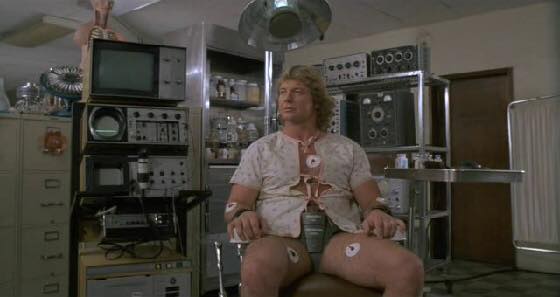 MAC BELL:  The backseat disintegrator from the HARRY CANYON segment in HEAVY METAL. Not that I would ever use it, but I’m guessing if folks just knew it was there, it would eliminate all backseat driving.