Home  ⁄  The Wire  ⁄  Some Body Horror To Love: An Introduction 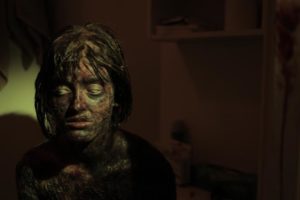 You wake up in the middle of the night, sweaty, sick. A piercing pain grips your stomach, doubling you over, making you pant. Your intestines flip-flop, nausea rolling through you, your head cracking with thunderous electricity. Your body is in revolt, turning against you, malfunctioning in ways that you fail to comprehend even as the physical torment mounts. 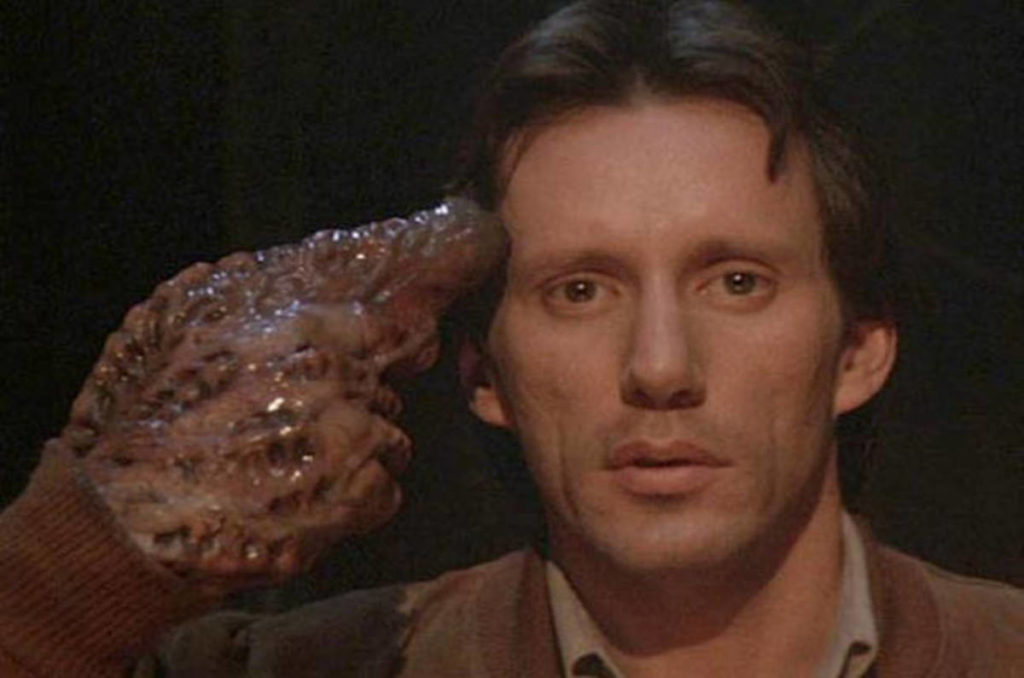 As I write this, I am suffering under twin hazes of discomfort — one from a respiratory infection that does not seem to want to quit, forcing into jagged and violent coughing fits, and the other from a vice-grip back pain that has held my spine in its icy clutches. It’s making it damn near impossible to concentrate on this task, but it also, ironically, makes it the perfect entry point as I embark on this new journey. For I am going to be talking about the most personal of all horror subgenres, the one that hits us closest to our inner selves: the body-horror movie. 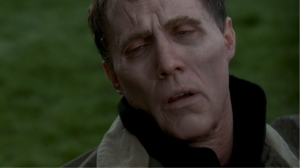 What is body-horror? It is, quite simply, exactly what it sounds like: horror in which the terror is sprung not from a serial killer, monster or ghost, but from within your own self. The body is a strange, quixotic, fleshy machine, and one prone to massive breakdowns. It’s a lurid, organic computer, and one that remains all the more terrifying for being so alien to us. Body-horror movies use this as fuel to tell stories of our bodies mutating and revolting against us as filtered through the lens of the dark fantastique, exaggerating an already frightening process. 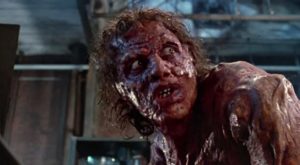 Why am I fascinated by body-horror? We have all been sick, in pain, have all suffered some sort of malady that distressingly lays us up and makes things wholly uncomfortable to live. Sometimes we are blessed with it just being a temporary thing; some of us are not so lucky, cursed with chronic and ceaseless pain. This is what makes body-horror films so uniquely terrifying. There is something safe, almost cuddly, in the cinematic terror wrought by slasher icons and campy creatures. Even if the movies scare us, jolt us, freak us out, we know we will be safe once the credits roll; there won’t be a one-eyed extraterrestrial beastie or some lumbering zombie man in a hockey mask waiting to slaughter us.

But we all face the specter of our body turning against us, suddenly and without warning. The ghosts of sickness, cancer, death and aging. And though body-horror, like all horror subgenres, pushes its way into the extreme, there is still, always, a nugget of hauntingly relatable truth in these films. A lot of writers have described the chest-burster scene in ALIEN as a sort of parable on the rigors and violence of childbirth, but screenwriter Dan O’Bannon wrote it after being diagnosed with a painful and debilitating stomach disease that made him feel that his intestines were about to explode from his body. O’Bannon used the struggles of his own anatomy to drive what has become one of the most iconic and terrifying scenes in the genre. 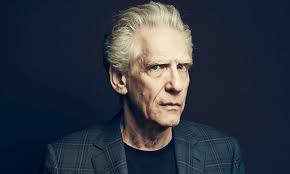 Many filmmakers have made successful careers out of plumbing the diseased depths of the body-horror subgenre. Frank Henenlotter, Brian Yuzna, Stuart Gordon, and, especially, David Cronenberg are among the many directors who owe their entire working career to the world of body-horror; hell, Cronenberg’s dabbling in and fascination with the bizarre machinations of the human self helped coin the term “body-horror.” We all know their films, and we all know the strange and hyper-grotesque imagery of them: James Woods’ vaginal stomach opening in VIDEODROME; the head-gives-head scene in RE-ANIMATOR; the “shunting” that climaxes. 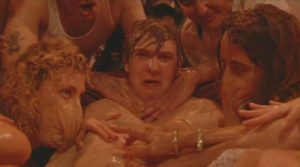 It is in this spirit that this column exists, to celebrate this repulsive, depraved, and, most importantly, highly personal form of horror. Because what is scarier than your own body turning against you?