Urban legends live forever, especially those with grains of truth mixed in. For 40 years, CANNIBAL HOLOCAUST has ridden hard on those legends.

I remember growing up hearing whispers of “that” horror movie that looked so real it was investigated as potential snuff. “Did you know they killed a turtle? Did you know they actually burned people alive in that hut?” What’s fact and what’s hyperbole though? As a birthday gift to the mother of all cannibal exploitation films, attempts will be made to sift through some of the bigger ones.

Though by today’s standards there are definitely more gory horror —cannibal movies especially—Ruggero Deodato’s CANNIBAL HOLOCAUST (1980) still sets itself apart in disturbingly good practical effects and in horrifying content in general. The depravity of man, and exploitation of those white outsiders see as animalistic or below them is the undercurrent that keeps the tension high between major set pieces; something a lot of its descendants could stand to learn from. 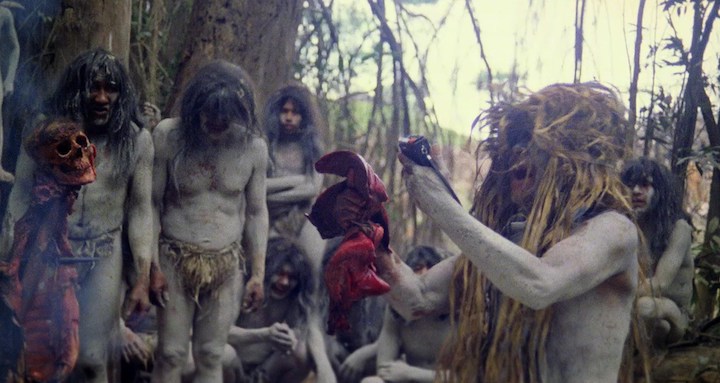 To that end, the rumors surrounding the film as investigated as snuff are very true. Mockumentaries weren’t as established a genre then as they are now, and the iconic image of the woman impaled on a log sent people into a frenzy. In a similar case to Japan’s infamous GUINEA PIG series, the effects team had to prove that the effects were fake to avoid a murder charge. Obviously, this was a free publicity gold mine, but upon rewatching it’s honestly upsetting that they focused so much on that potential murder and not say: the gang rape, the other attempted gang rape, or the woman who gets sexually violated to death within the first half hour. The silence on that front when they were seemingly so worried about the film being authentic does not age well. The fucking turtle got more concern.

Not to say that isn’t a problem in and of itself. The slow mutilation of a captured turtle is the only death in the film that is very real, and it’s ridiculous that it happened in the first place. It adds nothing. It serves no purpose. They were starving to death and had to catch whatever they could, fine, but you couldn’t think of any other way to show that then slowly killing a live animal for shock value? Really? That better have been one take.

It’s unfortunate that things here and there leave a stain on a film that is otherwise fairly groundbreaking and very well written considering. Obviously, the practical effects were astounding for the time, and they do still hold up quite well almost half a century later. There is so much social commentary for its time and the characters we follow are so morally bankrupt that the film is hard to watch mainly because of how they act and talk about everything around them. It’s Heart Of Darkness on a bad acid trip. 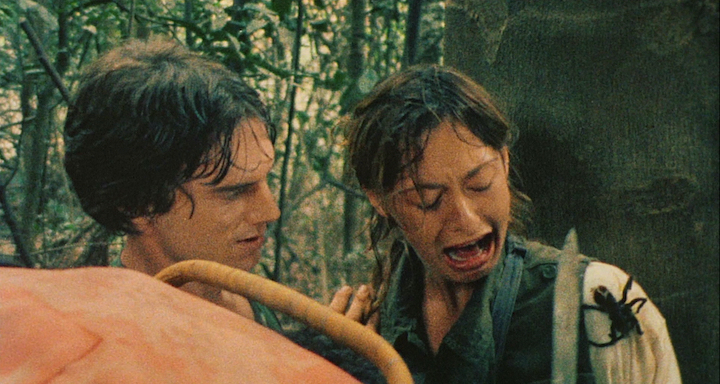 It’s a deep, probing treatise on how white scholars and anthropologists can have a nasty habit of treating the peoples they’ve decided to study like lab experiments. Yes, there’s blood, yes it’s an exploitation movie, yes technically speaking there are way more extreme films out there now that dwarf the shock value CANNIBAL HOLOCAUST once had, but the original is still legendary and controversial for a reason, and it’s not the reasons that flood the rumor mills.

That film struck a nerve, somewhere uncomfortable and deep. It still does. It’s painful and hard to look at, but not for why people say it is. The turtle is horrible, the shot of the woman is iconic, but these are drops of water in an almost three hour long ocean of madness and dehumanization. It’s disgusting, it’s awful, and it one hundred percent has earned its place in the Library of Congress’ list of important films. 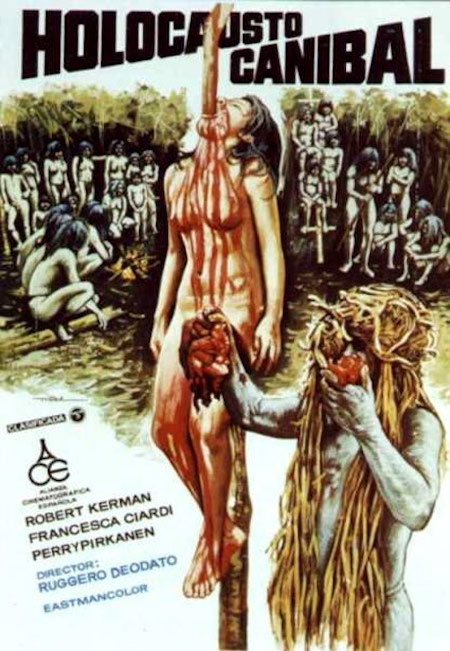