Harley Quinn is a tough nut to crack. There have been more mediocre and badly handled stories revolving on her than good…certainly more than great. Fortunately, BIRDS OF PREY: AND THE FANTABULOUS EMANCIPATION OF ONE HARLEY QUINN nails the character in a way I’ve rarely seen outside of Paul Dini/Bruce Timm media.

Partially moved forward with infectious sarcastic monologues, BIRDS OF PREY follows Harley Quinn (Margot Robbie) trying to find her own strength and identity following her breakup with (being thrown out on the streets by) the Joker. This is complicated by the fact that now that she lacks a “master” as she calls it, everyone she’s ever wronged (shown on screen in animated doodle format of Name and Grievance) has decided to come howling for her blood; from the Gotham PD, to the roller derby opponent whose nose she broke, to crime lord Black Mask (Ewan McGregor). A stolen diamond and several women with scores to settle later, it’s not only Harley who has to worry about being in the crosshairs of Black Mask. 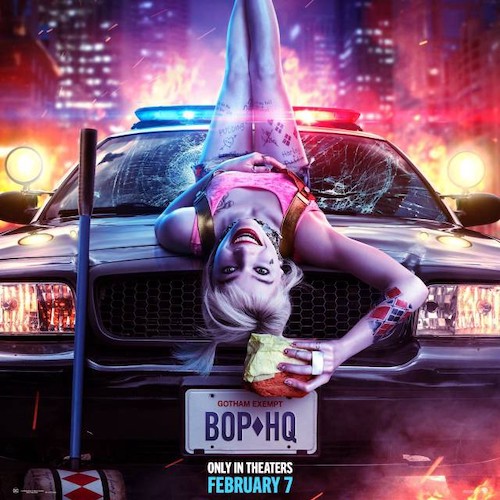 A grating cute but psycho T&A stereotype in SUICIDE SQUAD, Harley gets much needed depth and personality thanks to writer Christina Hodson, letting the character blossom into the fast-talking, chaotic, brilliant anti-heroine fans have known and loved since her debut in comics and animation in 1992. She does not suffer fools, breaking kneecaps in retaliation for being called dumb or a slut by random voyeurs. In her words, “Call me dumb? I have a PHD mother fucker!” And speaking of her PHD…

Harleen Quinzel has a PHD in psychology. She is factually extremely intelligent, something her former outing seemed to ignore in favor of lingering shots of sequined booty shorts. Hodson brings this skill to the forefront, giving Harley multiple opportunities to use her knowledge to psychoanalyze and get into the heads of her enemies and, at times, her companions. That said, a PHD doesn’t prevent you from becoming traumatized yourself, and a fantastic but brief moment in the film showcases a very real coping mechanism for the abused. When she’s in a scenario when she gets treated how she likely was by the Joker, a trigger switch is flipped, and you see her regress to her mental happy place for a short time. Director Cathy Yan makes this moment hyper-stylized, yes, but—from personal experiences of this reviewer—it was also surprisingly accurate and sincere.

But this isn’t just a film about Harley Quinn.

The titular Birds of Prey as characters are a fantastic mix of female representation across age, sexuality, race, and backgrounds. You have Harley, PHD, criminal, abuse victim and survivor. Cassandra Cain (Ella Jay Basco), a young Asian girl who runs the streets pickpocketing to stay away from her toxic, verbally abusive foster family. Black Canary (Jurnee Smollett-Bell), a black child of a superhero who has grown up into a club singer and driver after being plucked off the streets. Renee Montoya (Rosie Perez), a queer, Latina, middle-aged Gotham cop who has been on Black Mask’s trail for years. Huntress (Mary Elizabeth Winstead), a former child of privilege turned violent vigilante.

All of these women have different outlooks, different needs, and wonderfully different fighting styles that all make complete sense with where they came from and how they learned to fight, and within the wonderfully choreographed, brutal fight scenes comes one of the strongest points of the film itself: the ways in which the feminine are made powerful.

Harley Quinn employs grenade canisters full of bright pigment and glitter, giving a colorful and sparkling show when she dispatches those around her. Her fighting style even comes partially from roller derby, an entirely women-run contact sport. Black Canary uses her heels to kick jaws in; Montoya knows what weak spots on women to go for in a brawl and employs a bulletproof corset; Cain is partially a great pickpocket because she can feed into the poor, lonely little girl trope; and Huntress is, well, a badass woman assassin. There’s even a great, quick moment of the ubiquitous black hair tie all women have on their wrist at all times being passed off to another to tie up long hair in a brawl. 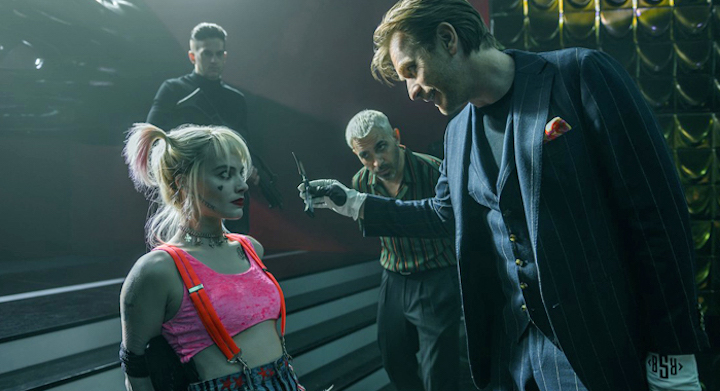 On the other hand, the usually heavy hitting mob boss Black Mask is morphed into a violent, insecure, trust fund man-child. He’s grossed out by fluids and has to have everyone else do his dirty work for him, he can’t handle women laughing at him, he gets Botox, he wears pajamas patterned with his own goddamned face. It’s laughably pathetic, and a welcome shift from psychotic alpha-males that we’re normally swamped with.

Would any of this have happened in a version of this movie not written, directed, and produced by women? No. It really wouldn’t.

All this praise aside, it is not flawless. The wonky pacing and temporal jumping around in the first half can be jarring and make it hard to get into, and even in the stronger second half it can be sloppy at times. The name on screen info dump tactic that did not work in SUICIDE SQUAD was weirdly used again, and only worked slightly better, but it is definitely evened out if not made up for by quick, hilarious dialogue, great character moments, and action scenes more than worthy of the best comic book movies.

In short, even though it requires some time to take flight, BIRDS OF PREY is a beautiful, violent ballet of weaponized femininity. 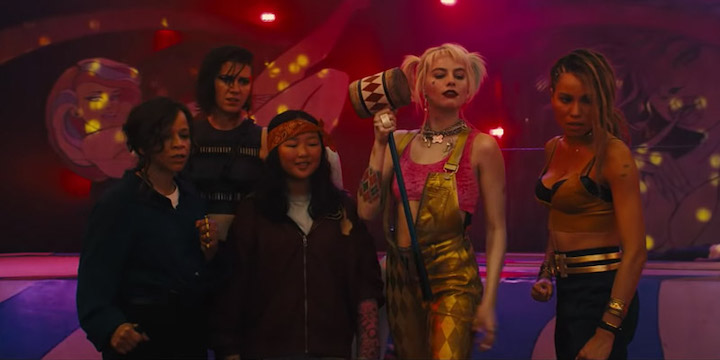