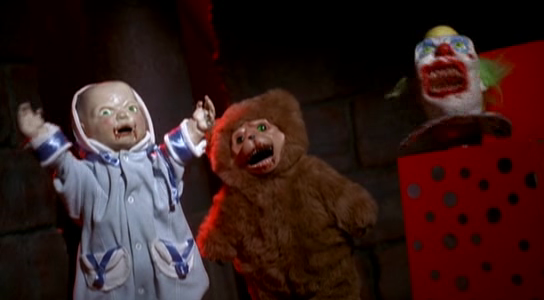 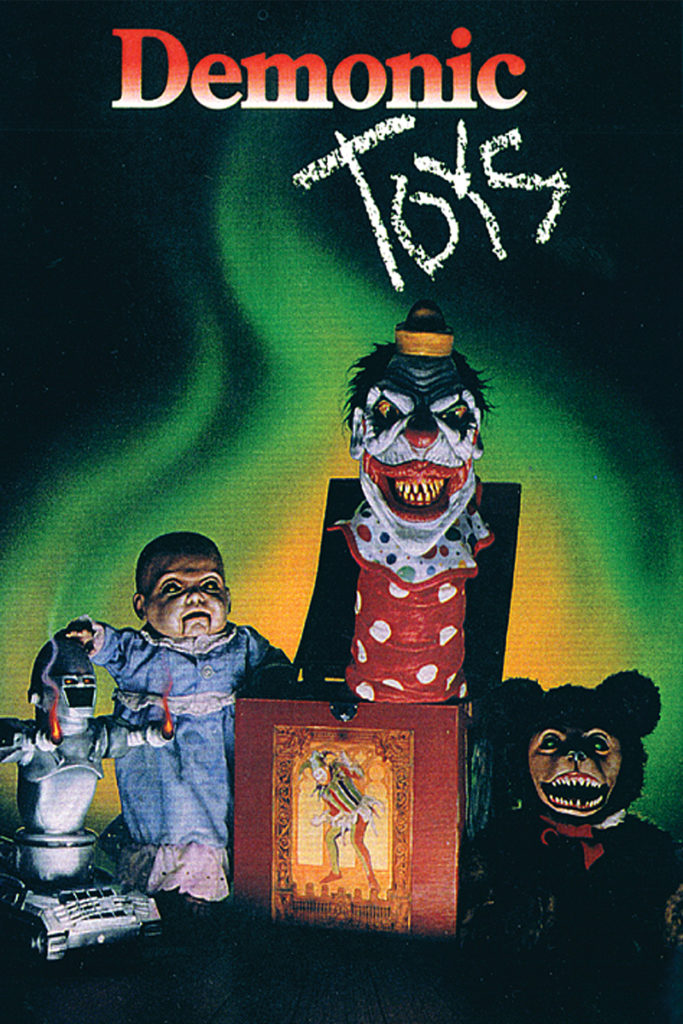 DEMONIC TOYS stuck close to the formula of the original PUPPET MASTER: isolate a group of people in a building and let some tiny, should-be inanimate objects harass and murder them. Now, there were some key changes; instead of PUPPET MASTER’s… well, puppets, we are given evil — some might even say demonic — toys: Baby Oopsie Daisy, a little girl’s doll that confuses swearing with being edgy, a second rate Chucky with a first grader’s understanding of comedic timing; Jack Attack, a jack-in-the-box with a mean bite and whose appearance was rehashed for KILLJOY (2000); Grizzly Teddy, a teddy bear whose face keeps folding in upon itself which only works to belie the budgetary restraints that places DEMONIC TOYS firmly within the Cinéma Dévoilé; and Mr. Static, a robot that’s half as efficient as the Killbots from CHOPPING MALL (1986). Finally, PUPPET MASTER’s André Toulon is replaced by “The Kid,” the demonic entity that has given life to the toys and is played by Cinéma Dévoilé all-star Daniel Cerny, aka Eli Porter from CHILDREN OF THE CORN III: URBAN HARVEST (1995). 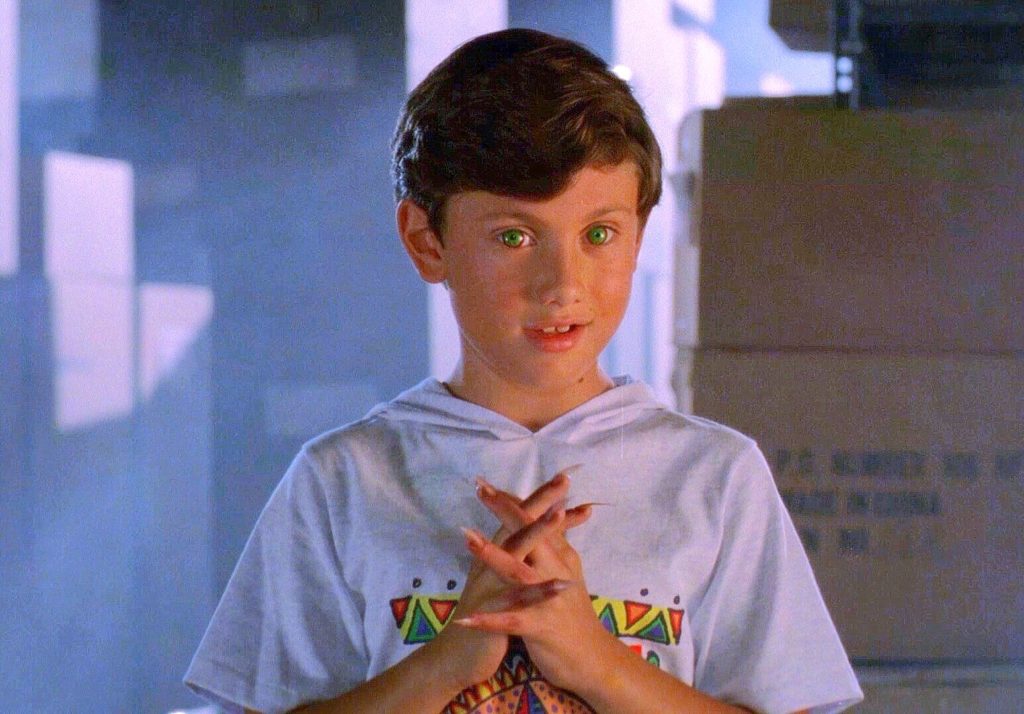 Following an hallucinatory introduction which feels downright Lynchian, we meet our protagonist Judith Gray (Tracy Scoggins), an undercover detective waiting for an illegal arms deal, and it is revealed that the nonsensical opening is a recurring dream of hers. With her is her partner/lover Matt Cable (Jeff Weston), whose overly enthusiastic response to Judith revealing that she’s pregnant guarantees he won’t last more than five minutes into the film. As if called by the gods of ironic tragedy, the arms deal goes south, due to shoddy police work, and loverboy takes a slug in the gut that sends Judith on a vengeful chase. The thugs flee into an warehouse for… over stocked toys? Abandoned toys? It’s never really made clear what the warehouse’s purpose is or how it manages to turn enough of a profit to employ an overnight security guard; or, for that matter, why that guard has or needs a shotgun to protect the place if it’s just poorly made toys (which, unfortunately for the viewer, it is). What kind of person would want to rob the place? The items are worthless. Hell, he doesn’t even do a good job watching over the place since he doesn’t hear the two criminals and Judith break in; or, for that matter, doesn’t realize that there’s also just a girl, totally random and only added for a further body count, that’s living in the vents of the warehouse. Clearly this warehouse can’t be storing anything too important — unless it was a front for criminals, but if that was the case, you would think that they’d hire competent security… so what the hell is their business model? Oh and also a demon brings some toys to life. 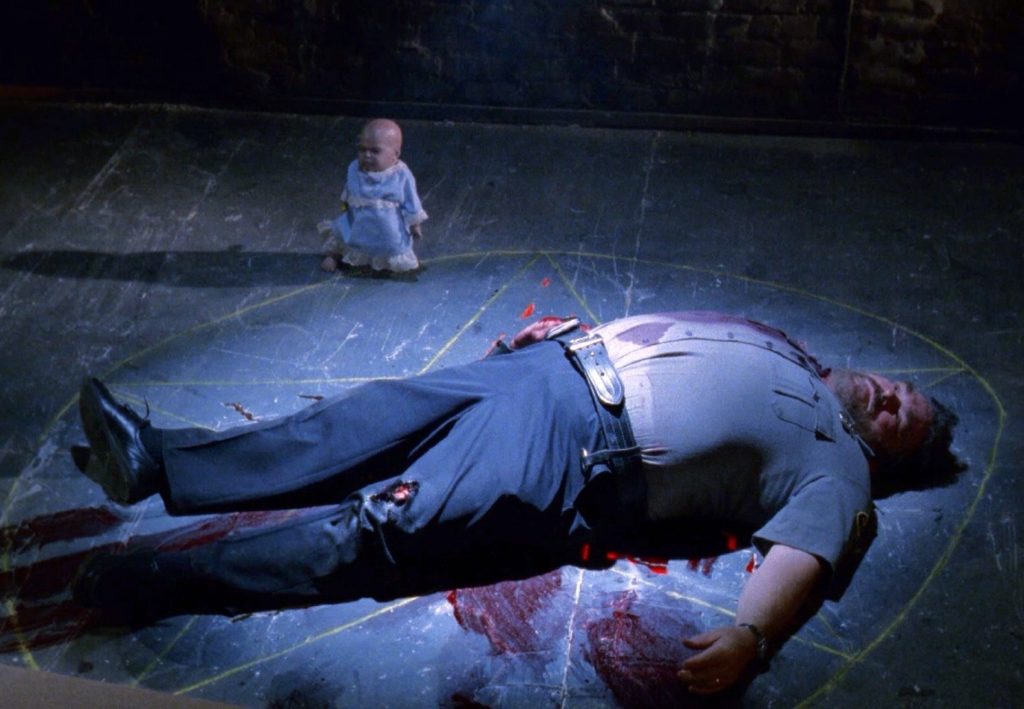 The plot of DEMONIC TOYS starts out with a logical chain of events — “event A happens and because of that event B happens, etc.” — but soon gives way to illogical choices that happen in order to increase the body count and pad out the run time. While some of these moments are interestings — like the tricycle-riding “guards” that don’t actually exist, but still serve as the eyes of the demonic entry (don’t ask me to explain cause that’s the closest my brain has gotten) — ultimately the choices only worked to frustrate this viewer. By the end, we’re given a John Woo-lite shootout against toys that is groan-inducing, and the film culminates in an attempted rape that is as unnecessary as it is distasteful. It’s clear that the toys came before the story, and making a compelling or sensical narrative wasn’t a concern to the filmmakers; I have a feeling that this wasn’t a passion project for writer David S. Goyer (BATMAN V SUPERMAN: DAWN OF JUSTICE). 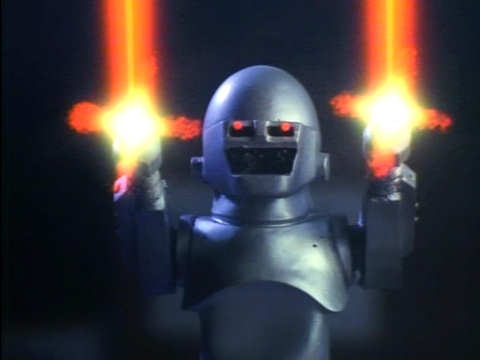 If the toys came first, then it must be because they were so interesting, right? Well… that’s where things get complicated. I enjoyed the design of the toys, for the most part, even if Baby Oopsie Daisy seemed a little too close to DOLLY DEAREST (that said, how many ways can you design a doll?) and Grizzly Teddy is a poor imitation of Teddy from DOLLS (1987). The problem with the toys comes when they are put into motion and the weaknesses in their design shrine bright and clearly. Grizzly Teddy is the worst offender, his entire face crumpling inwards when ever he moved to strike – the effects feel like a high schooler’s attempt at a horror film rather than what a group of adults came up with. To further undermine what power the toys bring to the film, anytime that they kill a character the damage that they do is so underwhelming that you don’t believe that they would have died. For example, a character being stabbed in the face at a downward angle, with a tiny knife,  would be hurting for sure but the chance of them being killed seems impossible… yet the movie asks us to believe it, with every death. It’s almost insulting. 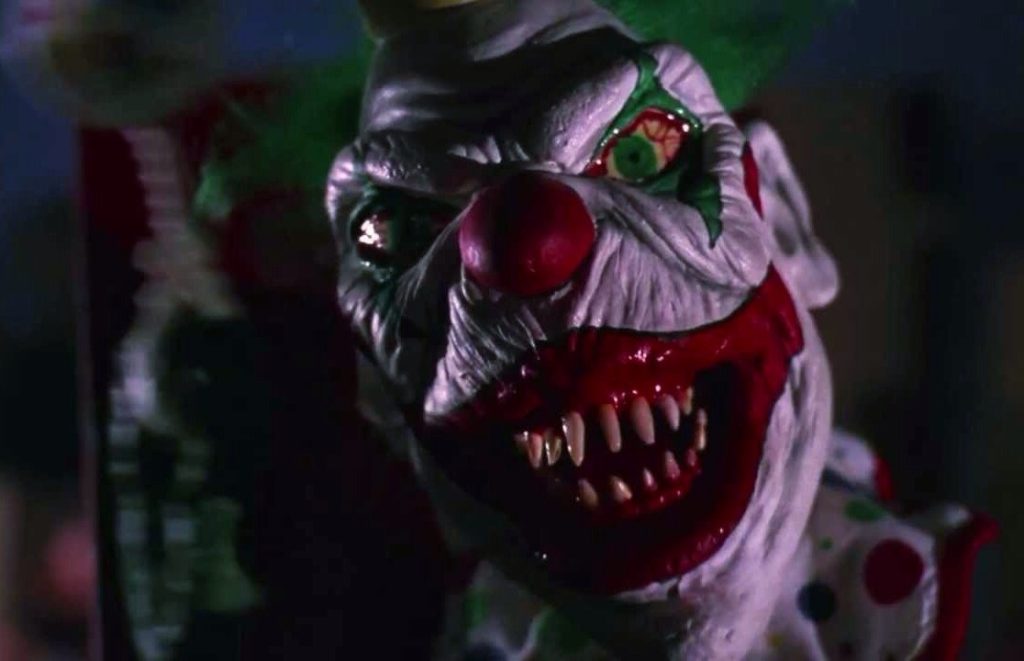 DEMONIC TOYS lacks the imagination that has kept the PUPPET MASTER franchise running since its birth in 1989 and instead comes off as a series of low-budget attempts to follow in the footsteps of better movies. It’s the perfect example of a film that hits all the Cinéma Dévoilé requirements while giving nothing back in return. 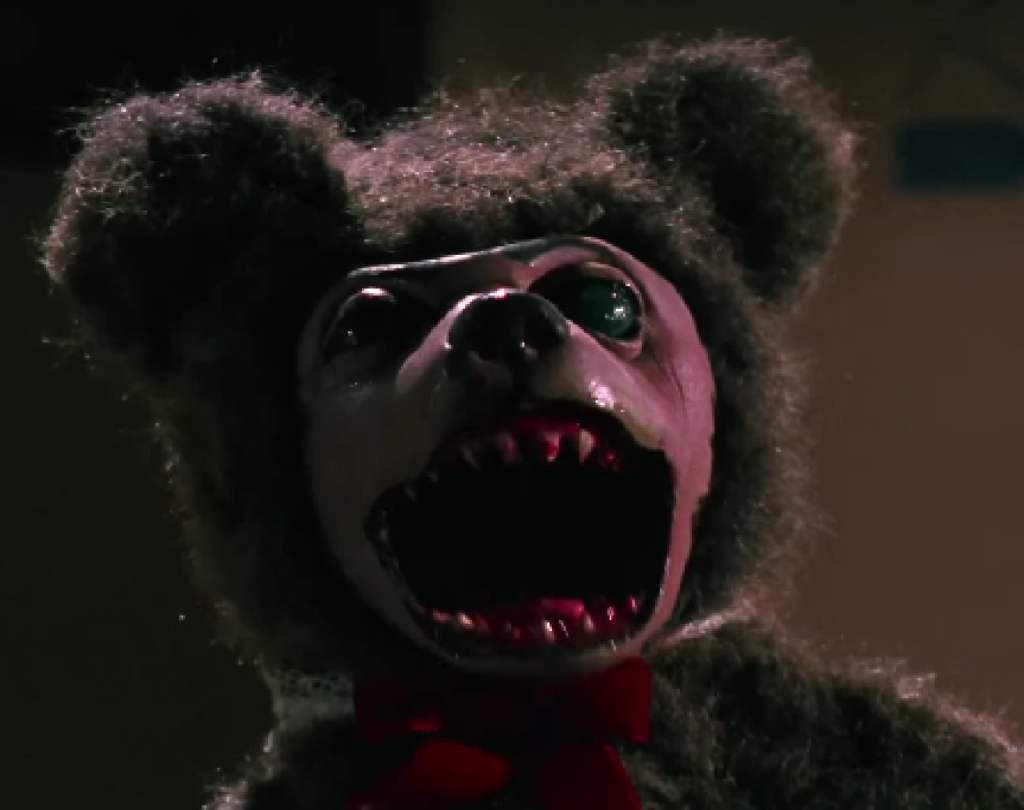