Home  ⁄  The Wire  ⁄  Cinepocalypse To Bring Howard The Duck, Bill Murray, & The Monster Squad To Chicago This June

Next month, Chicago’s own Music Box Theater will be hosting the second year of the Cinepocalypse Genre Film Festival. Serving a mix of rare repertoire screenings and some of the most anticipated genre releases or 2018, Cinepocalypse should be a wild cinematic ride. Co-sponsored by Daily Grindhouse and Bloody Disgusting, Cinepocalypse will feature nine world premieres as well as a slew of repertory screenings  (Chicago’s own Lana Wachowski hosting a screening of the noir thriller BOUND and Ernest Dickerson presenting 35mm prints of both JUICE and TALES FROM THE CRYPT PRESENTS: DEMON KNIGHT), how could it not be blast?

The full lineup is available to drool over online, but we wanted to call your attention to some of our most anticipated screenings at the fest. Honestly, just about everything there is a gem, but you will kick yourself if you miss these. 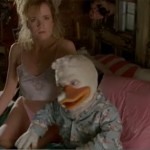 HOWARD THE DUCK in glorious 70mm.

As a current Cleveland resident, I believe I am legally bound to call attention to this Cinepocalypse offering. Though the film is hardly considered a “classic” it is the kind of film best watched in a crowd with fellow movie lovers. When it was first released the film was nearly universally panned. This vitriol was not exclusively due to a duck-human lovemaking session, but it didn’t help. But recently Mr. Duck’s star has risen thanks to his cameo in GUARDIANS OF THE GALAXY and our collective embrace of the more coke-fueled fever dream films of the 1980s. And what better way to celebrate Howard’s return to the big screen than to see him in a rare 70mm print? 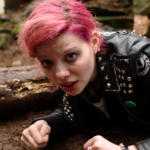 Jenn Wexler has had a solid producing career so far as one of the bad asses behind multiple Glass Eye Pix films. Here, she makes her feature directing debut with the punks-in-the-woods film THE RANGER. In it, Chelsea (Chloe Levine) helps her band of urban punks escape to the woods to evade possible drug charges, which they are totally guilty of. But the woods are only as safe as The Ranger (Jeremy Holm) allows them to be. What starts as a fun trip to her uncle’s cabin becomes a cat and mouse slasher, worthy of comparison to the history of slasher films that Wexler clearly holds dear. THE RANGER has been making the rounds at genre film fests this spring, to great fanfare, and is having its Illinois premiere at Cinepocalypse. Read our review of THE RANGER here. 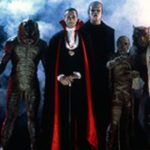 To monster kids of a certain age, THE MONSTER SQUAD was their welcome mat into the world of horror history. Sure, a few of us were introduced first to Universal monsters though our parents or cable access horror hosts, but for an enclave of fans they first saw the 1987 film and it sparked their love and curiosity of all things creepy. What is it about this film in particular that reached that audience, just as they were coming of age and thirsty for blood? Directed by Andre Gower (who played Sean, in the original film), the documentary WOLFMAN’S GOT NARDS looks at the staying power of THE MONSTER SQUAD and what makes it so dear to audiences today. 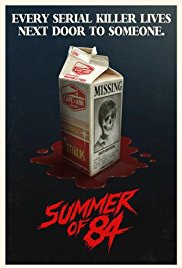 Can you detect an emerging pattern of 1980s nostalgia at Cinepocalypse? Me too.

Nothing can make the summer break from school more exciting than emerging teenage hormones, except a serial killer. Though the summer was destined to be anything but boring, the emergence of a serial killer in Davey’s (Graham Verchere) backyard combined with some homegrown detective work mean that his adventures will be a bit more murdery than he originally intended. SUMMER OF ’84 is the long-awaited return of the directing trio behind 2015’s TURBO KID. That film was much more stylized and bloody than its premise promised, and we can only hope for the same from SUMMER OF ’84. 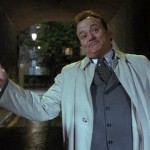 Though it feels odd to recommend two documentaries in a genre-focused festival, we all know you are going to want to see this. Bill Murray’s aura precedes him.  Beyond being one of the greatest comedic actors currently alive, there are myths about the man himself that make him larger than life. Did you hear that he bartended in a cave in Texas one night? And have you seen the engagement photos he randomly popped into? And what about the time he just showed up at a birthday party? THE BILL MURRAY STORIES is not a documentary about the thespian of stage and screen, but rather a look at the legend that has been created out of his generous and spontaneous civilian escapades. Cinepocalyse is clear to point out that Murray is not expected to attend the screening, and that also Murray tends to show up where you least expect him.

Also worth noting are PUPPET MASTER: THE LITTLEST REICH and SATAN”S SLAVES which both screened at this year’s Overlook Film Festival in New Orleans and a live recording of the ‘80’s All Over podcast, featuring Drew McWeeney, Scott Weinberg, and special guest Jonah Ray.

Cinepocalypse will be June 21-28, 2018, and passes are on sale through the festival.