For the third straight year, Cinepocalypse will invade the Music Box Theatre in Chicago. This year, the genre film festival is bringing along the unusual—yet very cool—pairing of director Joel Schumacher and horror-metal legends GWAR to melt minds.

While the full lineup of films and events will be unveiled in May, the announcement of Schumacher as President of the feature film jury accompanies news that the festival will be screening his classic early ’90s dark comedy FALLING DOWN from a 35mm print and his Chicago-lensed horror favorite FLATLINERS (the good one with a Baldwin brother–not the remake) from a 70mm print.

In addition to showing several of their most offensive videos and short films, GWAR will “live-riff” a screening of the 1987 cult trash favorite ROCK ‘N’ ROLL NIGHTMARE.

This year’s Cinepocalypse will run June 13-20. We will keep you updated with the full lineup when the festival makes their announcements.

The full press release can be read below.

April 4, 2019 – The Music Box Theatre is proud to announce THE LOST BOYS director Joel Schumacher as President of the 2019 Cinepocalypse Feature Film Jury, and that the festival will host special screenings of the director’s FALLING DOWN in 35mm and FLATLINERS in glorious 70mm! The Chicago-based genre film festival, which will take place June 13 – 20 at the historic Music Box Theatre, celebrates its wild third year with more films, guests, and events than ever before.

Writer/director Schumacher, whose incredible career includes everything from D.C. CAB and ST. ELMO’S FIRE to 8MM and BATMAN FOREVER, says, “I’m absolutely thrilled to be heading back to Chicago, where I shot FLATLINERS and did a play for David Mamet at the Wisdom Bridge Theatre. I am also very flattered to be asked to be head of the jury, which I have no qualifications for whatsoever.”

Cinepocalypse founder Josh Goldbloom adds, “We’ve wanted to honor Joel’s iconic filmography for some time and, as it turns out, he’ll be the one honoring us. To have a filmmaker of his influence presiding over our jury is at once humbling, mind-numbingly rad, and mostly just completely insane. I hope I don’t scare him away by quoting too many lines from FALLING DOWN.”

Also crashing/landing at Cinepocalypse are BälSäc the Jaws ‘o Death and Sleazy P. Martini – members of the galaxy’s most iconic band, GWAR. Hailing from the frozen wastes of Antarctica, GWAR has been a driving force behind the shaping of all life on planet Earth for the past several millennia and an integral part of American heavy metal since 1984. Honoring GWAR’s decades of music history on this planet, Cinepocalypse will screen a number of their most memorable, boundary-pushing, and just plain vulgar videos and short films; enslave BälSäc and Sleazy P. long enough to participate in a career-spanning moderated conversation and Q&A; and welcome them both on-stage to live-riff and utterly destroy John Fasano’s 1987 cult classic ROCK ‘N’ ROLL NIGHTMARE, starring fellow rock god Thor!

Since 2017, Cinepocalypse has terrorized audiences with an annual slate of premiere films, guests, and bloodcurdling entertainment. Named a top genre festival in the world by MovieMaker Magazine, Cinepocalypse has recently played host to the likes of: Lana Wachowski, Scott Derrickson, Joe Carnahan, Ernest Dickerson, Larry Cohen, Barbara Crampton, Stephen Hopkins, Eric Roberts, and many more talented filmmakers from around the globe.

Cinepocalypse 2019 will reveal its full list of films – alongside its amazing juries and guests – in May. Stay tuned for more!

The Music Box Theatre stands as one of the nation’s most prestigious art house theatres, and has recently made a concerted effort to diversify programming and bolster local audiences. Located on the city’s Northside at 3733 North Southport Ave, The Music Box’s year-round programming has consistently offered genre fans some of the very finest cinematic experiences in digital, 35mm, and 70mm formats. For more information, visit www.musicboxtheatre.com

http://www.musicboxtheatre.com/The third edition of Cinepocalypse, running from June 13th through the 20th, will feature a genre-busting slate of world, U.S., and regional premieres, repertory screenings, special guests, parties, and much more. For more information and to buy a badge, visit www.cinepocalypsegenrefest.com 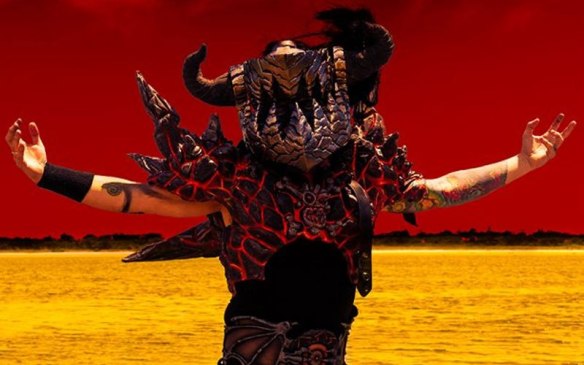