This movie has a scene where one circus clown hires a less-experienced clown to serve as his subordinate.  A clown job interview.  All I ever ask is that a movie show me something I’ve never seen before.

In 1970s Spain, two circus clowns (played by Carlos Areces and Antonio de la Torre) go to war over a beautiful acrobat (played by Carolina Bang). THE LAST CIRCUS, or BALADA TRISTE DE TROMPETA, is an overt political and historical allegory, which will fascinate students of the power struggles in Spain throughout the past century, but for those of us with less sophisticated intellectual appetites, the film thrills on just as many cylinders.

The central trio of performers are perfect in what must have been emotionally demanding roles:  The excellently-named Carolina Bang, as Natalia, “The Acrobat”, is both a pleasure to look at (something like a blond Katy Perry, only much much better and smarter) and a genuinely impressive dramatic performer, anchoring the film by making its most human moments believable. Antonio de la Torre is both charismatic and terrifying as Sergio, “The Silly Clown,” a bully and an abuser, while Carlos Areces as Javier, “The Sad Clown,” a dead ringer for the comedian John Hodgman, centers and then upends the film as its protagonist turned villain turned tragic figure, a meek clown whose bullying at the hands of Sergio and rejection in the eyes of Natalia ultimately turns him into a raving maniac.

The phrase “raving maniac,” which can be standard nomenclature around these parts, must not be undersold. Seriously, you have no idea how crazy this movie gets.  It’s like a MOULIN ROUGE! of violence; colorful, energetic, operatic, histrionic, beautiful, and horrible.  (If you have to, if it gets you to check this out, compare it to the CRANK movies, only better and smarter in every way. Sorry!) 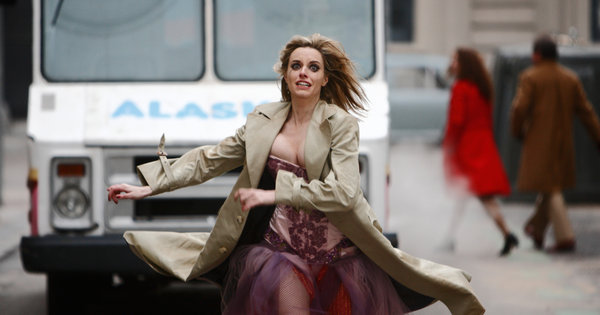 Really, more than anything, THE LAST CIRCUS reminds me of the mad opera of comic books.  Which makes sense, as filmmaker Álex de la Iglesia has worked as a comic book artist.  I’m not talking about the morose, costume-averse comic-book movies of the last few years.  I mean the deranged, carnival-sideshow feeling of the craziest comic books, which only really Tim Burton has tapped in his two BATMAN films (and arguably even Joel Schumacher did in his first BATMAN film.)

It’s that feeling of having a blast of a time as a viewer even as you’re watching the characters on screen living out their worst moments.  There’s a bizarre vicarious release to be had from witnessing such creative, bombastic madness, and as American comic-book action films have lately gotten more self-serious and eager to please everyone, we’ve moved away from that crazy energy.  It’s a shame, but it makes me ravenous to see whatever Álex de la Iglesia comes up with next. [NOTE: That I wrote in 2011. He’s since come up with the comparatively demure AS LUCK WOULD HAVE IT with Salma Hayek, and the even more out-of-control WITCHING AND BITCHING, which you absolutely must see, a kind of FROM DUSK TILL DAWN meets LORD OF THE RINGS meets DEAD ALIVE meets HOCUS POCUS, only — you guessed it — much better and smarter. In that one Carolina Bang gets to be “The Silly Clown!” ]

THE LAST CIRCUS plays tonight at the Film Society of Lincoln Center. 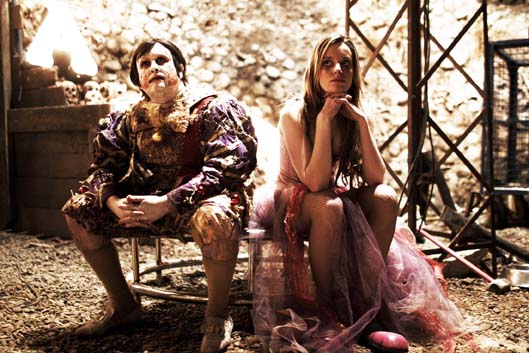