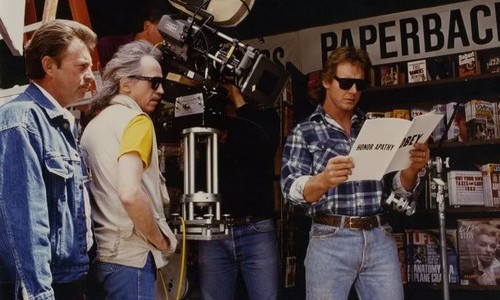 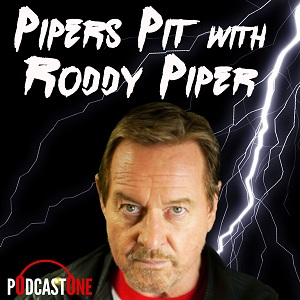 I’m not honestly too much of a wrestling fan, no offense meant, but I’m a tremendous fan of Rowdy Roddy Piper — that’s just how great Rowdy Roddy Piper is. Outside of Hulk Hogan, there wasn’t a bigger star in the pro wrestling world in the 1990s. Most fans would call Piper the greatest heel of all time. He’s one of the few pro-wrestlers to break wider in movies. Even when playing the bad guy of the wrestling world, Piper had atomic charisma. 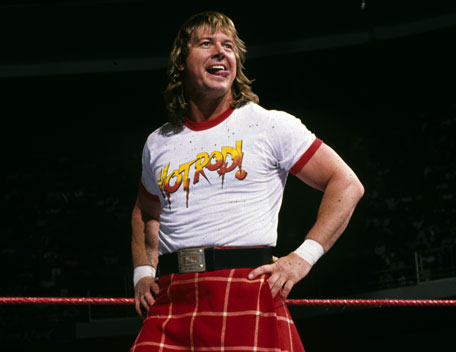 Filmmaker John Carpenter, a wrestling fan, noticed that fact and thought of Piper when it came time to cast his 1988 cult classic THEY LIVE, a sci-fi film so phenomenally preposterous and at once so unusually sincere that it endures as an unimpeachably prescient social document. Piper is perfect as John Nada, a drifter and down-and-out optimist who uncovers an alien conspiracy to cow the population of Earth into blissful submission and has to convince his only friend, a bullshit-allergic blue-collar guy named Frank (character actor legend Keith David, to help him put an end to it. The mid-film back-alley brawl between Piper and David, as staged by Carpenter and stunt coordinator Jeff Imada, is legitimately epic, scarcely paralleled in length. That fight is so long (more than five minutes, an eternity in movie terms) that it’s as hilarious as it is entertaining — it goes on so long it has enough time to pass ridiculousness and return to believability. That historic hit-parade is one of many topics covered in the conversation between Piper and Carpenter on this week’s episode of Piper’s weekly podcast, called Piper’s Pit, in which he’s previously talked to wrestling contemporaries like Jesse Ventura, Hacksaw Jim Duggan, Jake The Snake Roberts, Terry Funk, Zeus, Kamala, and Brutus The Barber Beefcake, along with non-wrestlers such as Bobcat Goldthwait. I haven’t been listening before now, and more the fool I. It took John Carpenter to bring me in, but I’m happy I got there.

Carpenter, the maker of most of my favorite movies ever, is perpetually engaging and refreshingly direct, and his rapport with the boistrous and affectingly self-critical Piper is apparent. Most podcasts are full of people competing to get the next joke in. This is more like a conversation between old friends who just happened to make a seriously great movie together a couple decades ago. The conversation that results is informative and emotional. I really recommend it, although parts of it may make you very sad, and also being myself I must point out both of those guys kind of sound like Gary Busey now.

Anyway, listen here or use the embedded connection below.