Gaspar Noé is a director whose name inspires strong reactions among those familiar with his work. It’s rare to find a cinephile who is ambivalent about Noé, who has spent his entire career as a director as an unrepentant provocateur. “Confrontational” is a good descriptor, and that extends to the marketing for his latest feature CLIMAX: the film’s teaser poster boasts about how his films have been “despised,” “hated,” “loathed,” and “cursed.” It then invites viewers to “now try CLIMAX,” and it feels like a dare. There’s a reason for that, of course–after taking a detour into straightforward narrative in his previous film LOVE, CLIMAX finds Noé as focused and ferocious as he’s ever been. 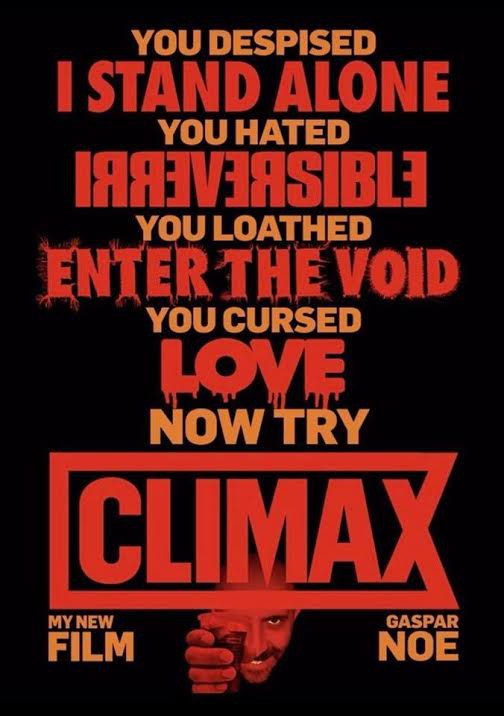 After opening with the end of the story and the film’s closing credits, CLIMAX jumps back to well before its chaos begins. The members of the doomed dance troupe whose descent into insanity forms the bulk of the film are introduced in a series of interviews recorded with a camcorder, played on a small television in between a pile of books on one side and a stack of videotapes on the other. The tapes include Zulawski’s POSSESSION, Fassbinder’s QUERELLE, Argento’s SUSPIRIA, and Pasolini’s SALO among others, which give the viewer a pretty strong indication of where this particular cinematic train is headed. After giving every dancer a brief introduction, CLIMAX segues into a fantastic dance sequence that has more pure joy than the entirety of Noé’s oeuvre to date. It’s a rehearsal for a performance the troupe has been working hard to perfect, and following that excellent run-through everyone hangs out and an impromptu dance-off happens. Spirits are high.

Noé being Noé, though, the fun doesn’t last long. We eavesdrop on the various dancers’ conversations for a while to get an idea of how all of these people relate to each other, but then the freakout starts. Someone has spiked the punch bowl of sangria with LSD, and almost the entire remainder of CLIMAX following its director’s title card plays out in what appears to be a single uninterrupted take. The roving camera recalls Noé’s ENTER THE VOID–also shot by frequent collaborator Benoît Debie in a cinematic magic trick for the ages–in that it never rests and never looks away, even when it’s difficult to tell what is happening on the screen and/or when the viewer would probably prefer not to see. Throughout the whole horrific descent, a constant thumping beat keeps time, underscoring the idea that as far as the camera wanders from the dance floor this is still a party. A brutal, upsetting party, but a party nonetheless. 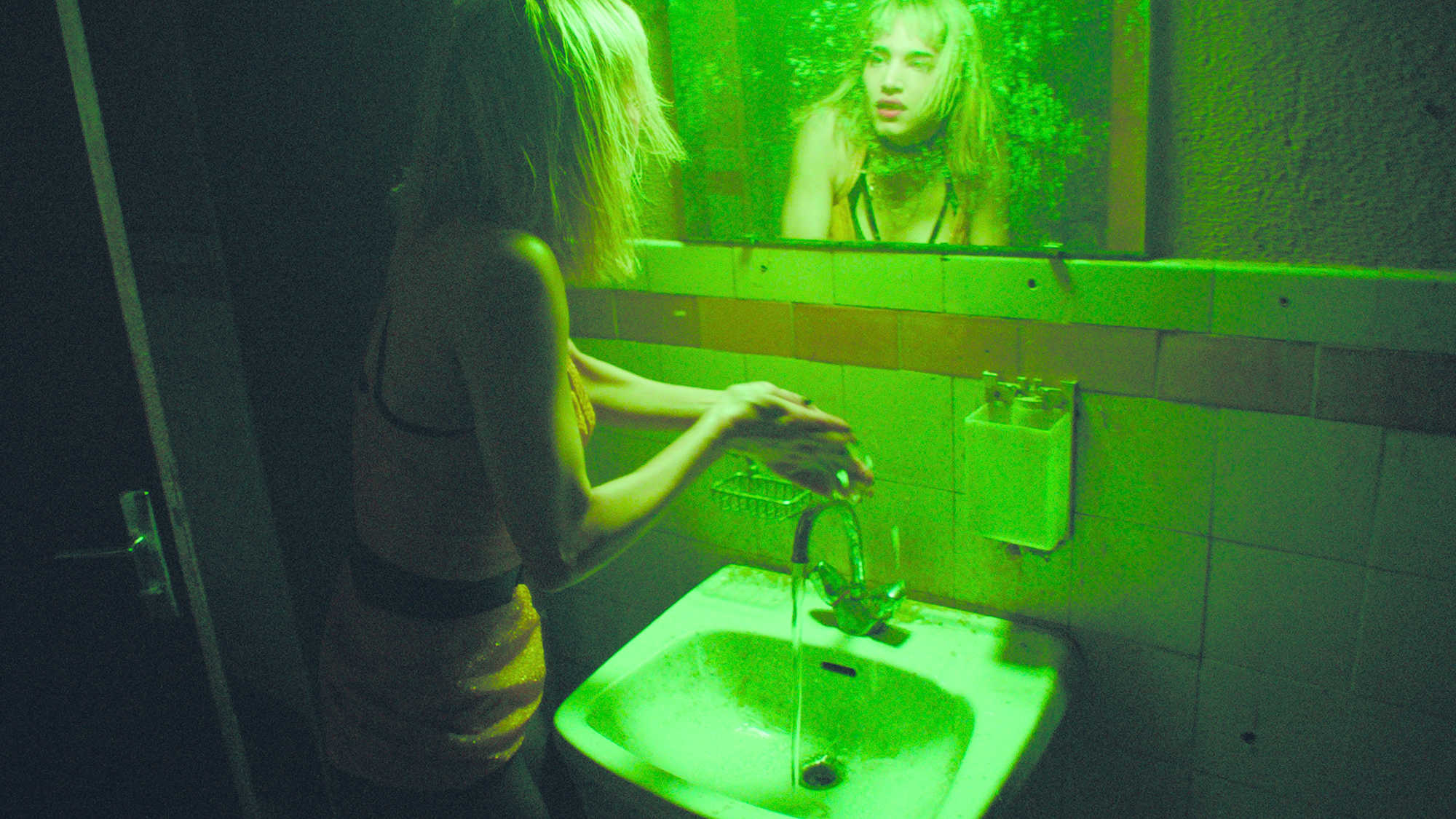 As thrilling as the film’s technical aspects can be, there’s something a little too familiar  about where the loose “story” goes. The second a little kid appears on the screen, any viewer who knows what they’re in for is going to immediately know things are not going to be good for him. What could possibly happen to the weirdly possessive brother and his sister who’s dating the only guy at the party who didn’t drink the sangria? And what about the woman who abstains from partying too hard because she’s pregnant? Even given the predictable arc of these characters’ night, CLIMAX is oddly restrained for Noé; there’s no explicit sex or violence on-screen, his previous films’ blunt brutality and sexuality replaced with casual horrors and a camera that never lets the viewer get too far away from the characters’ terrifying experience.

Still, there’s no mistaking Noé’s work for anyone else’s, and anyone who’s already a fan of the man’s cinematic excesses and provocations is probably going to be very much into CLIMAX. Alternately, this is not likely to change the mind of anyone not on board with Noé’s brand of garish nihilism. Although the sheer thrill of the film’s opening dance sequences present an interesting possibility: What if Noé and Debie used their formidable talents for good rather than evil? What would a STEP UP movie made with these sensibilities look like? We’ll likely never know, of course, but CLIMAX is probably as close as we’re ever going to get.