It would have been very easy for THE CLOVEHITCH KILLER to focus too much on an idea that basically boils down to “the mundanity of evil.” Far too many movies about serial killers in recent years have fallen into that trap and they often turn into boring, nihilistic affairs. Fortunately, a streak of dark comedy and three quite good performances keep the film from following anything that feels like a formula and allows the horror of what is happening to gradually overtake the viewer with unease instead of focusing on increasingly redundant shock tactics.

Tyler (Charlie Plummer) is slightly tightly wound teenager living in a drab suburb somewhere in Kentucky. He’s a member of some sort of off-brand Boy Scout troop that is heavily influenced by Christianity. He is stumbling in his initial forays into dating. In short, he is a reasonably normal kid—except for the fact that he believes his father Don (Dylan McDermott) is a serial killer.

From that hook of normalcy turned twisted and paranoid, THE CLOVEHITCH KILLER thankfully spins off in directions that are more nuanced than the somewhat well worn premise suggests. 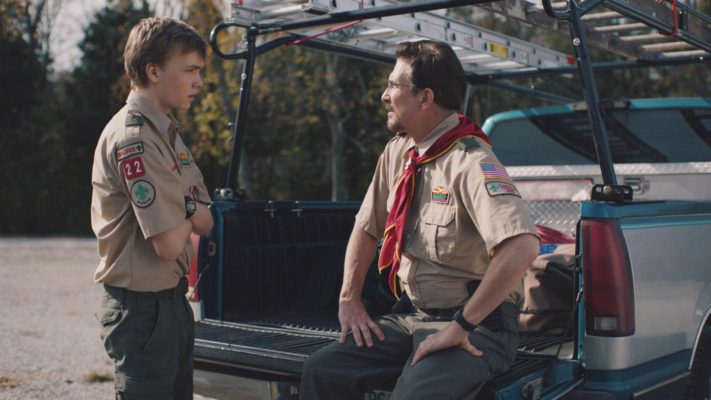 Writer Christopher Ford and director Duncan Skiles find ways to inject some humor and dread into scenes that would otherwise serve as dry exposition in a lesser film. The filmmakers mine the sheltered lives of Tyler and his fellow troopers for some (mostly) gentle spoofing of how they view everything through the narrow lens of their religion, missing the bigger picture of what is happening around them.

The film also benefits from a very unsettling, yet perversely funny performance out of McDermott that provides as much menace as it does awkward cringe comedy, somehow nailing the tricky tone the film walks between creeping dread and savvy send-up of the “precocious teens investigate a possible murder” subgenre. Not all serial killers appear as social misfits and the filmmakers use the viewer’s knowledge of such hiding-in-plain-sight killers as Dennis Rader (better known as the “BTK Killer”), John Wayne Gacy, and Ted Bundy to portray Don as they type of dorky, slightly sloppy suburban dad that everyone has encountered while using McDermott’s truly oddball performance to make it plausible that he might be into torturing and killing women. 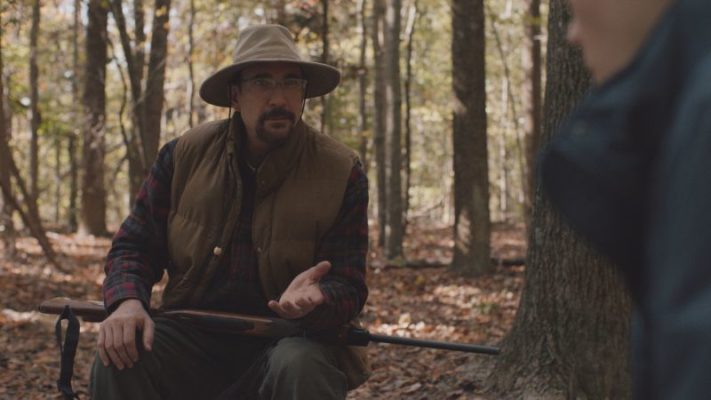 The film manages to keep the “is he or isn’t he?” question of Don’s possibly murderous habits up in the air for an impressively long time. Even better, the reasons for any doubt about his guilt or innocence are kept relatively organic enough that it never feels like a cheat on the part of the filmmakers. While keeping that main question unanswered for a long part of the film is simply part of the fun of a mystery (and this is primarily a mystery—despite the unsettling tone of creeping horror, gorehounds need not apply for this one), it also increases the tension since if Don is not the killer, that means there is someone else out there who is.

Plummer is well cast as Tyler, giving him a convincingly awkward, slightly anxious soul as he hits the age where he is starting to question his parents’ values and choices for him. Madisen Beaty is just as impressive as Kassi, an outcast teenager in her religious town who is obsessed with uncovering the identity of the titular serial killer. Beaty and Plummer play off each other with a fun chemistry as her sarcastic, older-than-her-years attitude collides with his naïve worldview. Their interplay is brisk, but never shallow, making the scenes of their investigation work as both moving the plot forward and character development. By the time things come to a head in the third act, the viewer is truly invested in Tyler and Kassi, rooting for them to make it through the film unharmed. 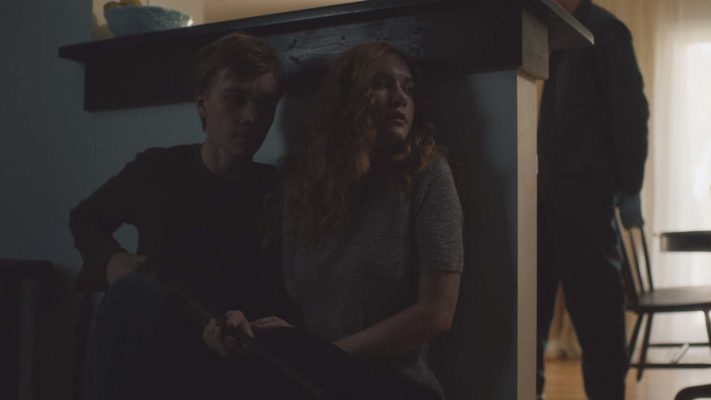 Where the film stumbles is with a long resolution that starts out very effectively, showing the emotional toll the events have taken on those who survived. But as it continues on, answering some questions that were probably best left ambiguous, this sequences reveals at least one major character change that simply feels false and creates a plot hole that is never addressed.

Even though it does not quite stick the landing, THE CLOVEHITCH KILLER is still a truly creepy little thriller that knows how to use humor to both release and highlight tension. The good work by Plummer and Beaty and the borderline gonzo performance by McDermott are just cherries on top of the cake. 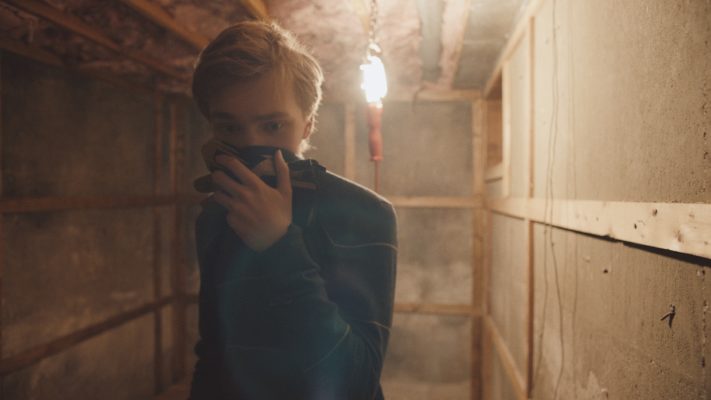 The Blu-ray from IFC Midnight and Scream Factory is a mostly barebones affair. The transfer is crisp and there is the usual theatrical trailer. What is odd is that the only special feature is a behind-the-scenes look that is pure silliness as everyone stonewalls the interviewer when it comes time to talk. While it starts out amusing to watch a behind-the-scenes special feature roundly mock the idea of behind-the-scenes special features, it quickly overstays its welcome as it pounds on the same joke over and over. It also feels very out of place when paired with a film that eventually goes to the dark places THE CLOVEHITCH KILLER goes. But I do have to give credit where credit is due for not just phoning in the usual.

THE CLOVEHITCH KILLER is now available on Blu-ray. 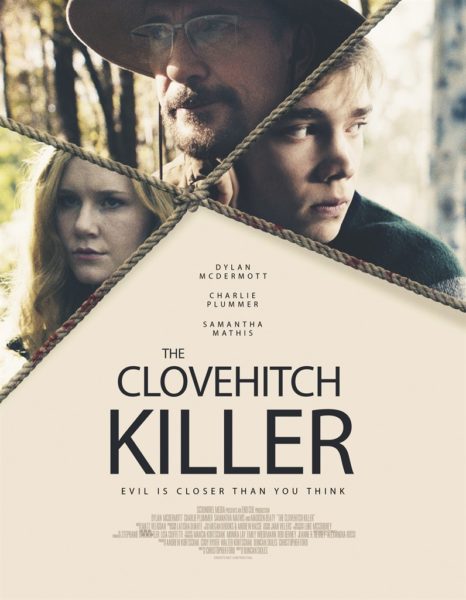