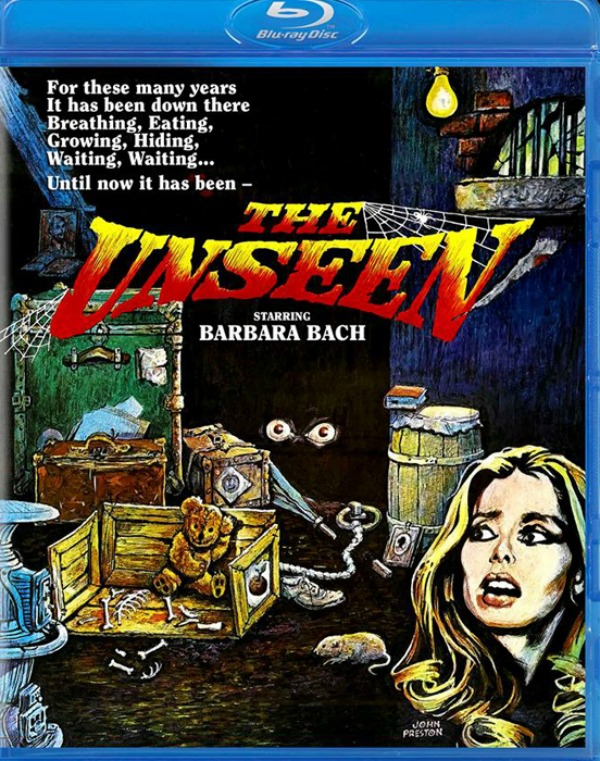 Scorpion Releasing will be releasing THE UNSEEN on Blu-ray with a street date of August 20th. Directed by Danny Steinmann (who also directed the grindhouse classic SAVAGE STREETS) stars the legendary Barbara Bach and the incomparable Sydney Lassick. The film itself isn’t great, but certainly worth a watch. Specs and features have not yet been announced.

Warner Brothers is releasing INTERNAL AFFAIRS on Blu-ray with a street date of October 8. This is an early but effective film from Mike Figgis who later do LEAVING LAS VEGAS and the interesting and underrated TIME CODE. INTERNAL AFFAIRS stars Richard Gere and Andy Garcia. Specs and features have not yet been announced. Click here to pre-order the title from Amazon.com.

Warner Brothers is also working on a few more flicks worth a mention. AIRPLANE II: THE SEQUEL is headed to Blu. It streets on October 8th. There are some funny moments in this film, but overall it’s a failure. Click here to pre-order the title from Amazon.com. The original HOUSE OF WAX is coming to Blu-ray 3D on with an October 1st street date. Extras include audio commentary, 3 featurettes, and the original theatrical trailer. The Blu-ray will also include a 2D version. Pre-orders are not yet open.