Sure, director Don Coscarelli just announced that all five PHANTASM films will be making their way to Blu-ray this March but we here at DAILY GRINDHOUSE know that you want them now! We are giving away copies of PHANTASM REMASTERED and PHANTASM: RAVAGER, and we know you play a good game boys (and girls). 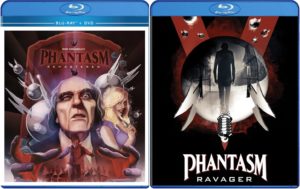 Choose a favorite image from the PHANTASM saga, post it on Twitter or Instagram and provide a funny caption or maybe an explanation as to why you love this image so much. Don’t forget to tag @WellGoUSA and @DailyGrindhouse and of course, use the hashtag, #HotAsLove. Two winners will be chosen next Wednesday and they will receive a brand new Blu-ray copy of PHANTASM REMASTERED or PHANTASM: RAVAGER courtesy of Well Go USA. Only enter if you want to win; warning shots are bullshit.

The contest is about to begin…sir.