Home  ⁄  The Wire  ⁄  [SHYAMALAN IN THE SPOTLIGHT] “DEVIL, AND THE TRILOGY WE ALMOST HAD” BY ANYA NOVAK 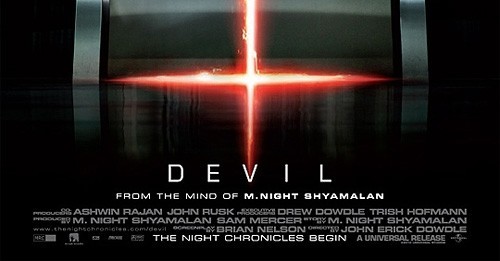 M. Night Shyamalan is a storyteller. His breakout thriller THE SIXTH SENSE has become one of the top-grossing films of all time. His horror-tinged movies have inspired praise from some, and apathy in others. His next film, UNBREAKABLE, opened in 2000 to both commercial and critical success. SIGNS (2002) was similarly successful. It was 2004’s THE VILLAGE that started the downward trend of films that may have made a profit, but were widely rejected by critics and the public at large. LADY IN THE WATER, THE HAPPENING, and THE LAST AIRBENDER were all soundly panned upon their release, and the writer-director found himself unable to satisfy the picky appetite of filmgoers that were previously blown away by THE SIXTH SENSE. Critics and film journalists published tirades wondering aloud why Hollywood kept allowing Shyamalan to make movies. By 2008 he had stepped back from the director’s chair, opting instead to attach his name to projects as a producer. In July of the same year, Shyamalan (along with Media Rights Capital) formed the Night Chronicles production company with the plan that he would produce, and only produce, one film per year for the next three years. The resulting collection would be known as the Night Chronicles Trilogy, and it would begin with DEVIL.

DEVIL was written by Brian Nelson, based upon M. Night Shyamalan’s original idea. It has been described by Shyamalan himself as “Hitchcock’s THE ELEVATOR,” an exercise in speculation upon what a film with that title would be like. The film features five ordinary strangers that happen to enter and become entrapped together in an elevator on a dreary day in downtown Philadelphia. After several strange occurrences it becomes clear that one of the passengers is the Prince of Darkness himself, and soon the body count starts to rise.

The Night Chronicles films were all supposed to be in the same cinematic universe, with each movie referencing the other in some way. As he told MTV:

“As we were getting ready, we’re gearing up the second one, I was like, ‘Do they all live in the same world? Do they reference something that happened in an elevator down the other side of town in Philadelphia?’ And we have a line in there so it could be that and maybe there’s, like, little reoccurring characters that kind of tell you this is all one world where weird stuff happens.”

M. Night’s only criterion for a Chronicles film: the story needs to be so good that he’d want to direct it himself. However, Shyamalan would have once again been involved with the projects as a producer, not as a director or writer. In a Universal featurette, he envisions bridging the gap between young indie filmmakers and big production companies, essentially collaborating with up-and-coming directors whose creative vision jived with his own. The Chronicles films would be consistent in tone and themes, all providing meditations on the coupling of the supernatural and the modern world. DEVIL writer Brian Nelson had hoped that Chronicles would be spoken in the same breath as The Twilight Zone and Alfred Hitchcock Presents.

Other updates: the 2nd Night Chronicles movie will be shot in 2013.

After the mild box office success of DEVIL, Shyamalan announced that the next Chronicles film was in its planning stages. 12 STRANGERS, later re-titled REINCARNATE, would have followed a jury deliberating the fate of a man accused of murder. Gradually, the supernatural introduces itself into the discussion. Daniel Stamm (THE LAST EXORCISM) and Chris Sparling (BURIED, ATM) were announced to direct and write REINCARNATE, respectively.

Now, because these films were to be helmed by other writers and directors, we wouldn’t have seen the usual Shyamalan calling cards: the gratuitous director cameo (not just a glimpse, but a pivotal speaking role that drives plot), the symbolic use of bold color, the shots of characters through their reflections, and the earth-shattering plot twist. However, The Night Chronicles stories were all based on the Oscar-nominated director’s original ideas. REINCARNATE’s tale of a paranormal entity permeating the already-tense atmosphere of a jury deliberation room definitely sounds the kind of movie we’d see from Shyamalan. But how would Stamm and Sparling have handled it? 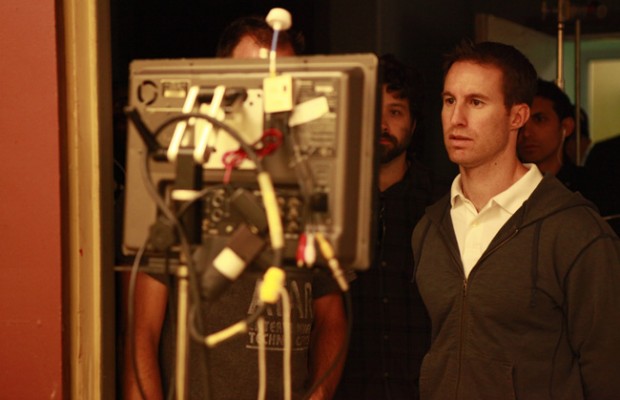 Chris Sparling’s most famous screenplays are those of BURIED and ATM, two high-tension tales taking place within a claustrophobic setting. BURIED, starring Ryan Reynolds, peers in on a privately contracted truck driver who awakens in a coffin, buried somewhere in Iraq. The entire film takes place from the protagonist’s POV, within the walls of the coffin. ATM follows three people who find themselves trapped in an ATM booth, watched by a menacing hooded figure who refuses to let them leave. Again, the majority of the movie is in one location, that of the ATM. It’s apparent that Sparling, like Shyamalan, is influenced by such Hitchcock films as ROPE and REAR WINDOW, both of which take place mostly within a single room. Both ATM and BURIED make economical use of dialogue, which either reveals something about the characters or moves along the plot. There is no gristle in these feature-length thrillers. This, and Sparling’s ability to maintain a steady level of dread throughout the narrative, without being hampered by the confines of a single setting, is surely what made him a prime candidate for penning the script for REINCARNATE. Whether it’s in a coffin, an ATM kiosk, or a jury room, Sparling could weave a taut tale. With that in mind, one could speculate that, like DEVIL, REINCARNATE would have put the audience in the jury room for the vast majority of the film’s running time. We would’ve gotten to know the jury members intimately, many of whom likely had their own closeted skeletons, perhaps even a connection to one another. Perhaps there was a 12 ANGRY MEN vibe going on with a single jury holdout who was convinced of the accused’s innocence, and acted as an absolute good to the spirit’s chaotic evil. Whatever horrifying entity entered into the room with them would catalyze conflict between the jurors, sowing distrust and fear throughout as more was revealed about the case and the people in that room. To be honest, it’s a film I would have paid to see. 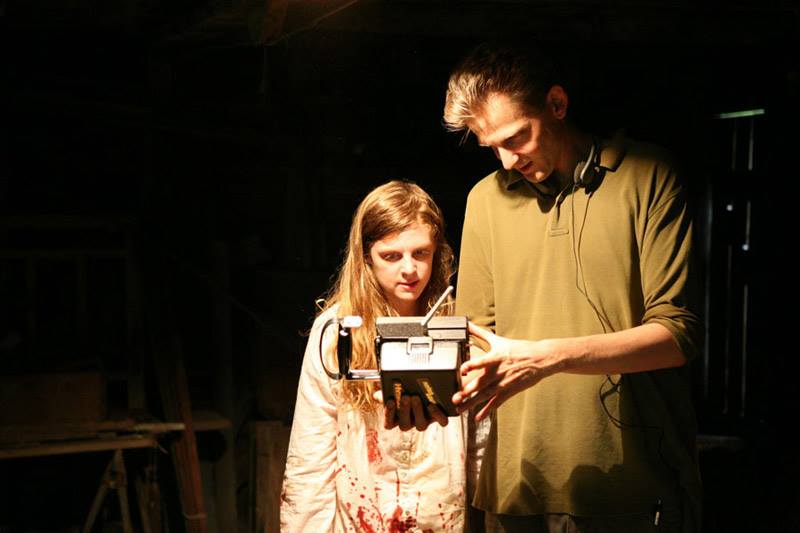 Daniel Stamm’s most well-known directorial work is THE LAST EXORCISM, in which a minister agrees to allow a film crew to record an exorcism he takes part in. An interview with Cinema Blend reveals that he adopts a laissez-faire approach to direction with actors, opting to stay out of their heads and let the performances come forth organically. When that isn’t quite working, however, he’ll have them do as many takes as it takes to get the level of intensity out of them that the scene calls for:

“With this style, you’re not playing by any movie artifice rules, because it’s set in reality you’re playing by reality rules. That means the audience knows what they’re watching because they live reality 24/7. So they feel what’s fake. If their look is fake, if a sentence is fake, if a reaction is fake, if you have one fake moment in a film the whole building crashes down on you. So if it takes a hundred takes we’ll be there.”

Awareness of Stamm’s hands-off yet perfectionist approach gives us a clue as to the intended tone of the film. The potboiler story of 12 jurors trying to determine the truth and reach a verdict would likely have required distinct, intense performances from the actors involved. Stamm’s presence behind the camera would have ensured that the cast brought their A-game to the project, elevating Sparling’s tense script into a thrilling film. 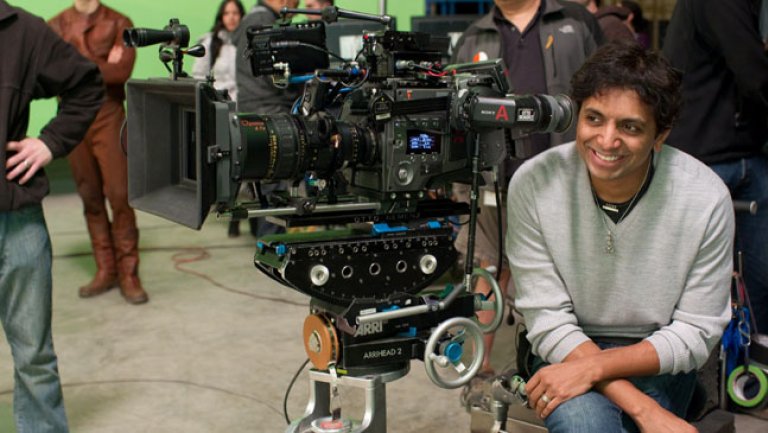 If that weren’t enough, in the fall of 2010 Shyamalan confirmed that the third and final installment of the Night Chronicles Trilogy was in its planning stages. When UNBREAKABLE opened to a less-than-favorable reception among American critics in 2000, the previously-planned sequel to it was abandoned. Shyamalan, however, felt that a villain from that scrapped sequel was still worthy of exploration, and was thusly developed into the beginnings of a story that would become the last component of Chronicles. In an interview with MTV, he explains:

“It was such a cool idea for a villain, and it was actually originally in the script for UNBREAKABLE, and it was too much. There were too many villains, so I pulled this villain out and was like, ‘I’ll make this the second flick.’ I fleshed it out more and more, and thought, ‘This could be a standalone movie.'”

“I’ll just say it: The third ‘Night Chronicles’ movie is what would have been the sequel (to UNBREAKABLE).”

Fans of UNBREAKABLE had been clamoring for a sequel ever since the film’s release, arguing that the harrowing story of a real-life superhero is Shyamalan’s magnum opus and worthy of a follow-up. In the past decade, public opinion has shifted in favor of the film, with many now agreeing with Quentin Tarantino’s praise of UNBREAKABLE as one of the greatest superhero films of all time. The third entry in the Chronicles collection would have given the fans a chance to revisit that universe in one way or another, and as such, would’ve likely been the most anticipated film in the entire trilogy.

By the time 2013’s AFTER EARTH came and went to little fanfare, it became apparent that the Shyamalan name alone was enough to elicit groans from trailer viewers. The Night Chronicles project was eventually dropped altogether, its only relic a dated web page and a dismal, incomplete IMBD page. Shyamalan has mentioned many times that he wrote all of his ideas down in notebooks, as most writers do. To be honest, I would have loved to see the pages for REINCARNATE and the third Chronicles film. Regardless of your thoughts on his filmography, it cannot be argued that Shyamalan isn’t a man of concept. He tells his stories with zeal, and with heavy nods to the creative giants that came before him. With THE VISIT being quietly hailed as a creative comeback for the director and with an enthusiastic buzz growing around his latest release, SPLIT, it’s clear that he’s still a good storyteller. The idea of him joining forces with rising stars in the filmmaking realm to tell more of these stories is enough to get me excited, and I’m sure I wouldn’t be the only one who would’ve bought a ticket to see a film like REINCARNATE. I can understand why the project was scrapped as he moved onto other things, but I can’t help but wonder about the stories we almost heard, the performances we almost saw, and the films we almost had.