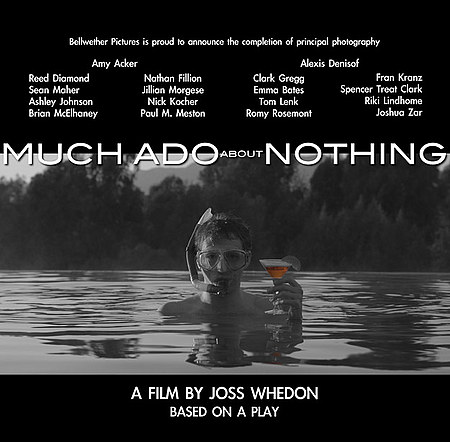 I’ve been critical in the past of Joss Whedon’s penchant for wisecracking – and interchangeable – protagonists and occasionally repetitive themes, so when he announced that he had filmed a low-budget, black & white adaptation of Shakespeare’s MUCH ADO ABOUT NOTHING which maintained the original dialogue; I was intrigued but skeptical. Filmed in 12 days and entirely at Whedon’s house, the movie features a bevy of Whedon’s stock actors from other projects, and my initial concern was that the film could easily slip into fan service mode; or make for a fun exercise rather than a fully realized work. 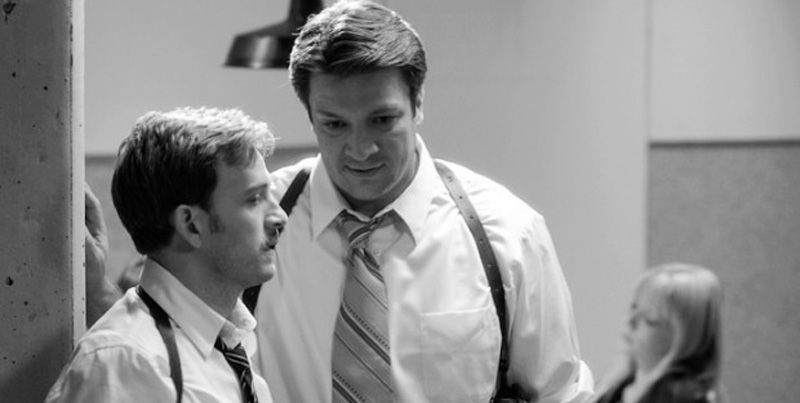 Instead, Whedon has created a delightful, energetic adaptation that will entertain even those entirely unfamiliar with the source material. While retaining the Bard’s wonderful wordplay might hurt commercial prospects, it also makes for a consistently spirited film that shows off Whedon’s considerable directing chops. Making the most of his house and surrounding property, the film manages to maintain a loose atmosphere that avoids the usual stage-bound trappings of Shakespeare adaptations.

But while the dialogue takes center stage, the final product would flounder without a cast that can handle it. While filled with actors more familiar from their television appearances, the cast as a whole shines. Alexis Denisof dominates and charms his way through the role of Benedick, but it’s Amy Acker who is the revelation here. Sadly reduced to guest appearances since her impressive turn on ANGEL, she proves herself more than a match for the emotionally complicated role. I hope we see plenty more from her in the future. Nathan Fillion sinks his teeth into the crowd favorite role of bumbling constable Dogberry, while the relaxed atmosphere finds everyone in good form. Only the antagonists hit a few wrong notes; Riki Lindhome as the devious Conrade in particular, as she struggles to convincingly spit out the often tricky dialogue. 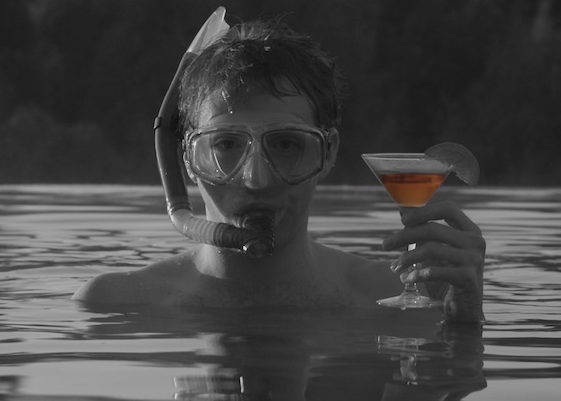 With the massive international success of THE AVENGERS, and a SHIELD television series in development, 2012 has proven to be Joss Whedon’s year. His string of successes continues with MUCH ADO ABOUT NOTHING, which proves that even removed from his trademark dialogue and restrained by a low budget, he can swing for the fences and knock it out of the park. Romantic without being cloying, and performed expertly, MUCH ADO taught me that I can finally remove “Whedonesque” from my list of most despised words. If he continues to make his mark in such a fun, experimental and ambitious way, I’ll take as much of his work as I can get.