PRIMAL RAGE screens for one night only at theaters across the U.S before a home video release arrives a little later on.

Marshal Hilton, whose many credits include THE PERFECT WEAPON, BEETLEBORGS METALLIX, and ASSASSIN X, plays B.D,  the leader of a group of boisterous, gun-toting locals who go after Bigfoot, in the Patrick Magee directed film. B.D cuts an imposing figure but he’s foolish, ultimately letting his team become the hunted as opposed to the hunted.

In this exclusive interview, Hilton talks to us about the horror genre in genre, and why it’s so popular, as well as what appealed to him about hunting Bigfoot. 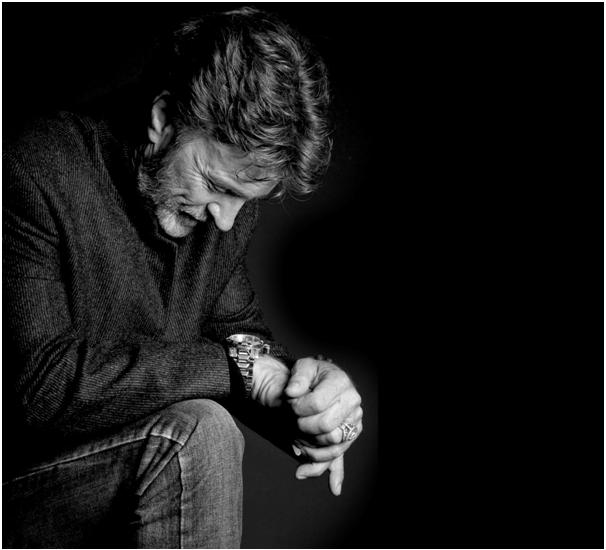 Daily Grindhouse: Horror. This is a genre that you’re familiar with. What is it that keeps you coming back?

Marshal Hilton: I wish I could say something eloquent and thought provoking, but the reality is sometimes they just fall in your lap, and sometimes you get what you can get. The horror and thriller genres have been staples in Hollywood’s indie film world for years. There’s a lot of it out there these days, especially in the new Hollywood budget reality. If you want to stay busy working, horror is out there if you want to keep working. It’s much easier to shoot horror stories on smaller budgets these days. But at this point in time, I really need to see something very unique, or an interesting character that I have yet to tackle in order to get inspired. I read a lot scripts that pretty much are rehashing the same stuff. Patrick’s PRIMAL RAGE is one of those unique offerings, although I wouldn’t call it a classic horror film. It’s really more of an action-adventure thriller with horror elements. I mean, it is Bigfoot, so, you know that there’s going to be some carnage.

Daily Grindhouse: Where does this one rank compared to some of your earlier films? Is it up there with the best?

Marshal Hilton: It’s up there for sure. For me it’s not so much about just the movie, but more about the people I worked with and how the experience changed me. Every film shoot takes on a unique energy. Films are a collaboration of artists in its purest form. Every person in the production contributes to the making of a show. Film sets are pure energy. The people you meet are very diverse and interesting. They come for all walks of life. A set takes on the personality of the entire crew and are unique in their spirit. Some are great, and some are not so great. This production was organic and pure. Everyone involved was deeply passionate and committed 100%, and I think it shows in every frame of the film. This was a small film by Hollywood standards. But I’ve always said that it’s not the size of the show, but the size of the heart in the show. And this film had a giant heart. It was one of the most enjoyable shoots I’ve been a part of in 20 years.

Daily Grindhouse: How do you decide on a project – does it all come down to the script?

Marshal Hilton: Absolutely. If I can connect with the story and the character in an instinctual or visceral way, then I’m curious. It needs to feel organic to my sensibilities. For me it’s not always genre choice either, but rather one of character. I seem to be able to tap into emotional pain. Characters that have endured pain, and are struggling to manage the anger of pain, seem to fit my spirit. I’m not afraid to dig into the dark places that we all have and bring them to the surface for display. It’s a cleansing process for me, both creatively and emotionally. In life, some people are genuinely happy people. Their lives are a history of balance and love. Some folks, like myself, come from a different condition. We constantly have to work on ourselves to quell the darker sides of our selves. We have to knock off the patina of guilt and envy from time to time of those who live blissful and balanced lives. I’m fortunate I have the craft of acting to give me that place of exploration.

Daily Grindhouse: How was PRIMAL RAGE initially pitched to you?

Marshal Hilton: I actually agreed to do the role before I even read the script. I was asked to come and audition for the part. I met Patrick Magee (the director), Angela Lee (the producer), and Angela’s bulldog at some place in Hollywood. I got a call that Pat wanted to meet at his studio the next day. When I walked into to his studio and saw all his amazing work lining the walls and ceiling, I just looked at him and said, “I’m in.” I hadn’t even read the script. His work was so stunning and so detailed I knew I was going to be working with a guy that was not only passionate, but an artist that had supreme skills. He showed me the concept trailer and said we were going to shoot in the Redwoods forests of Northern California and Oregon, and when I saw his Bigfoot creation, it was a no-brainer. It was an easy decision.

Daily Grindhouse: Do you have a favorite kill in the movie?

Marshal Hilton: Well, without giving up too much information, I think the kill that is most disturbing is when one of my crew “Lefty,” played by actor Jim Roof, gets acquainted with Bigfoot. It’s definitely an “Oh Shit!” moment. Watching him film it was absolutely brutal.

Daily Grindhouse: What about in your other movies – any good kill scenes you recall?

Marshal Hilton: You know, most of the time my characters aren’t the ones doing the killing. I usually get killed somewhere in the process. As far as my other films, I generally don’t watch the films when they are finished. I find it horrifying to watch my self in a movie. It’s very uncomfortable.

Daily Grindhouse:  Do you prefer playing characters like B.D as opposed to your standard stock hero type?

Marshal Hilton: That’s an interesting question. I do. Playing an antagonist is really a lot of fun. It’s fun to challenge and do battle with an adversary. But in my mind, my character is always “the Hero.” A villain never sees himself as “Bad.” They are convinced that their path is righteous and just. They are driven to accomplish something that is important to their dream and they are committed to achieving their goal. What makes them “Bad” is how their actions juxtapose to a moral standard. In their minds eye, they just move the moral boundaries to fit their objective. The classic “Hero” role is usually based on the premise that the good guy is “clean” is his pursuit. His moral compass is deemed pure. But that is why I find a hero that is flawed to be far more interesting; a character that you can see a shred of empathy and compassion in his eyes, only for him to then do something that shatters your hope that he’s a decent person. So in that way, a hero and a villain are really very similar. The difference is to what extreme will they go; one is willing to step over the moral line a bit farther to get what he thinks he needs.

Daily Grindhouse: Did you base your performance as B.D on anyone?

Marshal Hilton: You know, I didn’t actually model B.D. after anyone specific. I think he’s the culmination of many different characters of that ilk that we’ve seen over the years. The one character that did come to mind when I was thinking about him was the character Ben Gazzara played in Patrick Swayze’s film ROAD HOUSE, “Brad Wesley.” He was a charming, passive-aggressive manipulator, a big fish in a little pond.

I actually found out later on after I finished filming that Patrick had somewhat modeled the spirit of the character in the vein of Brian Dennehy’s character in RAMBO: FIRST BLOOD, Teasle. He hadn’t thought of a name for him so they temporarily called him B.D., and the rest is history.

As far as inspiration, I really didn’t have a lot of details on B.D. as far as scripted elements. I just try to look at the actions of what the character actually does, his scripted actions. In life, people are what they do, not what they say. B.D. is most definitely an enigma. We don’t know much about him, but we certainly get a sense about him. His pace, his style, his cigar, his jewellery, they all say something about him. I think what says even more about B.D. is how his crew reacts to him. Know one ever challenges him, so you never know for certain if he’s just a narcissist, or a guy that could possibly be dangerous. And that’s the key to B.D., the element of uncertainty. The only person that dares to get in his face is Ashley. And there’s a moment when he doesn’t take kindly too her attitude, and he puts his foot down. But in another moment he also offers her his coat as a sign of grace and empathy. And yet another moment when he feels kind of like he’s a pervert. He’s just hard to figure out and that’s his power. So that’s how I took him. Unpredictable…

Daily Grindhouse: If you were to meet Bigfoot one night, how would it go down?

Marshal Hilton: Wow… Well, if it were Patrick’s Bigfoot, it certainly wouldn’t be a peaceful relaxing evening, and the possibility of making it till morning wouldn’t be a bet that you would want to make 😉

Daily Grindhouse: Thank you so much for taking the time!

Marshal Hilton: Thanks so much for reaching out! I hope you and your readers enjoy the film. Speaking for the entire cast and crew, we deeply appreciate your support!

You can keep tabs on what’s going on by following any one of my social media profiles. We’re constantly putting up news and info. 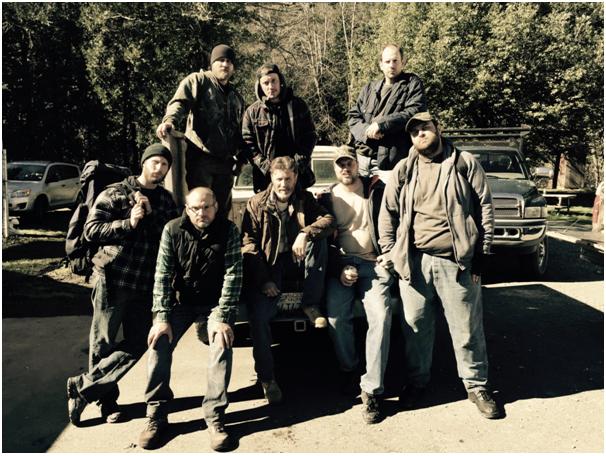