Tom Holland has had an illustrious career ranging from acting roles some sixty years ago, starting in 1958 with the role of Millsap on the television series Telephone Time, and moving through the years, acting in PSYCHO II, THE STAND, and Adam Green’s films, HATCHET II and DIGGING UP THE MARROW. His writing debut began on the television movie, THE INITAITION OF SARAH through his screenwriting credits (often directing them as well) on CLOAK AND DAGGER to FRIGHT NIGHT and CHILD’S PLAY and directing films like THINNER, THE TEMP, and FATAL BEAUTY. His dabbling in television wasn’t just restricted to acting, as he’s done directing for television with THE LANGOLIERS, shot episodes of Amazing Stories, Tales from the Crypt and Masters of Horror.  And that hasn’t stopped him — from there, writing a book and having a new film in the pipeline, which is a horror film called ROCK PAPER DEAD. Truly, Tom Holland is a journeyman director who’s bound to have some stories to tell.

My experience with Tom Holland ranges over the many films in his career. From the moments when I saw CHILD’S PLAY for the first time in my way too young childhood, to embracing the horror geek in me when I met Charley Brewster in FRIGHT NIGHT, one film in his oeuvre sticks out to me as a true nightmarish experience: THE BEAST WITHIN, which I’m guaranteed to have talked about in these pages, was the film that seared my brain. So getting to talk to Tom Holland was an incredible experience. 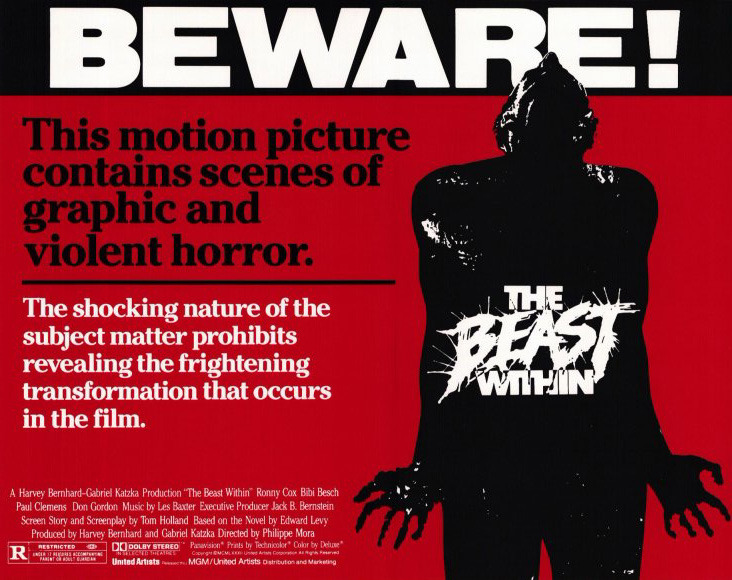 Though he had long lines throughout the past three days at Texas Frightmare Weekend, Tom Holland took a few moments to speak with Daily Grindhouse about two of his key genre films: PSYCHO II and THE BEAST WITHIN, and how the latter film was indeed on the forefront of special effects technology.

Daily Grindhouse: Did you feel any pressure to live up to the original PSYCHO when you were writing the sequel?

Tom Holland: Yes, yes, yes. I was terrified. I was so sure that it was the end of my career. Because you just knew that every critic was going to attack you for having the hubris and the temerity to even attempt to do a sequel to PSYCHO. I don’t think I’ve ever worked this hard on a script, before or after. (laughs) I ran every Hitchcock film, including the silent films and I don’t think there was anything in PSYCHO II that wasn’t among the given circumstances in the first one. I changed nothing and I tried to stay as totally faithful to the first one as I could. I also built that so that it echoed visual sequences that Hitchcock used mainly in PSYCHO, but in some of his other films, those I don’t remember now. PSYCHO II is as faithful as you could you make it. And I had the last of the original cast. I had Tony, I had Vera Miles. The producer Hilton Green, was the first AD on PSYCHO. I had Hitchcock’s script supervisor. It was the last of the remnants of Hitchcock’s core production group. It was a wonderful experience, and I love the film. 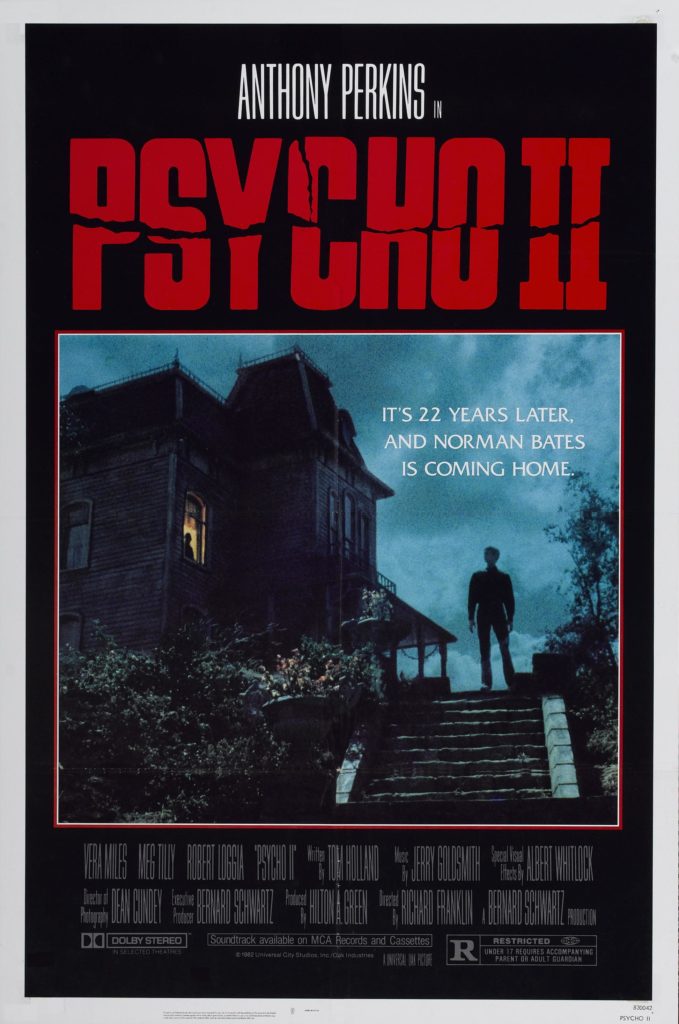 Daily Grindhouse: THE BEAST WITHIN is an atmospheric classic. Can you tell me a little bit about the conception (pun intended) of the storyline?

Tom Holland: The producer, Harvey Bernhard, had bought a title called Stranger Within, and the writer had not finished the book. What Harvey wanted a human-to-beast transformation, which needless to say, was right up my alley. I just loved it, and I created the story. I think the first half of the film is terrific. The actors were wonderful. But the state of the in-camera effects at the time, couldn’t do what I wrote. They used all pneumatics, you know, pump it up. But that was the same moment in time that you had THE HOWLING , and you had AN AMERICAN WEREWOLF IN LONDON ,with THE BEAST WITHIN in there, and you could see the growth of in-camera effects. Rick Baker and the terrific fellow that did THE BEAST WITHIN — they were all excellent. You could watch the arc grow in that three to five years.

Many thanks to Tom Holland for speaking with us.