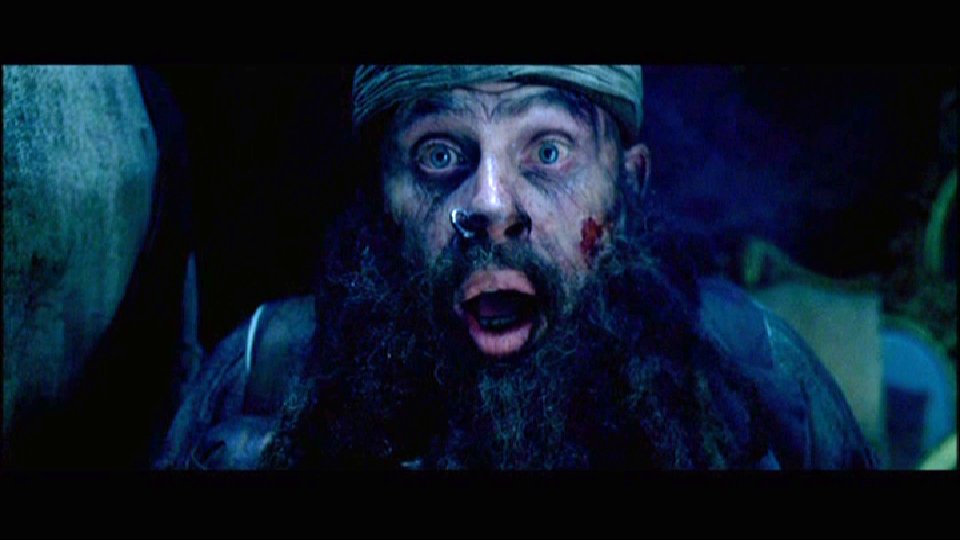 You know the face – it’s been a fixture in everything from movies such as PIRATES OF THE CARIBBEAN, ENCINO MAN, FATHER OF THE BRIDE PART II, and ED TV, to television series like  The Last Ship and American Horror Story – but you might not know the name!

Meet cool character actor Vince Lozano, star of countless blockbusters and an immense mound of quality independent work, as he tells us about his latest film (as actor and producer), ACTS OF DESPERATION. 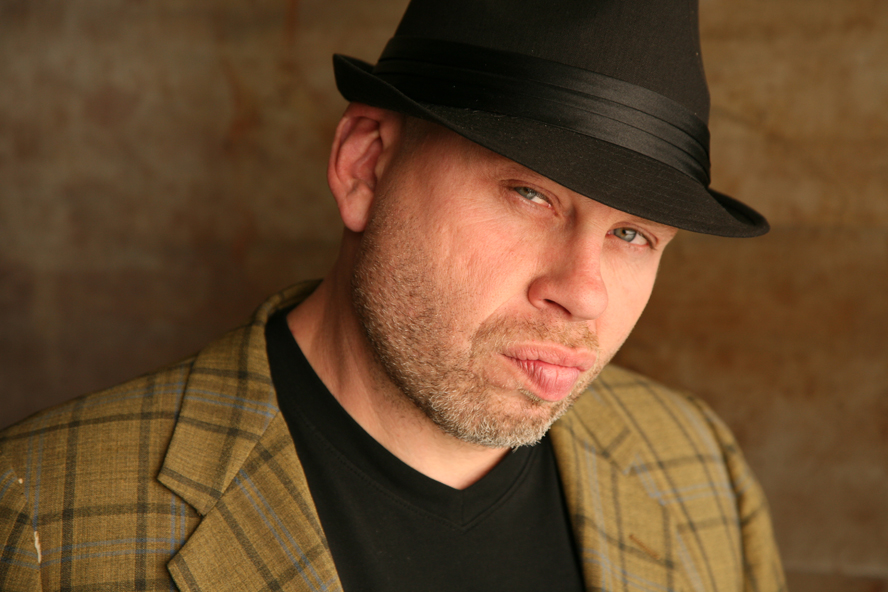 Tell us about your beginnings. Why the arts, Vincent?

Grew up in Cleveland Ohio, with a very close Puerto Rican family. I was an altar boy who liked drinking the Priest’s wine. Just being a rowdy mischievous kid in the neighborhood. Grew up playing sports baseball, basketball, and boxing. My cousins were breakdancers. I tried it and ended up being pretty good at it. We formed a crew and next thing you know, we were opening up for the Fat Boys, Run-DMC, Kurtis Blow, Newcleus — we were doing the halftime show for the Cleveland Cavaliers. That was my start into the arts. There was an original play at Karamu House on the east side of Cleveland. They needed a Caucasian kid who could dance, play basketball, rap, and act. That’s pretty much how I got into acting. I got the acting bug and started taking classes. Next thing you know, I’m in Los Angeles making it happen. On my own, with no family, no friends and no place to stay.

Work a few different jobs on the way up – outside of film?

I worked as a lab assistant. I worked as a bank teller. I know for a fact that I was probably the worst teller they ever had work for them. I had my own personal complaint file from customers… Good thing I was their top seller.

And looking at your filmography – there’s a definite interest to diversify with each role. But is there one genre you normally gravitate towards?

I love films and roles that push the envelope. Edgy, dark, makes you uncomfortable, but I find it challenges you as an artist to rise to the occasion. I feel like you’re holding a mirror up to your audience and making them look at themselves and how they would react in certain situations.

And what’s the story with PIRATES OF THE CARIBBEAN? How did you get involved in it?

PIRATES was an amazing great time. Working with Johnny Depp, I made some great friends who I’m still friends with. We played a lot poker and we drank a lot of rum.

I auditioned for it, and I was the last actor cast in it. I was supposed to only work for three weeks but I ended up working on it for close to six months. You never know where that opportunity is going to come from — just be open to it.

What would you say was your ‘break?’ When did you know it was working for you?

Booking ENCINO MAN gave me the confidence to keep going.

When did you begin producing your own movies and what was the motivation there?

I was sitting around with my buddy Alex D’lerna and we had just finished watching EL MARIACHI. We were like, “We can make a film.” We both read Rebel Without A Crew by Robert Rodriguez and it inspired us to go make a film. We used his book as our Bible to make our first feature, ALVAREZ & CRUZ, which we made for $10,000. The motivation was to try to advance our career and for me to play roles that I normally wouldn’t be considered for.

The experience and lessons I learned from that film were so valuable. Where there is a will, there is a way!

How did you the great Paul Sorvino get involved in ACTS OF DESPERATION?

He’s great friends with Kira Reed Lorsch, who is our executive producer on the film. She sent him the script, he liked it, and next thing you know, he wanted to be a part of it. It was a huge coup for us to have a name in our film. He did amazing job.

And did you always intend on playing a role in the film?

Yes! I always have to play a role in any film I’m involved with. Acting is my passion, and I just love challenging myself, producing and playing a role.

Working on studio films & indie films is pretty much the same thing. The big difference is obviously the budget. Studio films have a lot more people sitting around..,lol. Studio films can take there time and shoot one scene all day. While making an indie film, your shooting schedule is eight pages a day and you’re going shooting at multiple locations on the same day. Which makes indie films more stressful, because of budget & time & availability of location and actors. You’re usually pulling a lot of favors to make indie films happen.

Coming out in a new film called TRAUMA THERAPY. Reccurring on a show called Golden Revenge, out soon.  Booking more acting work.  Directing a film in the near future. Oh, and I’m also producing a documentary called BROTHERS BROKEN: WHEN THE MUSIC STOPPED!

Thank you, this was a lot of fun. 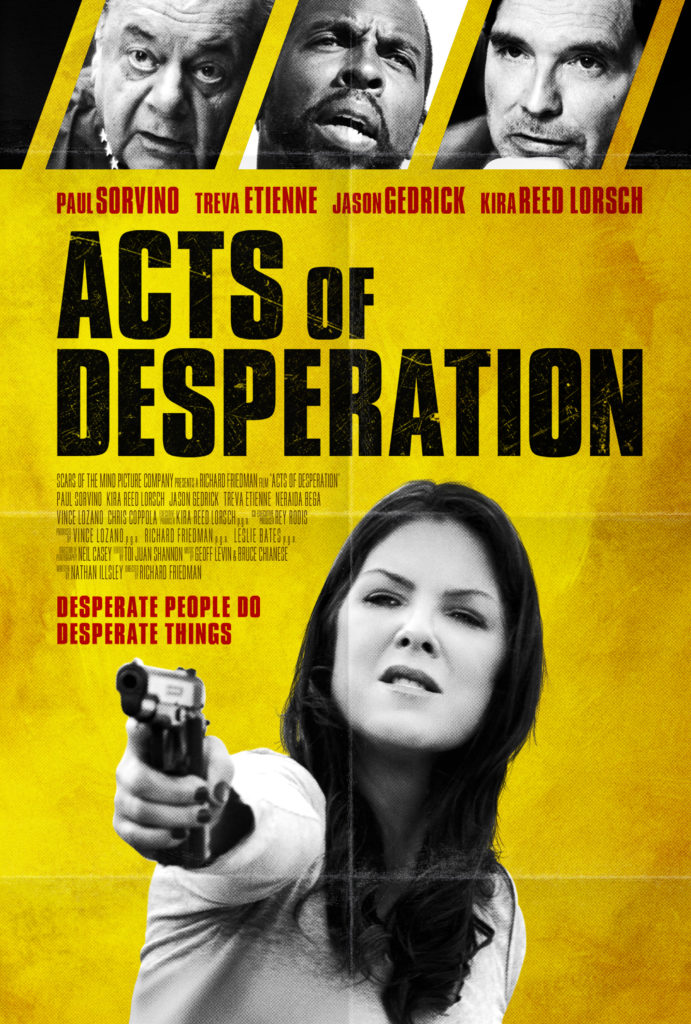 ACTS OF DESPERATION arrived on VOD on March 12th.