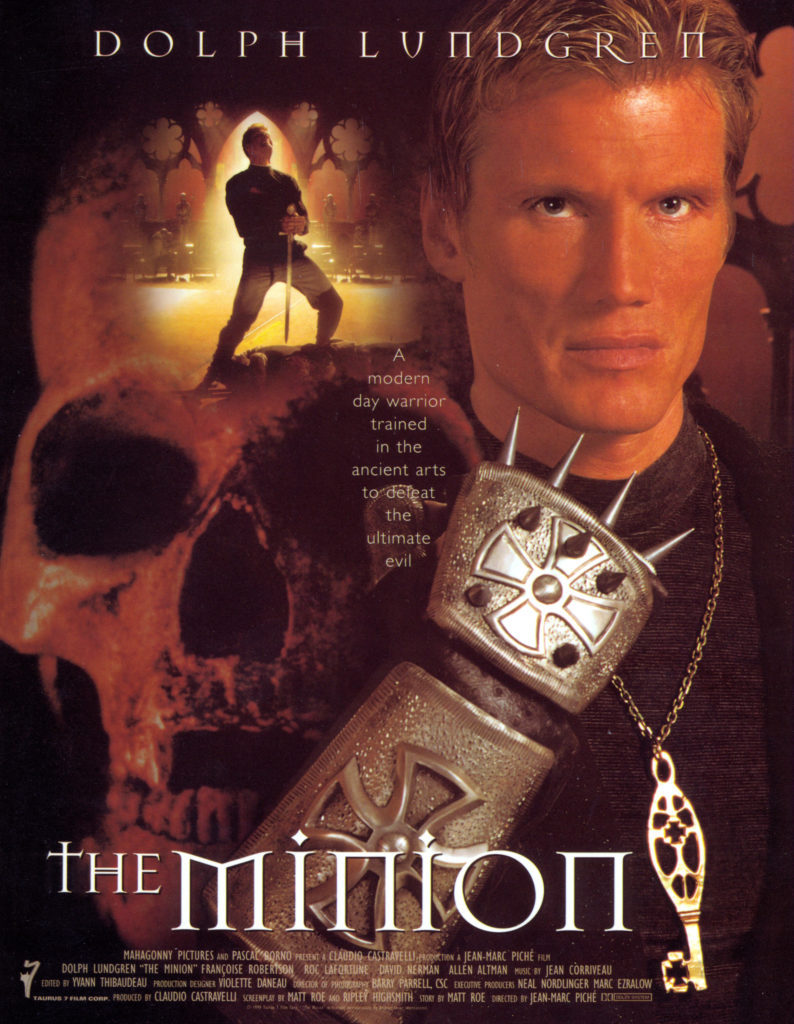 In THE MINION, Dolph Lundgren plays a priest with a Hellboy hand who does battle with the Anti-Christ, in a story set in New York but which looks as Canadian as anything possibly can. This is basically the Rick Moranis of Dolph-versus-Satan movies.

It may be tougher for younger people to remember, but at the end of the last millennium, between 1995 and 2000, there were a whole lot of comically paranoid sci-fi/action movies anticipating what was then referred to as “Y2K.” Arnold Schwarzenegger made one called END OF DAYS, in which he fights Satan using a grenade launcher. THE MINION is the Dolph Lundgren version of that, which means it’s much cheaper but also more entertaining. But in the interest of total honesty, I should say that Dolph doesn’t exactly have a “Hellboy hand” per se; more of a shit-kicking steel gauntlet with sharp metal spikes on it, as pictured above.

Tom-ay-to, tom-ah-to — either way, a whole bunch of things get punched, which is precisely what you want out of a movie where Dolph Lundgren fights the Anti-Christ.

THE MINION is out today on Blu-Ray thanks to Kino Lorber Studio Classics — let us know if you check it out!