You know him and love him from DAILY GRINDHOUSE (perhaps you read his dispatches from the BRUCE CAMPBELL HORROR FILM FESTIVAL, or maybe his interview with Herschell Gordon Lewis) and now the magnanimous Jason Coffman has an e-book available on Amazon! 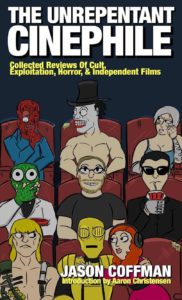 THE UNREPENTANT CINEPHILE collects over 400 of Coffman’s reviews of cult, horror, exploitation and independent cinema. The book also features cover art by DAILY GRINDHOUSE illustrator Andrew Vanderbilt as well as an introduction by film critic Aaron Christensen. Coffman’s first book is a must read for any cult cinema enthusiast as Coffman digs deep into the VHS and Vinegar Syndrome archives to review movies that would scare you off with only their box art. 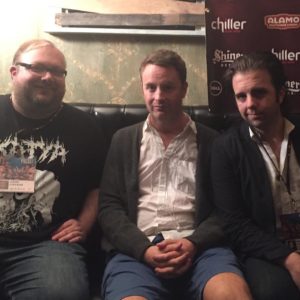