Home  ⁄  The Wire  ⁄  DIRECTOR LOWELL DEAN TALKS ABOUT HIS NEW FILM “WOLFCOP”; PROJECT IS READY FOR A FULL MOON. 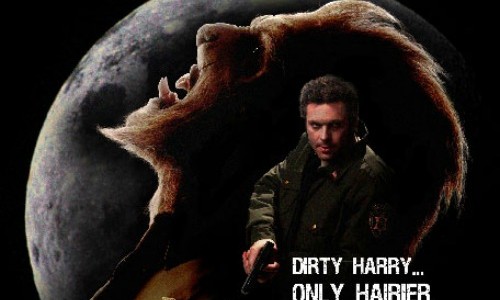 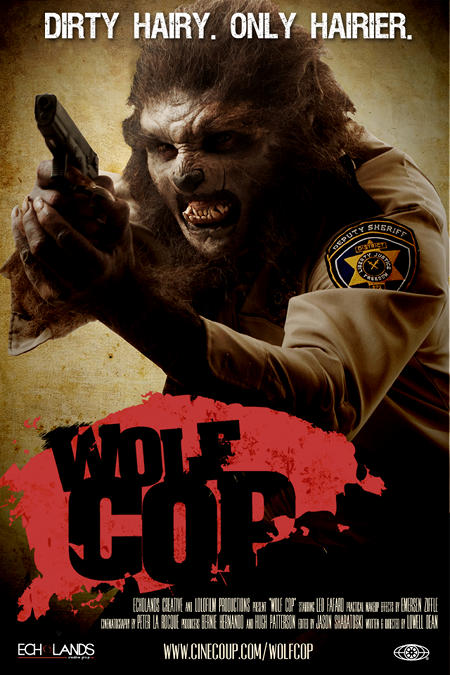 Independent Canadian horror cinema is going through a minor renaissance with the works of Astron-6 (MANBORG, FATHER’S DAY), the Twisted Twins (DEAD HOOKER IN A TRUNK, AMERICAN MARY) and Jason Eisener (HOBO WITH A SHOTGUN) all making international waves in recent years. Looking to join this illustrious league are Lowell Dean and the Echolands Creative Group, who seek to bring their delightfully ridiculous looking werewolf action film WOLFCOP to cinema screens; and have already created a very impressive concept trailer to get genre fans talking.

Director Lowell Dean was nice enough to sit down and answer a few questions about the project.

Sweetback (SB): So, WOLFCOP. The concept trailer and the poster has genre fans buzzing. Where did the idea come from, and what should Werewolf fans expect from the eventual final product?

Lowell Dean (LD): I love werewolves and monster movies in general. I also really wanted to tell a story that would be faithful to werewolf mythology while adding something new, as well. I am inspired by films like EVIL DEAD and AN AMERICAN WEREWOLF IN LONDON, so I wanted to tell a story that blended genres. It is a horror film first and foremost, but there is comedy in there as well. Audiences can expect something that could make you laugh one minute and scare the hell out of you the next! Basically, a really fun theatre-going experience. 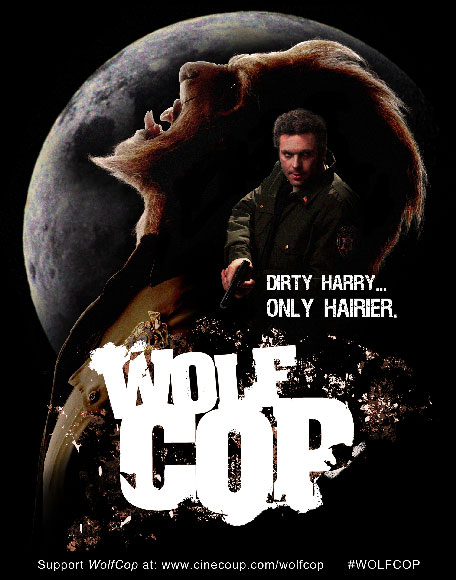 SB: What sort of tone are you hoping to hit here? Obviously the trailer shows off a lot of humor, but it also seems to want to embrace the mythology of the character. Is there a concern that the final product might feel like a short film or sketch stretched to its breaking point?

LD: There is FAR MORE to the story than what is hinted at in the concept trailer, I really want to get that point across! The trailer is just a glimpse, a brief example to sell you on the style, character and tone. It is a selling tool. As for the script, I would almost compare it to a superhero origin story, where we meet a character and witness his journey. We will see a bit of Lou’s life before the inevitable transformation, then witness how it shapes his life and his personality… and what he does when given his “great power and great responsibility”. Unlike Spider-man though, he has some serious claws, so there may be some bloodshed when he runs into criminals, even if it’s not always intentional! Basically, there is an entertaining, insane journey in store for this character.

SB: You’re obviously a director who loves genre films; and you’ve recently finished your first feature 13 EERIE (with Katherine Isabelle). Where did your interest in horror develop, and what directors have you found most influential on your career up to this point?

LD: I love films that get a reaction. Ones that make you laugh, ones that make you scream! My interest in horror stems from roles models like Sam Raimi and Peter Jackson. Their careers are a template to aspire to, and they both had great success early on by showcasing their style in the horror genre, which is known for it’s rabid fans! I love movies that wear their love of the absurd on their sleeve. This is an “audience film” for sure. Our goal is to tell a great story, give viewers a good time… and show them some really messed up stuff. 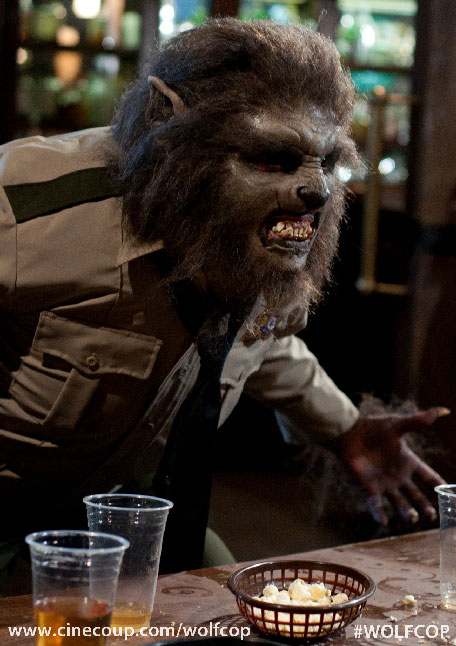 SB:  In recent years we’ve seen a minor Canadian renaissance in low-budget horror, with Jason Eisener, the Soska sisters and Astron-6 making major international waves. What about this country has provoked such an interest in horror, and do you see yourself sticking with genre films for the immediate future?


LD: I don’t know if it is something in the water, but I agree Canada is a great place for horror! Maybe it’s something in our subconscious and how we see the world in a more ironic way being right next door to the United States? I also find that most Canadian artists have a subversive sense of humour, which plays well in horror. And yes, I do see myself sticking with horror and comedy; I have already written two other genre films that I hope to make after WOLFCOP. Horror is just too much fun!

SB: What can interested fans do to make the WOLFCOP film happen?

LD: The #1 way fans can help us make this movie is by supporting the project on CineCoup!

Joining the page is really is easy, and if you are active on the site by rating trailers and mission videos, your will be given the power to vote and decide which films stick around! “Superfans” who are really active get more sway than casual fans. The first round of voting is March 21st and they will go from 90 to 60 films, then later to 40, 15 and so on. The power is literally in the hands of the people, so please join and help get WOLFCOP into theatres!

SB: For readers who want to keep up on your work – or follow the progress of the campaign – what’s the best way to do so?

LD: The best way is by joining CineCoup and following the progress on our page (http://www.cinecoup.com/wolfcop). We are also on twitter (https://twitter.com/wolfcopthemovie) and facebook (https://www.facebook.com/WolfcopTheMovie).

SB: Thanks for your time, Lowell. It’s much appreciated. I hope you’ll keep DAILY GRINDHOUSE abreast of any future developments. I cannot wait to see this project come to fruition.

LD: I really will come to you with more scoops! Thanks SO MUCH for helping us spread the word!