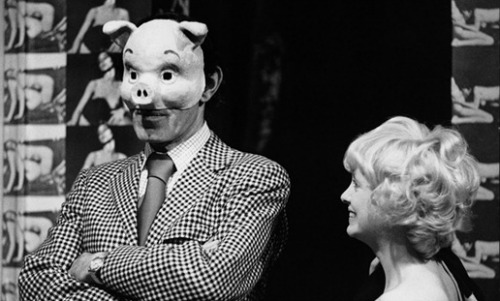 Vinegar Syndrome’s release of their SAVAGE WATER/DEATH BY INVITATION double bill hit a last-minute copyright snag with the former title, causing the release to be pulled. But fans of DEATH BY INVITATION will be happy to know that they’ve just announced that the latter title will still be issued, paired instead with comic book writer (and co-creator of Charlton Comics’ The Peacemaker) Pat Boyette’s low-budget horror curiosity DUNGEON OF HARROW!

The staple of many PD multi-disc sets, HARROW has always been a fascinating film that’s looked like crap due to shoddy transfers and washed-out prints. Vinegar’s release, however, promises a 2k scan from archival film elements and will be bringing HARROW to light in a form significantly better than it’s ever gotten before! 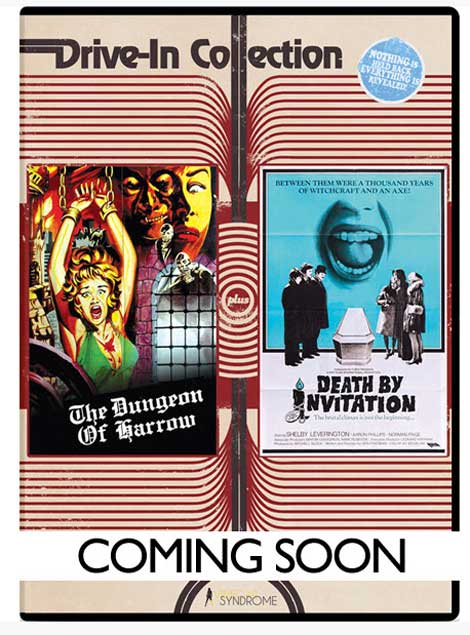 Here’s the descriptions of the films straight from the horses’ mouth:

Two grimy, low-rent, regional sleaze-fests guaranteed to leave even the most jaded genre film fans scratching their heads in disbelief.

The Dungeon of Harrow (1962)
This lurid Texas shot gem, in the vein of Corman’s THE TERROR, follows two survivors of a shipwreck as they find themselves trapped on a remote island, run by a mad baron keen on torture.
Director: Pat Boyette
87 minutes / Color / AR: 1.85:1

Here’s a video promo for the titles, due out May 7:

But that’s not all! 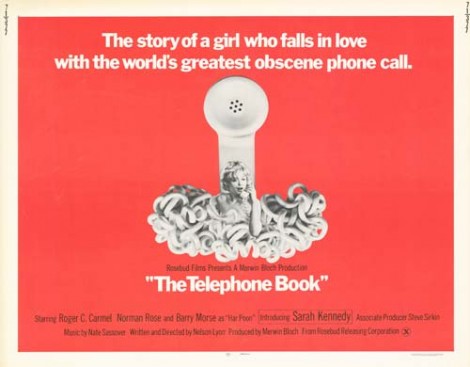 In addition, Vinegar has announced the release of “Saturday Night Live” writer Nelson Lyon’s THE TELEPHONE BOOK, one of the most fascinatingly bizarre “sexploitation” flicks ever made, to street on the same day! The story of a young woman who falls for an obscene phone caller and is determined to track him down, THE TELEPHONE BOOK is much more in line with the experimental, counterculture flicks of COMING APART or PUTNEY SWOPE than a sex flick, and one Shock Cinema editor Stephen Puchalski called “an impossible to categorize, lovably out-to-lunch artifact.” Having seen the flick, it’s hard to argue, and I can only say that that is a jaw-dropping spectacle that I’m unnaturally excited about seeing inflicted on a new audience.

Seriously, unnaturally excited. You can check the pants.

I can’t find a trailer online, but here’s a clip that should give you a good idea as to what you’re getting into:

With the releases of their Anthony Spinelli double bill on the streets (to be reviewed by DG shortly), MASSAGE PARLOR MURDERS in the wings and their double-bills of THE SUCKERS/THE LOVE GARDEN and THE LONELY SEX/ANATOMY OF A PSYCHO set to be released in April, Vinegar Syndrome is clearly becoming the leader in Grindhouse love. Join their Facebook page here!