Many comparisons will be made of Joseph Ellison’s skin-crawling psychological blow torch, DON’T GO IN THE HOUSE, with that of William Lustig‘s more heralded MANIAC. After all both feature an unhinged, middle-aged white male who was raised on their mother’s abusive knee. Both dabble in waking nightmares in which the deceased mother torments from beyond the grave, and both unleash their nasty brutalities on women in unflinchingly torturous ways. Each revel in their own cruelties to the point of sobering disgust, bringing cinema teetering on the edge of stylized snuff; and it’s precisely why they symbolize a rather hard flex in the horror genre. 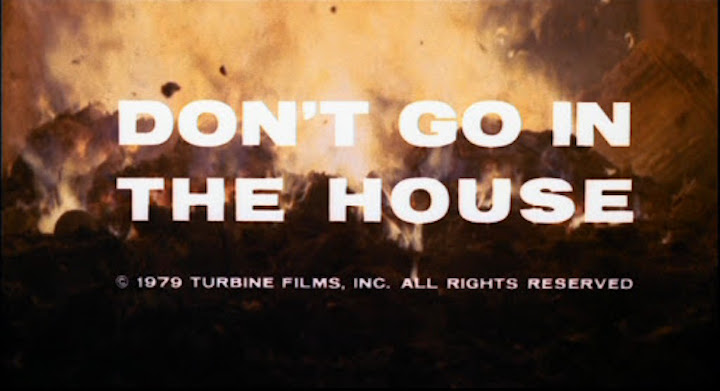 While DON’T GO IN THE HOUSE made its US premiere on March 28th, 1980—a little over a month before MANIAC was hailed by audiences at Cannes—it debuted at the Paris Festival of Fantastic Films the previous fall. Not only did DON’T GO IN THE HOUSE arrive ahead of MANIAC‘s morbid shadow, but Joseph Ellison’s first feature length film manages to stand alongside it as one of the most dogged chapters of the genre, making the most of its lead and minimalist winter setting. 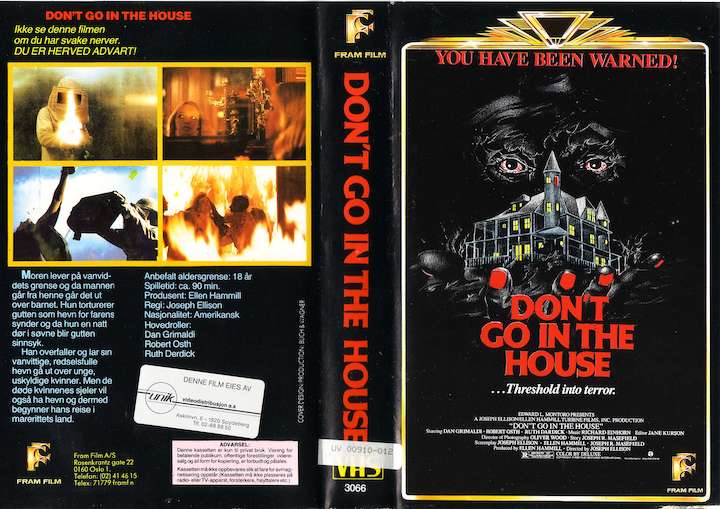 Witnessing a co-worker at the local incinerator explode into a ball of flame, Donald Kohler (Dan Grimaldi) goes home to discover his abusive mother sitting dead in her room. Grieving and grappling with intense flashbacks of a traumatic childhood, in which his mother (Ruth Dardick) used an open flame to burn his arms, Donald sets out to punish random women by baptizing them in flames using a steel room and a flamethrower. As the scorched remains of his victims pile up within the third floor of his mother’s secluded home, Donald is plagued by nightmares that send him spiraling further into madness. 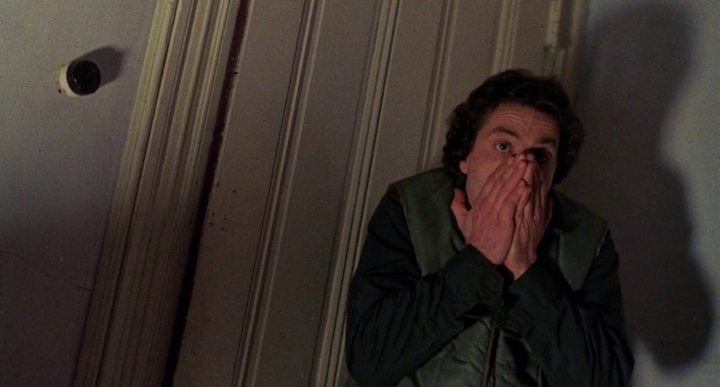 Dan Grimaldi, who would later portray both twin brothers on HBO’s culture defining The Sopranos, plays Donald as if he’s stuck between two extremes; the sheepish and the sadistic. While he never quite sizzles with the magnetic charm of a guy like Joe Spinell—which isn’t a bad thing, as there can really only be one Joe Spinell—it’s still a performance that manages to sufficiently cut like a Listerine razorblade. Wearing torment like a mask stretched too tight, Grimaldi hisses and pops like an ember ready to burst into flames, singeing DON’T GO IN THE HOUSE with an unbridled terror that’s matched only by the grimness of the film’s set pieces. 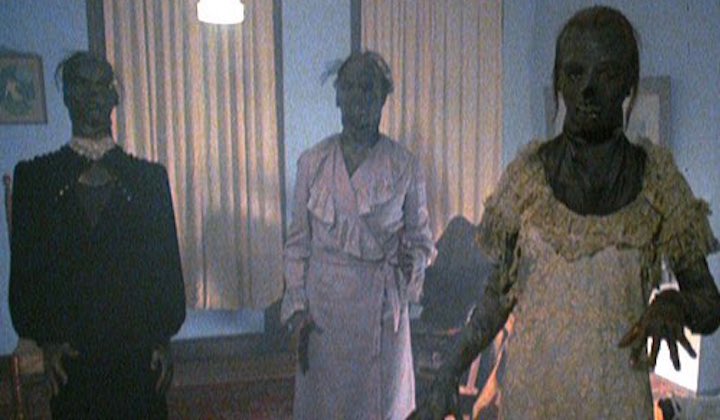 Shot around the Atlantic Highlands area of New Jersey (the titular house is now the headquarters for the Historical Society), Ellison and cinematographer Oliver Wood (FACE/OFF) use locations that feel rooted in a working class town, effectively mirroring the sparse discomfort of director Lewis Jackson’s richly cut seasonal slasher, CHRISTMAS EVIL—another ’80s standout tackling childhood trauma. Oppressively bleak brick buildings and desolate street corners, accented by unassuming bars, floral shops and grocery stores, are shot as an abandoned vestige of the post-War optimism. A setting that feels like a neighboring echo of the women Donald strings up in his steel chamber, desperately grasping at a hope that is no longer home.

Where MANIAC gleefully bashes you in the head with its strikingly morbid mutilations of women—multiple scalpings and stabbings over the course of 90 minutes—DON’T GO IN THE HOUSE only showcases the brutal murder of one of Donald’s victims; though it’s beyond effective, setting a brutally eerie tone for the rest of the film.

After Donald convinces a florist named Kathy (Johanna Brushay) to let him buy some flowers for his dead mother well after the store has closed, she reluctantly accepts his offer to give her a ride home—a choice that seems slightly more appealing than waiting for a bus in the cold amidst a few drunken catcallers. Making a pit-stop to quickly throw the flowers in some water, Donald invites her inside where she’s knocked unconscious and left hanging naked within the cold steel walls of a make-shift oven. 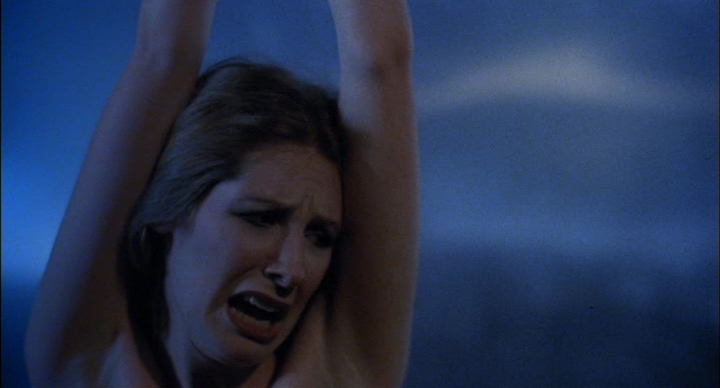 You can probably guess where it goes from there, and if you hear of any warnings, heed them and heed them well. This is a scene that earns every bit of its hard reputation as desperate pleas turn to desolate screams before the special effects wizardry of Tom Brumberger (who would later add his touch to the unsung slasher, ALONE IN THE DARK) envelopes the scene in a grizzly display of pyrotechnics. Its unwavering depiction of death is both laudable and loathsome, ranking right up there with some of the genre’s best. 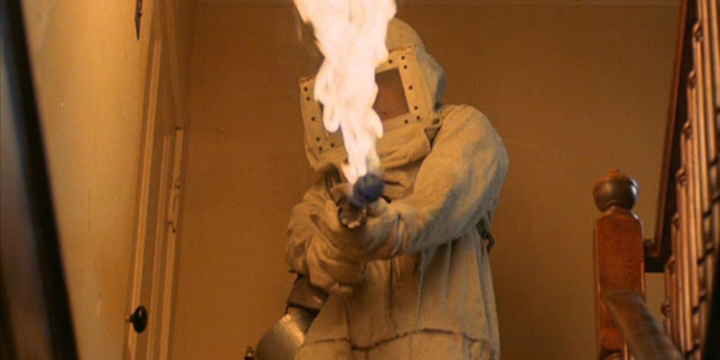 What makes DON’T GO IN THE HOUSE stand above the countless other savage slashers of the early ’80s is how effectively bone chilling it becomes the further Donald descends into a disturbed frenzy. As someone who awoke from a mannequin filled nightmare after watching MANIAC for the first time, I can safely say that DON’T GO IN THE HOUSE evokes a very real and very palpable feeling, dousing the audience in a flammable fear that’s primed to ignite. Whispers chill the air and visions of Donald’s decaying mother torment the house, filling the corridors with an unease that’s made even more ghastly by composer Richard Einhorn (SHOCK WAVES), whose synth-string score underlines the film’s creeping dread. 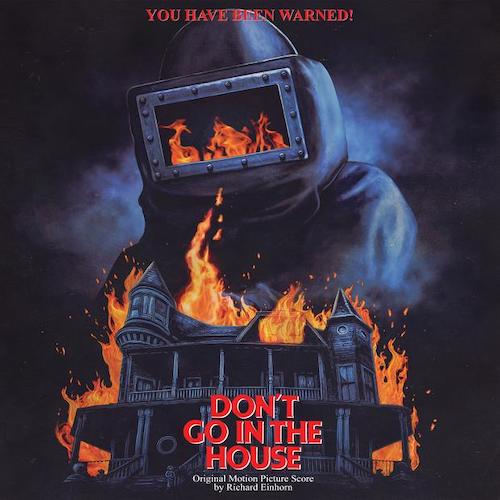 Again, similarly to MANIAC, there’s a surprisingly deep complexity to DON’T GO IN THE HOUSE—showcased by the wavering character study of someone gripped by an unshakable trauma. This isn’t evil incarnate but a profoundly disturbed man whose own domestic abuse has whittled an unthinkable cruelty towards an entire gender. DON’T GO IN THE HOUSE, playing this awareness against the bare brutality of the slasher genre, is not for everyone (it absolutely isn’t), and most will find it too vile and too pitiless. But beneath its repugnant nature and sleazy surface is a film crackling with a depth as blackened as its heart. One that elicits charred adrenaline that will burn long after its chilling final frame. 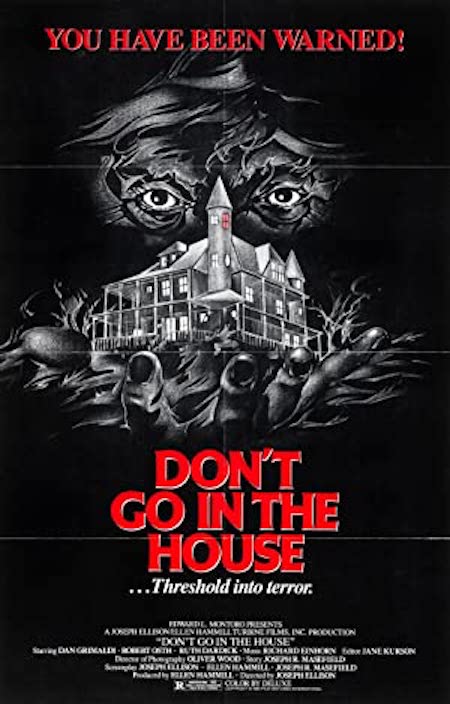