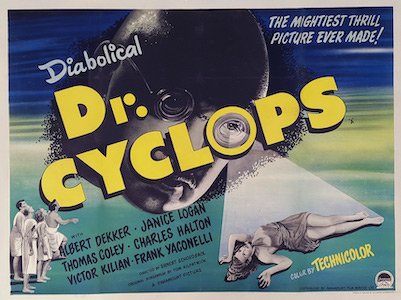 Merian C. Cooper and Ernest Schoedsack’s legacies will forever be tied to King Kong, the iconic beast whose enormous shadow has stretched through the ages. Somewhat lost in this shadow are this duo’s prolific careers away from Skull Island, as they collaborated before and after crafting their seminal monster movie. They were the first to bring THE MOST DANGEROUS GAME to the screen; they produced an adaptation of THE MONKEY’S PAW that is sadly lost to time; unsurprisingly, they returned to the well with SON OF KONG and MIGHTY JOE YOUNG, which shouldn’t imply they were content to stand pat. Rather, these two consistently brought grandiose visions to the big screen, making them pivotal figures in Hollywood’s long-held fascination with filmmaking as spectacle. The path to modern-day blockbusters certainly winds through the careers of Cooper and Schoedsack, who pushed the limits of filmmaking technology 90 years ago to transport audiences to spaces that were once just the stuff of imagination. One of the more unsung stops along that path is DR. CYCLOPS. 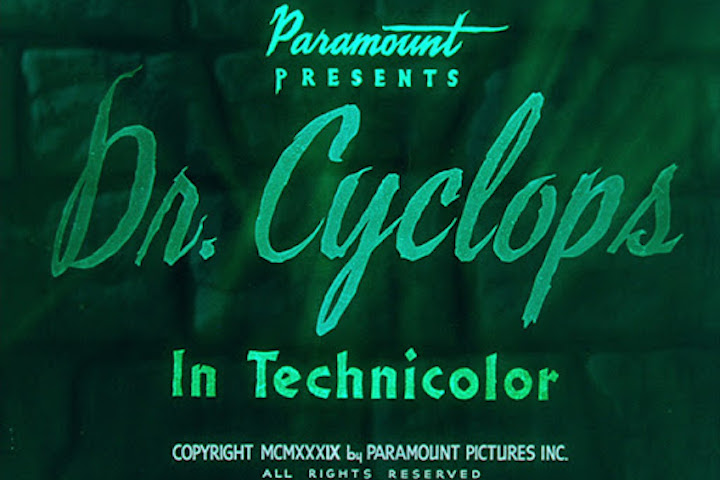 Released on this day in 1940, seven years after KONG, DR. CYCLOPS finds Cooper and Schoedsack once again tinkering with technology to whisk viewers off on an unreal adventure. The impulse here is the inverse of KONG; where that film famously goes big, this one goes small, stretching deep into the Peruvian jungle, to the laboratory of Alexander Thorkel (Albert Dekker), a near-blind scientist tinkering with nearby radium for his experiments. He summons a trio of colleagues, who arrive with ambitious plans to help the doctor in his groundbreaking work. Upon arrival, though, he simply has them peek into his microscope to confirm his findings, then shoos them off. 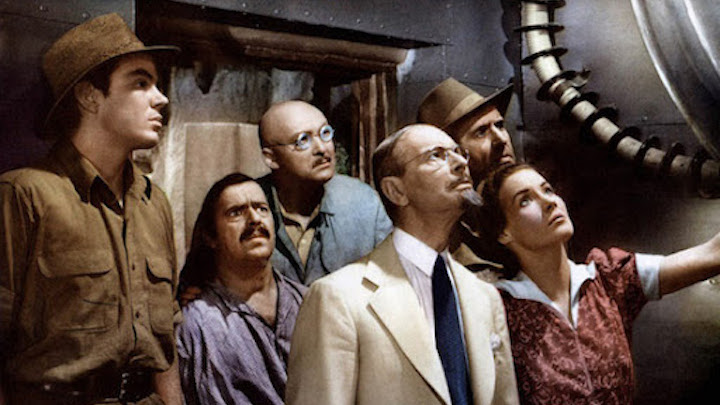 Perplexed and suspicious at having traveled thousands of miles only to be so disrespected, the trio teams up with their guide and Thorkel’s assistant to break into the laboratory, where they discover the mad doctor has succeeded in shrinking objects down to miniature size. Incensed at the intrusion, Thorkel traps them in his fiendish machine and intends to hold them prisoner, the latest subjects for his deranged work. 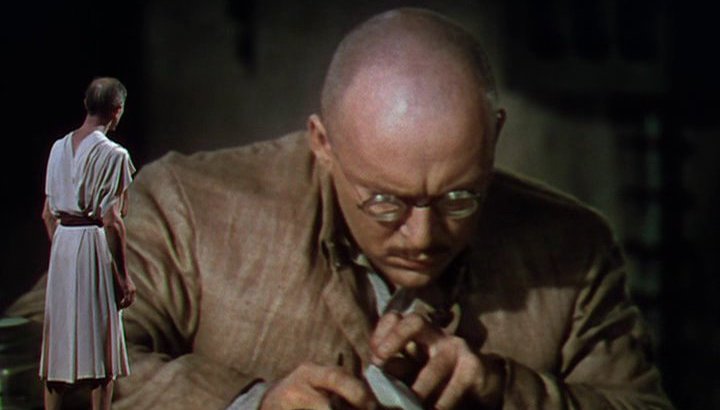 Schoedsack imagines this sci-fi premise as an adventure film that blends whimsy and grisliness as the pint-sized quintet braves Thorkel’s compound and the surrounding jungle. The show-stopping effects take priority, and, while this wasn’t the first film to create this illusion (it was most famously glimpsed in THE BRIDE OF FRANKENSTEIN five years earlier, plus 1936’s THE DEVIL-DOLL) it was the first do so with such a grand scope and scale. Rear projection and oversized sets make for an effect that’s still remarkably convincing and coaxes awe even 80 years after its release. You can’t help but marvel at the meticulous craftsmanship on display in an era where these effects had to be captured in-camera, leaving the filmmakers with little room for error. 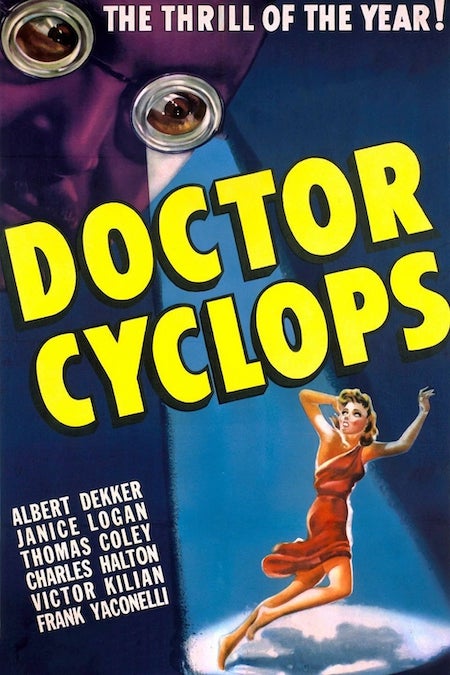 Cooper once referred to Schoedsack as “easygoing to the point of weakness with regard to everything but his work,” further noting that he could be “exacting” on-set. DR. CYCLOPS is a testament to this: it’s a big, bold spectacle that fully commits to its sense of wonder and adventure. Culled literally from the pages of pulp fiction, it adapts Henry Kuttner’s short story into a 3-strip Technicolor fantasia, the first American horror/sci-fi film to use this specific process. While the premise is obviously physically and existentially horrifying, Schoedsack emphasizes the former, sending the diminutive cast on a Skull Island-style adventure pitting them against alligators, cats, and, of course, Thorkel himself. 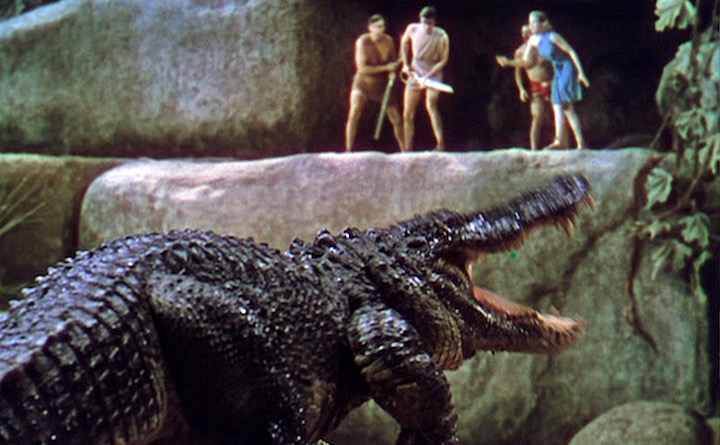 Dekker looms largest in every sense of the word here, casting a shadow as the film’s most indomitable presence. With an egghead and beady eyes concealed behind coke-bottle glasses, he cuts a striking image that endures as the platonic ideal of a mad scientist. Dekker further imbues the character with a pulpy megalomania that’s likewise come to define our perception of over-the-top, raving madmen. There’s an unrepentant streak to him that’s especially diabolical—even though he’s going blind, he garners no sympathy, nor is this a misguided man corrupted by power. 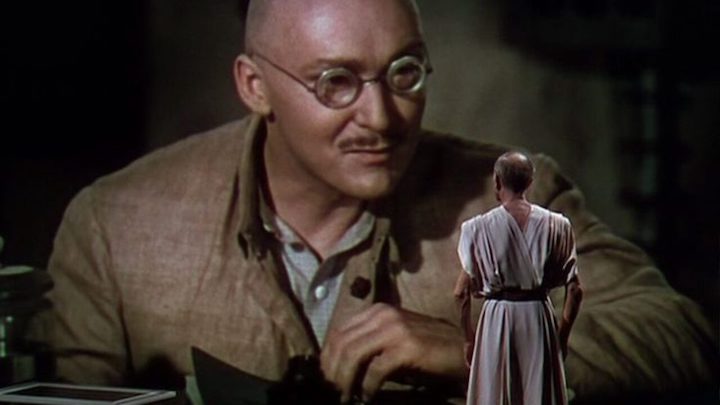 Thorkel is a lunatic who enjoys every second of torturing his captives, all of whom are amiable enough but are no match for Dekker’s screen presence. I suppose that makes DR. CYCLOPS a bit of a one-dimensional trifle. Without the bevy of indelible personalities that KONG boasts, it doesn’t leave the same impression, which, to be fair, is a tall task.

Contemporary critics were largely dismissive of it upon release, with Variety calling it a “dull effort” and an “unexciting adventure” while noting the “trick photography” that would garner it an Academy Award nomination for Best Visual Effects (it would lose to THIEF OF BAGHDAD). B.R. Crisler was slightly more kind in the pages of the New York Times, naming it “the best bad movie of the year” and “an epic of silliness.” More interesting is Crisler’s argument that DR. CYCLOPS stretched boundaries with his insistence that it’s “a monument to the ever-expanding universe of cinema where, occasionally, anything goes.” His closing words, which call DR. CYCLOPS a “minor miracle” that’s simultaneously “terrible” and “amusing,” speak to the capacity of cinema to entertain through sheer spectacle. 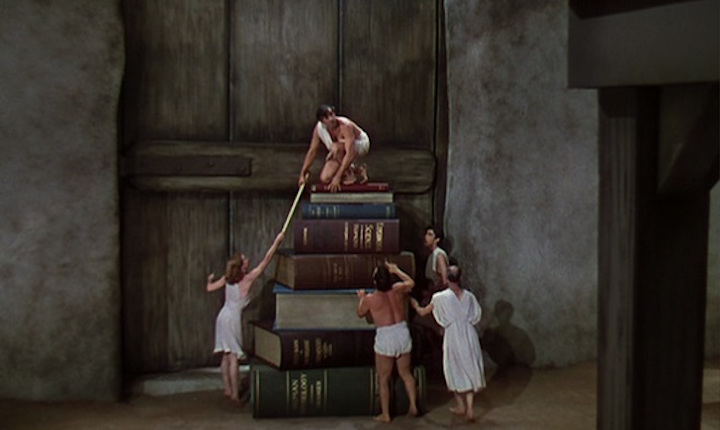 How many films still manage to earn the somewhat ignominious distinction of “style over substance” or (ugh) “so bad it’s good?” It turns out these notions have been part of the movie-going lexicon for decades, with DR. CYCLOPS providing an early example. As John Miller notes at TCM, Crisler tapped into the notion of “camp…long before that term had been coined” here. 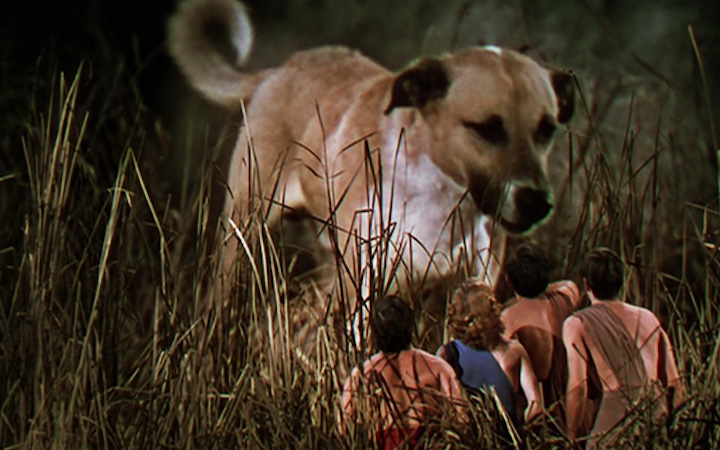 But I would also argue that DR. CYCLOPS is a genuinely interesting production in the annuls of genre history. Arriving just as Universal’s first—and definitive—decade of horror had come to a close and just before Val Lewton would come to define the next decade, it’s a conspicuous curiosity lingering at the crossroads. Its status as yet another mad scientist tale in the wake of THE MONSTER, THE INVISIBLE MAN, DOCTOR X, any number of Boris Karloff pictures, and the various Jekyll/Hyde riffs likely would have made it old hat to jaded audiences. And yet, it certainly looks ahead in this respect, particularly in Thorkel’s pointed fascination with atomic energy and its unknown powers. Perched right on the precipice of the existential terror of the atomic age, it anticipates the type of cinematic horrors that would become popular a decade later. 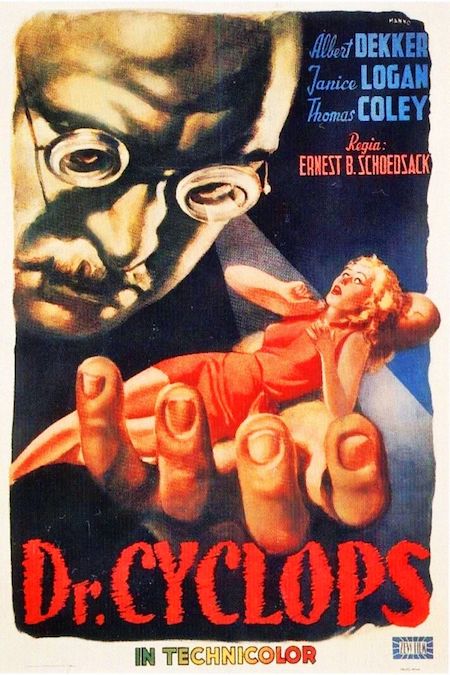 Just as KONG was ahead of its time in imagining the world of giant, strange beasts that Toho would popularize with GODZILLA, DR. CYCLOPS is among the first films to envision a world where nuclear radiation upends man’s place in the universe. ’50s theater screens would swarm with oversized creatures or minuscule humans, almost always as a result of atomic fallout. However obliquely, Cooper and Schoedsack saw the writing on the wall a decade earlier with DR. CYCLOPS, a film with a fanciful, pulp façade haunted by the specter of a very real, looming menace whose shadow was set to stretch across the globe. 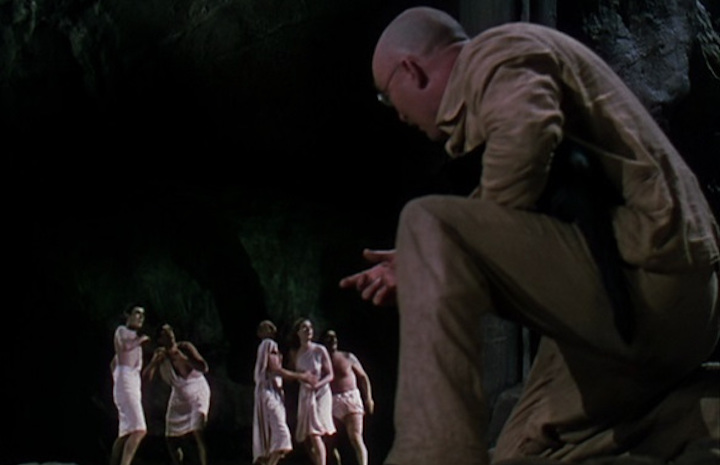 It, too, would metaphorically reduce mankind in stature but would do so without the reassuring whimsy on display in DR. CYCLOPS and many of its successors. Caught between two worlds, it’s a film that’s something old and new all at once: a swinging, old-school adventure doubling as a testament to mankind’s grit, yet also a grim reminder of its worst, most destructive impulses.