The idea of the “scream queen” may have been originally coined for Jamie Lee Curtis after her roles in HALLOWEEN, TERROR TRAIN and THE FOG, but the moniker has evolved a bit since then, with the definition ranging from “an actress who has recognizably appeared in countless horror films in a major role” to “a woman who played a character who was killed on screen in some microbudget gore film and now charges $25 for a signed photo at conventions because audiences recognize her boobs.” The definition began to lose value with “scream queen” explosion of the late ‘80s and early ‘90s, as the success of prolific actresses like Linnea Quigley, Michelle Bauer and Brinke Stevens using the name and finding it co-opted by, well, just about any younger actress who appeared in any sort of horror film.

This Scream Queen boom was profiled in INVASION OF THE SCREAM QUEENS, a 1992 documentary from filmmaker Donald Farmer, no stranger to the world of low-budget horror with video staples like DEMON QUEEN, CANNIBAL HOOKERS and VAMPIRE COP to his credit. The long out-of-print film has been tough to track down since its original VHS release, but Wild Eye Releasing and VHSHitfest have brought the film back into the spotlight with a DVD (and VHS) re-release, bringing along a new introduction and some additional footage for the ride. 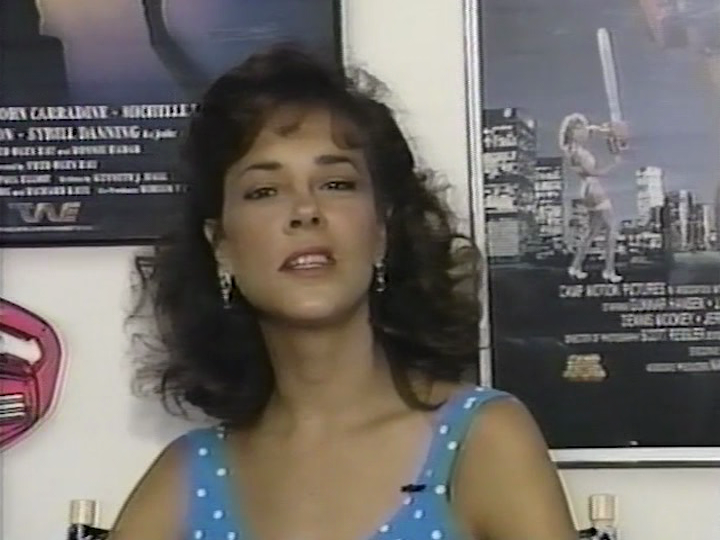 In the lengthy interview on the disc, director Farmer talks about how the film is best now seen as a time piece, and while there’s certainly value in the contributions of the many interviewees, it’s a fair tactic to take. The film features an array of interviews with various actresses known for their horror roles, ranging from legendary (Mary Woronov, Hammer’s Martine Beswick) to the notable (Stevens, Bauer, HILLS HAVE EYES’ Janus Blythe) to the underrated (Elizabeth Kaitan, Ruth Collins) to those whose presence will just result in a “who?” reaction to all but the most incredibly devoted fans of cult cinema (NUDIST COLONY OF THE DEAD’s Deborah Stern, HELLROLLER’s Tammara Souza) so that INVASION doesn’t just serve as a look at scream queens, but rather an interesting look at what the idea of “scream queens” was at the time when fandom was finding its footing and the direct-to-video boom was faltering.

INVASION is clearly a low-budget affair without much in the way of context – after some footage from movies featuring female characters (the inclusion of EXORCISM and I DRINK YOUR BLOOD suggests that Lina Romay or Lynn Lowry will be among those interviewed, though they aren’t) and a brief intro by Brinke Stevens, we go straight to the interviews. They’re not presented in any particular order, with one interview with an actress being presented after another as they talk about what they’re known for and how they became comfortable with doing the inevitable nudity. 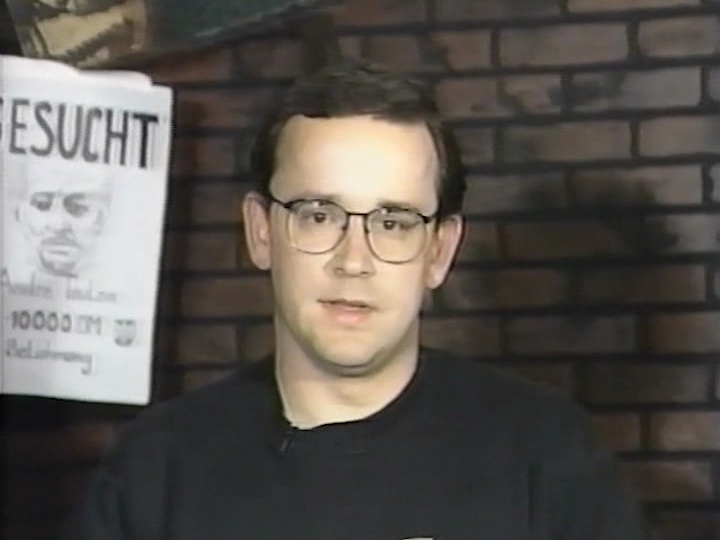 Michelle Bauer talks about posing for Playboy and being discovered by Fred Olen Ray, saying “I don’t put too much emphasis on pay or the part” with regards to her roles. She also singles out David DeCoteau as a good director to work with, and the helmer of NIGHTMARE SISTERS and SORORITY BABES IN THE SLIMEBALL BOWL-O-RAMA is interviewed next, the sole gentleman given a voice in screen, and he eludes to the curiously-absent Linnea Quigley, noting that they don’t currently work together “for various reasons.”

Brinke Stevens is next, and as one of the most eloquent of horror actresses, she talks about her early exposure to Hammer horror, working on non-union films and moving into writing with TEENAGE EXORCIST, a film that unfortunately sat on the shelf for a couple of years after this doc. The same fate befell SOULMATES, the flick the next interviewee, Melissa Moore, hypes – it wasn’t released until 8 years later under the title EVIL LIVES! Still, Moore talks VAMPIRE COP and tells a charming story about working with Leslie Nielson on REPOSSESED. 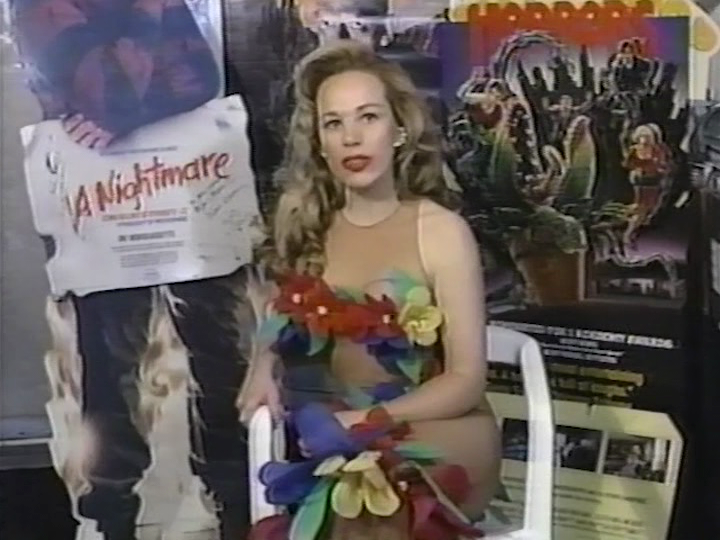 Hammer queen Martine Beswick is next, and she talks about the Raquel Welch catfight on ONE MILLION YEARS B.C. and working on Gary Graver’s EVIL SPIRITS. Ruth Collins appears in an amazing outfit and talks about working with Joe d’Amato in a segment where you can hear the questions she’s given outside of camera shot. Janus Blythe talks both HILLS HAVE EYES movies and THE INCREDIBLE MELTING MAN.

The next segments, featuring various actresses from Mark Pirro films, are mercifully brief but showcase the more obscure segments of “scream queendom,” though that’s followed by a fun talk with Elizabeth Kaitan, the energetically memorable talent from NIGHTWISH and FRIDAY THE 13th PART VII. Shot, according to Farmer’s interview on the disc, in the house of Kaitan’s then-boyfriend Savage Steve Holland, it’s clearly a long interview, as you can see the background go from day to night. It feels the least formal of the interviews, especially when she’s joined by her friend Tammara Souza, as it feels more like a couple of friends shooting the shit about their careers rather than anything meant for a documentary. 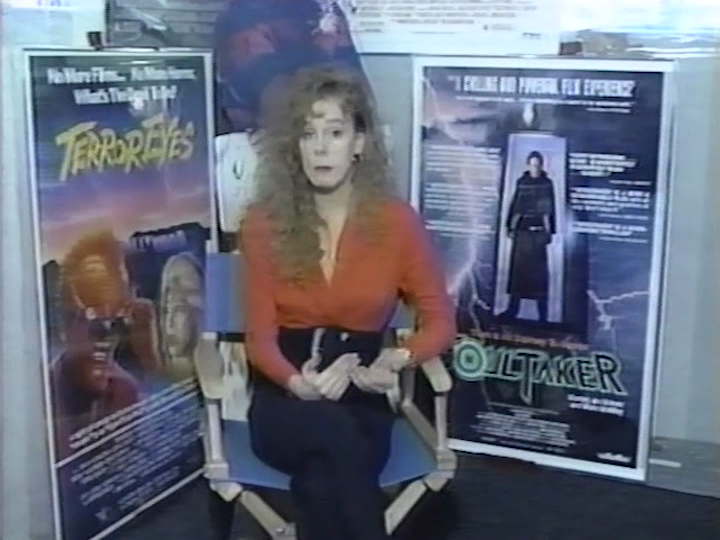 Veronica Caruthers talks about MANKILLERS, FATAL SKIES and LITTLE DEVILS, but like many of the interviews, it’s a little on the self-publicity-heavy side and doesn’t have much in terms of depth. Vivian Schilling follows, and she talks about working as a writer on SOULTAKER and TERROR EYES – I’d love to see a later interview where she talks about the former film being on MST3K! The film concludes with Monique Gabrielle, who frequently breaks into laughter, but before that, we get the great Mary Woronov.

A good percentage of time is spent with Mary Woronov, and you couldn’t pick a better subject – she’s a talent that deserves a documentary all her own. Sure, she talks about working with Warhol and Paul Bartel and is fairly dismissive of SUGAR COOKIES, calling it “porno,” which should come as no surprise if you’ve seen Vinegar Syndrome’s recent Blu-ray release, but she also gets to show off her paintings, explaining them in detail with a genuine passion. She’s also one of the few subjects that actually talks about the craft of acting and working as a collaborative effort instead of just talking about how neat it is to be on films and how great it was to work with everyone. Woronov is congenial but filterless, a trait combination she still very much has today in interviews, and you could easily listen to her talk for hours. (If you ever get a chance to see her speak, do it!) 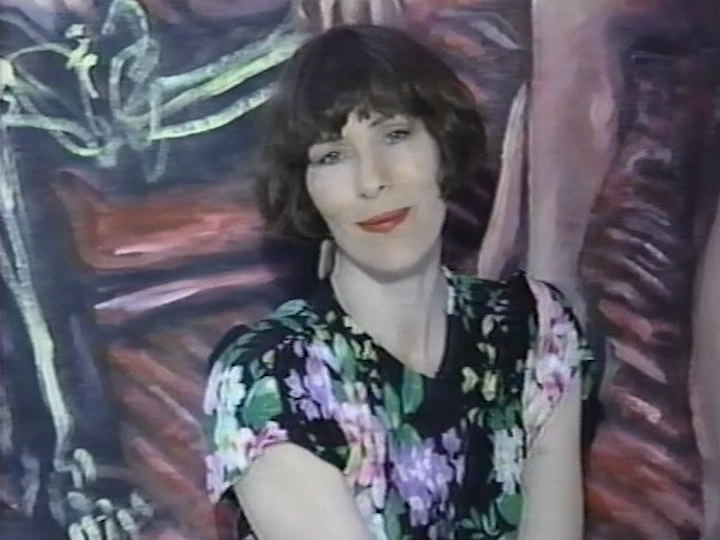 It’s no surprise, then, that the majority of the bonus footage featuring unedited interviews on the disc is devoted to Woronov. Clearly not meant for release, you can sense her frustration with some of the filming, but her professionalism when it comes to the actual interview certainly shows. Additional footage with some of the other ladies is a nice addition, though it’s more like an outtake reel with some entertaining bloopers than much in terms of content.

We also get a lengthy interview with Farmer conducted at 2012’s Cinema Wasteland convention (Massacre Video head Louis Justin appears awkwardly beside him occasionally) and he’s quite informative not only in how the film was put together but the nature of creating and distributing low-budget films at that time. The interviewer pushes the VHS angle a bit much, but it’s essentially like spending a while just shooting the shit with one of the big names in SOV horror at a convention. It does repeat after a while, as it’s not edited at all – just a length recording of a conversation with multiple takes of the same questions (including the introduction to the film) – but you can just walk away from Farmer’s dealer’s table by hitting “stop.” (Not even any need for awkward getaway conversation! This is clearly the way to do conventions.) 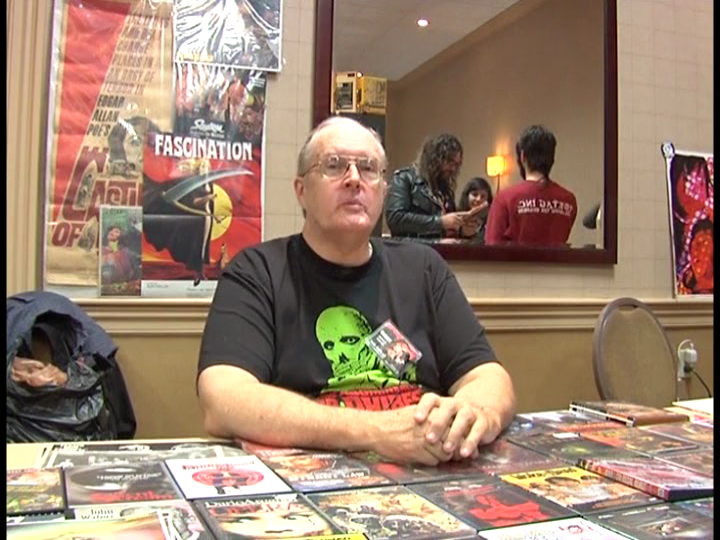 Wild Eye’s DVD presentation leaves a bit to be desired, as the transfer was clearly made from a rather shopworn VHS tape that often degrades into static-laden sound, tracking issues and the occasional blackout. It’s certainly fair to say that it’s on par with the type of transfers you’d get in a shoddy 100-film multipack of public domain titles, but you could also argue that it makes the experience more authentic – you are, in fact, watching the film just as someone would have in its original release. Sure, it’s ugly as sin, but the quality of the video-recorded interviews and thorough degraded film clips aren’t going to improve anyway, so it’s not much of an issue.

Besides, just having INVASION OF THE SCREAM QUEENS back in some legal format is a great boon for fans, who shouldn’t hesitate to pair this with Jason Paul Collum’s more polished and focused (though smaller in scope) SCREAMING IN HIGH HEELS, as they form bookends of both the “golden age” of the scream queen and a look back at what it all meant. It’s great to see such lovingly-made obscurities back in the land of the living, and I certainly applaud Farmer and Wild Eye for making it available once more.