One of Vinegar Syndrome’s July slate of Peekarama releases was a double feature of films starring John Holmes, one showing him in comic mode and one in “Johnny Wadd” mode. In August, Vinegar Syndrome has released another double feature of films in which Holmes appears, but this time he’s not exactly in the spotlight. These two films were directed by Carlos Tobalina, seemingly a favorite of the VS crew, who have released a few of his other films on standalone discs (JUNGLE BLUE, MARILYN AND THE SENATOR). How do they stack up to the weirdness of those standalone releases?

Well, THE ULTIMATE PLEASURE is easily the more interesting of the two films here. Cab driver Jim (Jeff Lyle, credited as “Peter Ace”) and his wife Rose (Kristine Heller, as “Priscilla St. James”) are having trouble with their relationship. Whenever Jim wants sex, Rose is too tired, or has some other excuse. After Jim picks up a fare who appears to be a bank robber, Jim calls an ambulance for the guy and ends up with a briefcase full of money. At this point, things get hazy: Jim gets fired, but whether her uses the money to go to Vegas and have sex with a bunch of women or spends it so he and Rose can enter experimental sex therapy (or both?) is a little unclear. In any case, Jim ends up in Vegas, where he has sex with a bunch of women including Annette Haven and Candida Royale, while Rose ends up in therapy with Dr. Sharpe (Nina Fause) and Dr. Ruiz (Paul Thomas), before they leave the therapists’ office together at the end of the film with Dr. Ruiz’s bleak prognosis: “They don’t stand a fucking chance.” 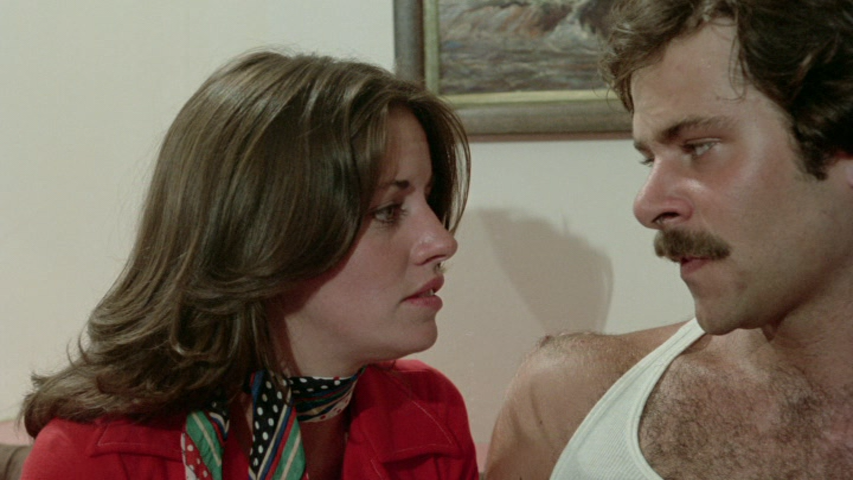 THE ULTIMATE PLEASURE is packed with group sex scenes, which seem to be a particular interest of Tobalina’s. Before the opening credits even roll, there’s a scene with four women and two guys (including John Holmes) having an orgy in front of a projection screen showing films of someone walking around a city filming people on the sidewalk. Dr. Sharpe’s hypnosis therapy to help Rose enjoy sex includes putting Rose in a sexual situation with six guys at one point and another with four other women and one man. The “ultimate pleasure” referred to in the title appears to be sex with a loving partner if one goes by Dr. Sharpe and Dr. Ruiz’s dialogue, but one-on-one sex is barely represented in the film. Paul Thomas is a relentless downer as “Dr. Ruiz,” explaining how people look for pleasure in the wrong places: “Any fucking punk can buy a pack of cigarettes!” The editing of the film is seriously confusing, which was a similar issue in JUNGLE BLUE, although whether that is intentional or just inept is up for debate. 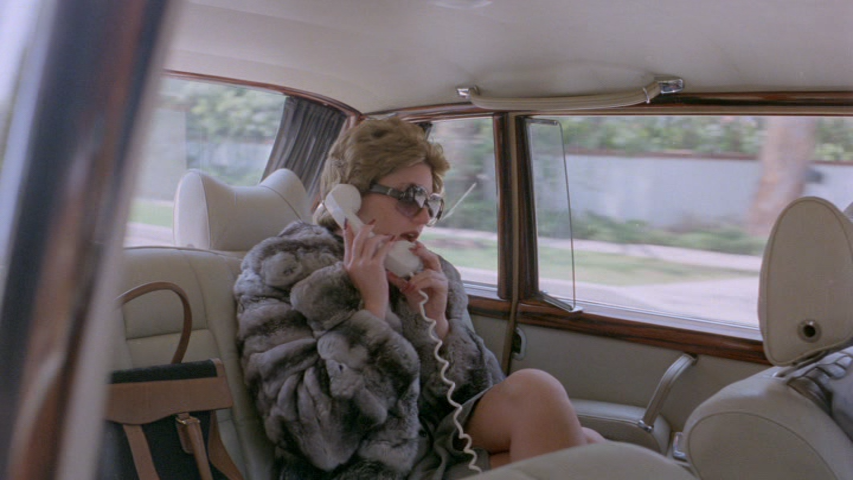 Maybe it’s expecting too much to think that events in a porn film should happen in actual chronological order, but Vinegar Syndrome has already released numerous technically competent films that fall into the same category of “adult entertainment.” Where the confusing structure of THE ULTIMATE PLEASURE can be chalked up to the idea that it’s supposed to be a sort of fractured reflection of the way the characters react to their experimental sex therapy, similar issues in I AM ALWAYS READY just seem like laziness or ineptitude. This also makes the opening title card from I AM ALWAYS READY feel like Tobalina being defensive: “Adult films are legal unless proven without redeeming social values which this film does have according to stipulations by the United States Supreme Court.” The audience is left to puzzle out exactly what “redeeming social values” the film might have on its own.

As per usual, the audiovisual presentation of the films is excellent. Vinegar Syndrome restored the films in 2K from the original camera negatives, and they look fantastic. The disc also includes the trailers for both films, which is always welcome. There’s not much here for the interest of casual film fans, but if you’re a ‘70s adult-film obsessive or a fan of the kind of group sex Tobalina seems to specialize in here, this is probably a must-have. Anyone looking for a good introduction to ‘70s American porn films would be better off with one of the other Peekarama discs with more story-oriented features.