While he was most active in the 70s during the “Golden Age” of adult cinema, the name “John Holmes” is still synonymous with pornography. Holmes made a staggering number of films during his career, although the best known of these may be his “Johnny Wadd” series of films, casting Holmes in the part of a laid-back private dick who spends more time having sex with his clients than doing any actual detective work. Holmes and his work with Bob Chinn inspired Paul Thomas Anderson’s film BOOGIE NIGHTS, although he did similar story-driven features with other directors. Vinegar Syndrome’s Peekarama double feature DVD of two Holmes films directed by Alan Colberg works as a good introduction to Holmes for anyone who might have heard the name but hasn’t seen his work. For established fans, this disc’s fantastic visual presentation makes it indispensable.

ALL NIGHT LONG opens with a bizarre awards ceremony held by the Home & Hearth Society, which appears to be a sort of Moose Lodge, but where everybody has sex. After handing out a few awards (with a couple of interruptions from exploitation film favorite George “Buck” Flower in a cameo as a classic “wet blanket” character), the festivities turn to the contest for the society’s mascot: The Goldenrod Award. This year there are two candidates: Ric (Ric Lutze) and John (John Holmes). Their mission is to head to an address given to them in an envelope, perform the sexual tasks required by the woman at the location, get the next envelope and repeat. The first man who returns to the society headquarters by morning is the winner, and is in charge of providing the ladies of the Home & Hearth Society sexual pleasure on their command for the next year. 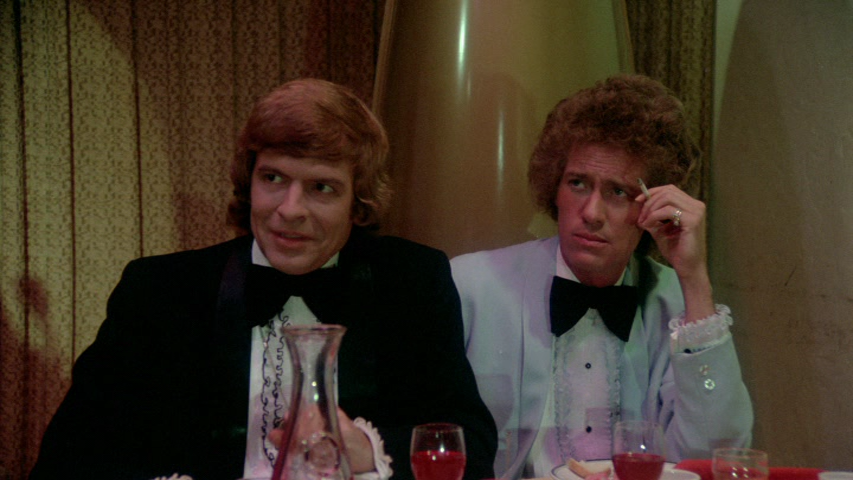 True to its goofy library music soundtrack, ALL NIGHT LONG has the tone of a dirty comedy album you might find buried in a trunk in your grandparents’ attic. The opening awards ceremony establishes this tone immediately, and the jokes throughout the film cruise along at the same level: there’s an Asian girl named Lotus Flower, decked out in a kimono, a kinky dominatrix who constantly belittles John’s performance, and the film cuts back occasionally to the Hearth & Home Society watching Ric and John’s progress on a monitor and commenting on the proceedings. There’s not much of a story in ALL NIGHT LONG, but the tone is goofy and light, and everyone looks like they’re having a great time, so it’s fun if mostly forgettable.

The second feature in the set, TAPESTRY OF PASSION, is a much better film. Black Widow (Sharon Thorpe) is a serial killer who leaves a trail of male bodies in her wake. Johnny Wadd (Holmes) is hired by the sister (Leslie Bovee) and wife (Annette Haven) of one of the victims to find the killer. Wadd does some cursory detective work (such as high-fiving a guy outside an adult bookstore) before he stumbles across Black Widow’s ad in the local paper. Will Johnny Wadd catch the Black Widow before she kills again? Or will he become another in her long line of victims? Will he at least get to bang the hot wives and sister of the Widow’s previous victims? 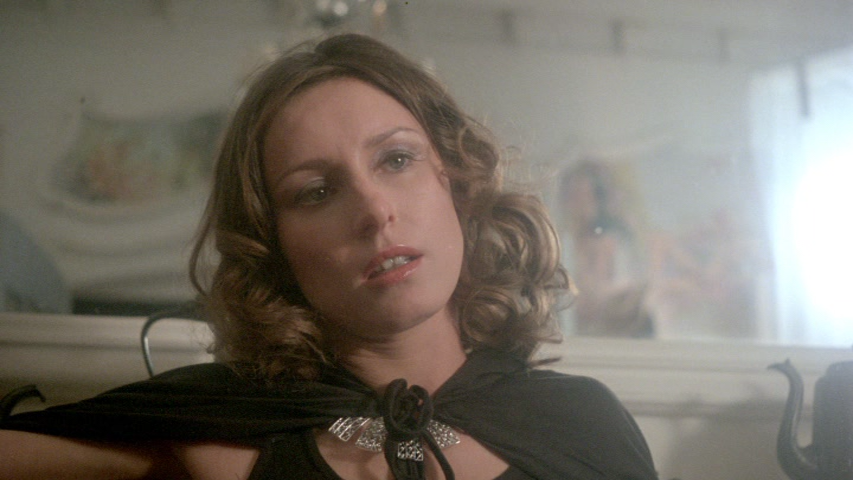 Spoiler alert for that last question: Yes, of course he will. This being a Johnny Wadd movie, most of the action takes place in the bedroom. However, there is plenty here to like beyond the sex scenes. Sharon Thorpe gives a pretty amazing performance as Black Widow, frequently seeming to be genuinely unhinged from reality, especially when punishing her manservant Carl (Mick Jones) and when demanding total obedience from her victims. The scenes of Wadd doing his detective footwork are hilariously perfunctory, and when the case is cracked, he gets a great mental monologue as he reflects on the differences between women and men. “Better stop this shit,” he eventually decides. “Gettin’ depressed.”

Vinegar Syndrome’s presentation of these two films is up to their usual standards, which is to say that it’s spectacular. Both films have been scanned in 2k from the original 35mm negatives, and they look fantastic. For helpful comparison, original theatrical trailers for both films are included on the disc, and the amount of visual noise and splices really throw into stark relief how great it is to have the features in such comparatively pristine condition (although both films do have minor visual imperfections). A special note must be made of the trailer for TAPESTRY OF PASSION in particular, which features Leslie Bovee directly addressing the audience with some dead-on comic timing in her delivery of some hilariously weird lines. This is a must-own for fans of 70s adult cinema and John Holmes, and if you’ve only ever heard of Holmes, this is a good place to dip your toe into his imposing body of work.

All Night Long / Tapestry Of Passion