One of the highlights of Vinegar Syndrome’s Peekarama line of adult double features so far was their first Bob Chinn release (SADIE and THE SEDUCTRESS). That release served as a great introduction to the type of adult films in which Chinn specialized: story and character driven, with much higher production values than many of his contemporaries. This also served as a great introduction to the types of 70s adult films many viewers may have only been familiar with through BOOGIE NIGHTS. Vinegar Syndrome has returned with another double feature of Chinn’s films, and fans of Chinn and the previous release will find a lot to like here.

First up is TROPIC OF DESIRE, which is tonally somewhat similar to SADIE and was produced by Gail Palmer (whose “Candy” films were also released on a Peekarama disc). Frances (Georgina Spelvin) runs a brothel in Hawaii, catering to servicemen from all over the world. TROPIC OF DESIRE takes place during the last few days of WWII, when three Navy men on a weekend pass visit Frances’s place. Gus (Ken Scudder) is heartbroken to find his favorite girl Rita (Kitty Shayne) has left the house after her fiancee died in the War. Phil (Blair Harris) is an extremely nervous virgin whose friend Jack (Jon Martin) has decided he needs to have his first time with one of Frances’s girls (Starr Wood). Jack uses his time to reconnect with Donna (Jesie St. James), and although he warned Gus about being too attached to any of the girls, it’s clear he hasn’t taken his own advice. Meanwhile, Frances “auditions” a new girl (Dorothy LeMay) and Gus befriends an English pilot named Malcolm (James Price) who was also in love with Rita. 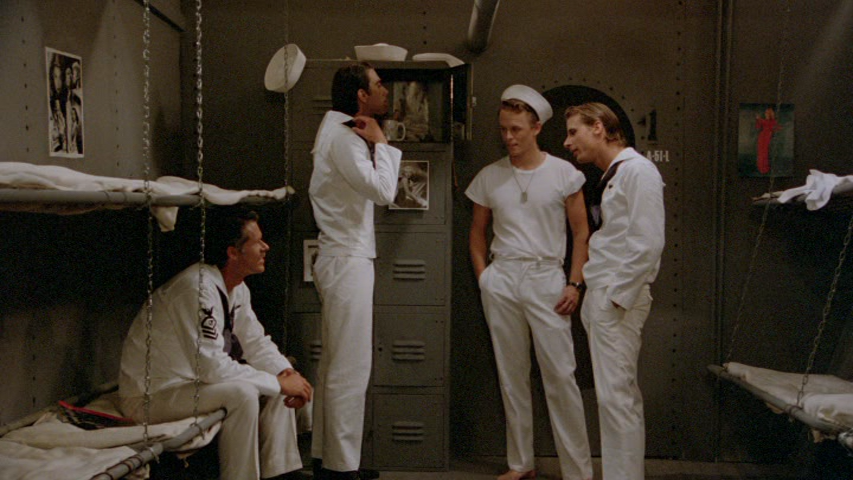 There’s not much of a story in TROPIC OF DESIRE, instead it presents more of a “slice of life” approach to depicting its characters in the waning days of WWII. Chinn is obviously interested in giving the viewer more than simple titillation, although he clearly understands his audience: the film opens with a lengthy sex scene featuring Rita before moving into a stretch of dramatic, emotional territory as Rita learns of her fiancee’s death. Kitty Shayne and Georgina Spelvin are particularly very good, and the simple but effective production design evokes the era without being too fussy. In one particularly interesting period detail, Gus and Malcolm watch a black & white stag reel with two of the girls that features some more, say, “adventurous” action than what takes place in the rest of the film. TROPIC OF DESIRE occupies an odd space where nostalgia for the perceived innocence of the 1940s meets the style of 70s adult cinema, and while it may not be as conventionally dramatically satisfying as SADIE, it is a better melding of that nostalgic, romantic style and hardcore.

Changing gears completely, FANTASYWORLD plays almost like a heterosexual, less abstract version of Wakefield Poole’s BIJOU (also released this year by Vinegar Syndrome in a fantastic special edition). Co-directed by screenwriter Jeffrey Fairbanks (who also wrote TROPIC OF DESIRE), FANTASYWORLD follows two groups of visitors to San Francisco looking for something unusual on their night out: three Navy guys on a weekend pass (Chinn clearly reused the Navy boat set from TROPIC OF DESIRE for their intro scene) and three female phone switchboard operators from Dayton, Ohio (which seems oddly specific). Both groups end up at a hidden club called Fantasy World, where they expect live sex shows but get a lot more. After emcee Nigel (James Price, with a slightly more convincing British accent than the one he used in TROPIC OF DESIRE) introduces a performance by a young woman (Liz Eldridge) doing some highly inappropriate things with a snake meant to tell the story of the fall of Eve in the Garden of Eden, he starts looking for audience members to send off on their ultimate fantasy. 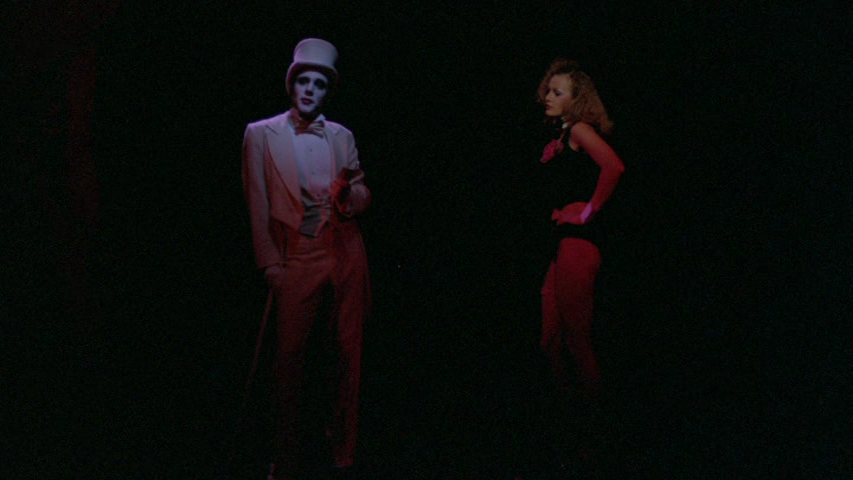 Well, more or less. Nancy (Jesie St. James) gets three men in black body stockings with the crotches cut out. Sloan (Jon Martin) gets a, um, “Japanese girl” (the spectacularly Caucasian Starr Wood in a kimono). Chrissie (Laurien Dominique) stumbles upon a man (Paul Thomas) playing piano and singing a song about “if wishes were horses,” which she claims is “the most beautiful song I’ve ever heard!” Cal (Jesse Adams) is whisked away to a room that looks like it’s supposed to be a beach for a threesome with his wife Audrey (Valerie Darlyn) and another woman. Ellen (Sharon Kane) and Frank (Michael Morrison) sort of end up with each other by default after all their friends disappear, but they seem to be having a good enough time together. Whether all this is real or illusion or what exactly the hell is going on is never really addressed, but Nigel seems to mean well and the club only sort of looks like an endless black void, so that probably counts as a happy ending.

Both films were scanned in 2K from the original 35mm camera negatives, par for the course for Vinegar Syndrome. The films both look great, and the disc includes trailers for both features. Anyone looking for a good introduction to Bob Chinn, 70s adult cinema, and/or the Peekarama line would probably find this a great starting point.