Silver Screen Cinema Pictures International was one of the least beloved exploitation movie distributors of the grindhouse era, known more for the quantity of their work than its quality. But every one of their prints and negatives were destroyed in a 1984 fire, leaving their entire history solely in the memories of their original audiences — until now.

The 2013 discovery of eleven lost trailers in an Iowa storage unit has brought Silver Screen Cinema Pictures International to the attention of cult movie fans; LOST & FOUND: THE TRUE HOLLYWOOD STORY OF SILVER SCREEN CINEMA PICTURES INTERNATIONAL restores those trailers and presents them for the first time since their original theatrical exhibition, alongside archival photos, promotional materials, behind-the-scenes footage, and new interviews with film critics and historians.

If you like all the same kinds of movies we talk about all the time at Daily Grindhouse, you’re going to love this movie. It’s snappy, funny, and I can absolutely guarantee you’re going to discover a whole bunch of crazy-looking movies you’ve never heard of before now. Just wait until you get a load of GRANDMASTER BROWN. 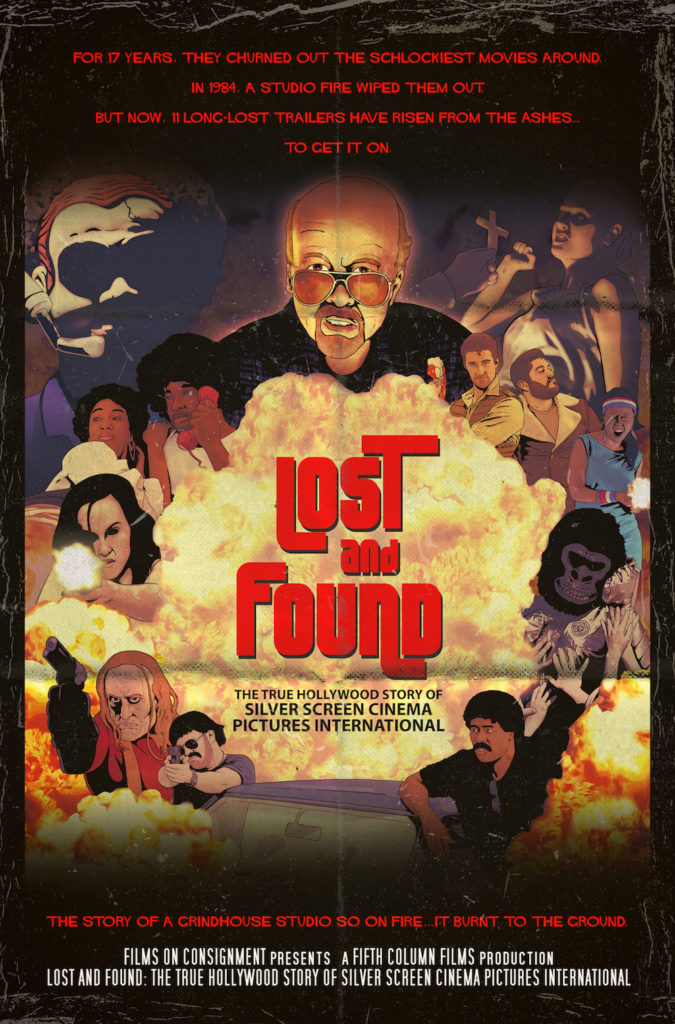 The film is available today on Vimeo On Demand, and if you still need convincing, you can watch the exclusive trailer and another clip from the film over at Indiewire.