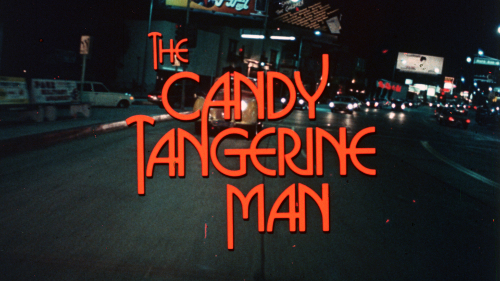 It is beyond tricky to make a halfway serious movie where the hero is a pimp. The filmmaker is asking the audience to identify with and root for a man (usually) who makes his living from basically running a protection racket on vulnerable women (usually). Often, the solution to this is to veer the film so far into ridiculous territory that it becomes practically a comedic fantasy (such as Rudy Ray Moore’s DOLEMITE films) or to turn the pimp into an unrealistic, righteous crusader/father figure who actually follows through with his promises of keeping the prostitutes who work for him safe. That is why THE CANDY TANGERINE MAN was such a surprise. I expected a ridiculous thriller closer to the territory of DOLEMITE. Instead, what I got was not exactly a nuanced portrait of a conflicted man doing bad things, but an action film that at least acknowledges that its protagonist is not the good guy he sees himself as.

The first fifteen minutes certainly lean hard into ridiculous territory at times. The Baron (John Daniels, solid in a tough role) is a flashy pimp who drives a two-toned yellow and tangerine colored Rolls Royce around Hollywood. He has several women working for him and is recruiting another woman at the beginning of the film that includes sealing the deal by having sex with her. He then hassles his prostitutes to work harder with threats of violence. Hell, he even has a theme song that tells most of his story arc during the opening credits. 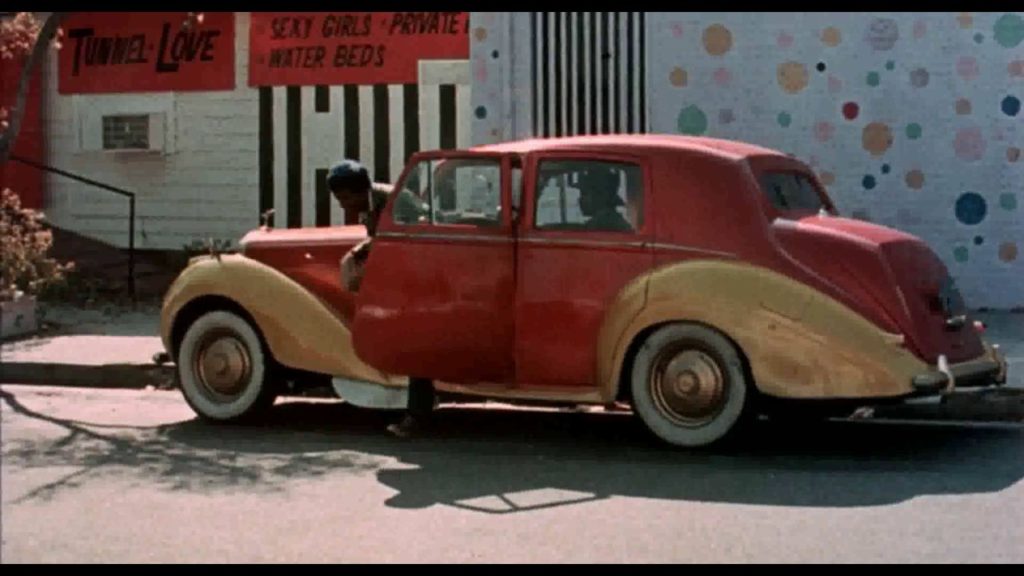 What unexpectedly deepens the film is the enigmatic behavior of The Baron. He goes from making threats to his prostitutes to winning the rights to a new girl in town in a pool game. But instead of putting her to work, he drives her to the bus station, gives her some money and tells her to get out of town before she gets sucked into the lifestyle. While not exactly an admirable character, he is a little more layered than his flashy outfit and car first let on.

Director Matt Cimber doubles down on the enigmatic nature of The Baron by eventually revealing him to be a man living a double life. On the weekends, he switches cars, changes into a conservative business suit, and retreats to the suburbs where his wife and children live. Feeding them a line that he works on the road during the week, he is revealed to simply be trying to earn as much money as he can before getting out of the business. But Cimber, writer Mike Angel (credited as George Theakos), and Daniels seem to undercut that assertion by showing how much The Baron revels in his flamboyant alter ego. 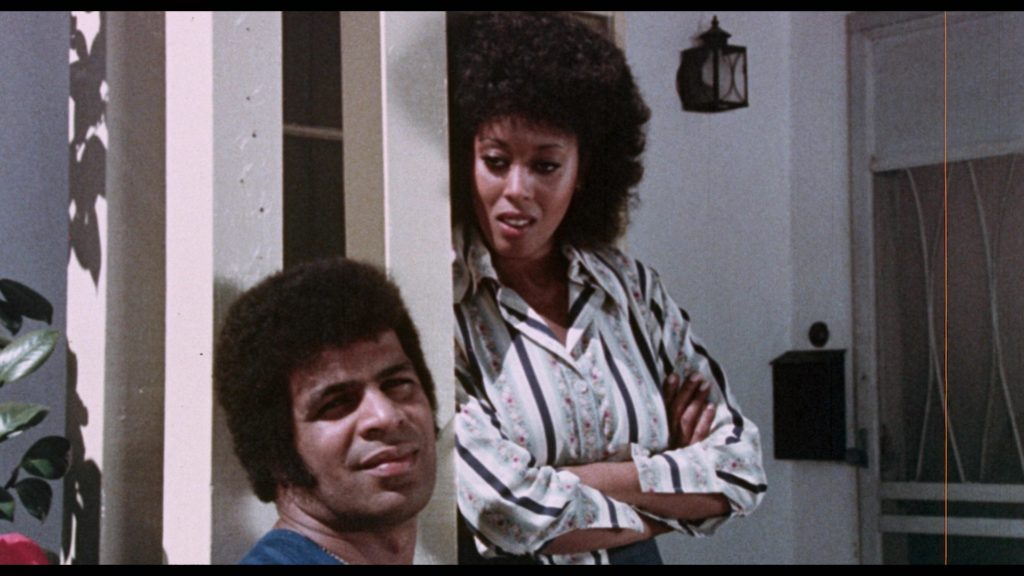 While a traditional plot eventually takes shape as The Baron engages in a feud with local mob boss Di Nunzio (writer Angel) and a pair of crooked cops (Richard Kennedy and George “Buck” Flower—credited as C.D. La Fleur), THE CANDY TANGERINE MAN is at its best in the first half of the film as it episodically sketches out the life of its protagonist. While lacking cohesion, the changing tone of the scenes from comedic to dramatic to action packed allows the film to never fall into a rut. If things start to veer too far into ridiculous “movie pimp” territory, all you have to do is wait two minutes for the film to drift back into a grounded sensibility as The Baron has to deal with real world problems like bailing one of his workers out of jail, finding a white collar criminal to help him run a scam involving stolen bonds, or being forced to deal with the ugly consequences of what happens when things go wrong for one of the women who used to work for him. 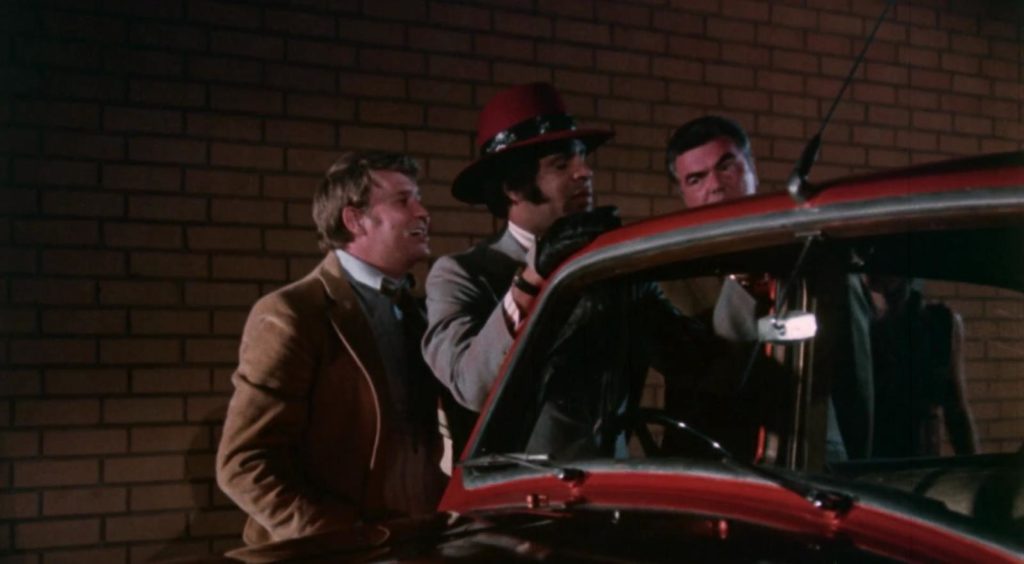 The film is far from perfect. Cimber (also the director of the similarly intriguing, but roughly put together THE BLACK 6) was far from a stylish filmmaker and his workmanlike approach to the material can cause whiplash as the film goes from silly to engrossing to hands being graphically ground off in garbage disposals (two years before ROLLING THUNDER pulled off that particular grisly feat) without any effort to transition between tones. But he does bring a sense of caring about The Baron and the people in his life beyond just using them to tell a sensationalistic tale full of nudity and violence (of which there is still plenty). 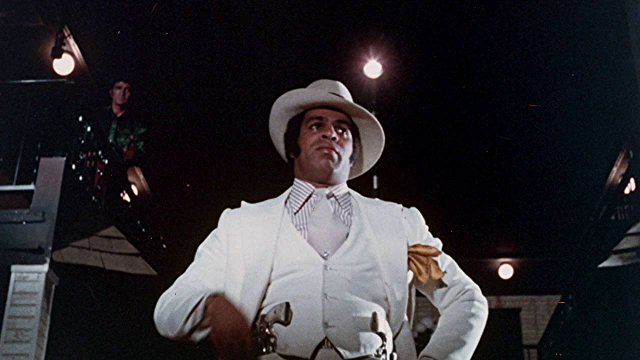 Considering the messy nature of how the plot plays out for most of THE CANDY TANGERINE MAN, the ending is a little too tidy, even if it is satisfying. But it still strikes a nice balance between the sublime and trashy, giving the film slightly more lasting power than other low-budget exploitation flicks that were being cranked out at the time. It’s not a classic, but it is well worth your time. 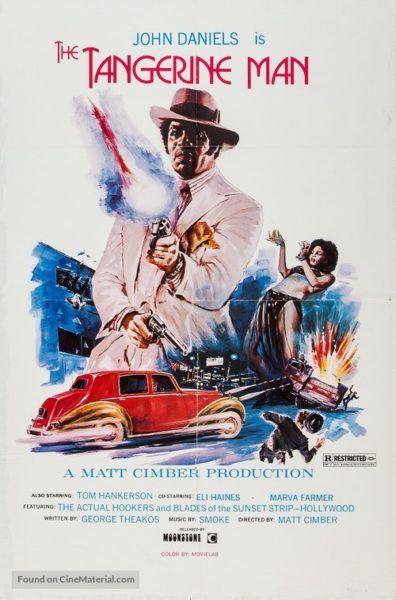