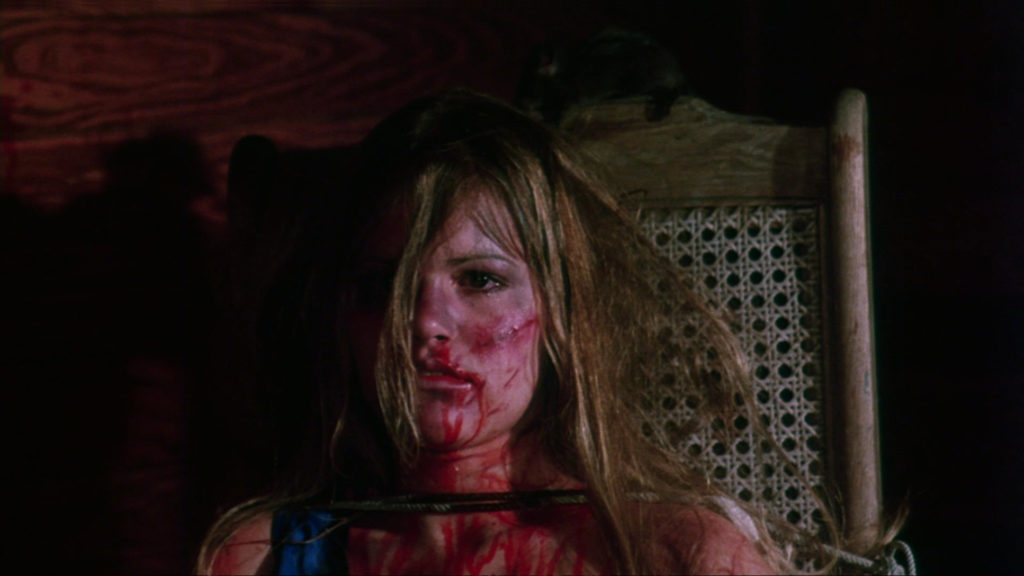 NIGHTMARE (not to be confused with previous My Exploitation Education entries NIGHTMARES or NIGHTMARE WEEKEND) is a good example of a particular strain of sleazy, low-rent, yet uncomfortably compelling pseudo-slasher films that came out of the East Coast indie film scene in the late ’70s through the early ’80s. The most obvious other example of this kind of film would be William Lustig’s relentlessly grim and grisly MANIAC. In other words, if you like your horror films cheap, surprisingly tense with bursts of very graphic violence, and a lead psycho performance by a sweaty actor attacking the material like it’s Shakespeare, then NIGHTMARE is probably going to be right up your alley. 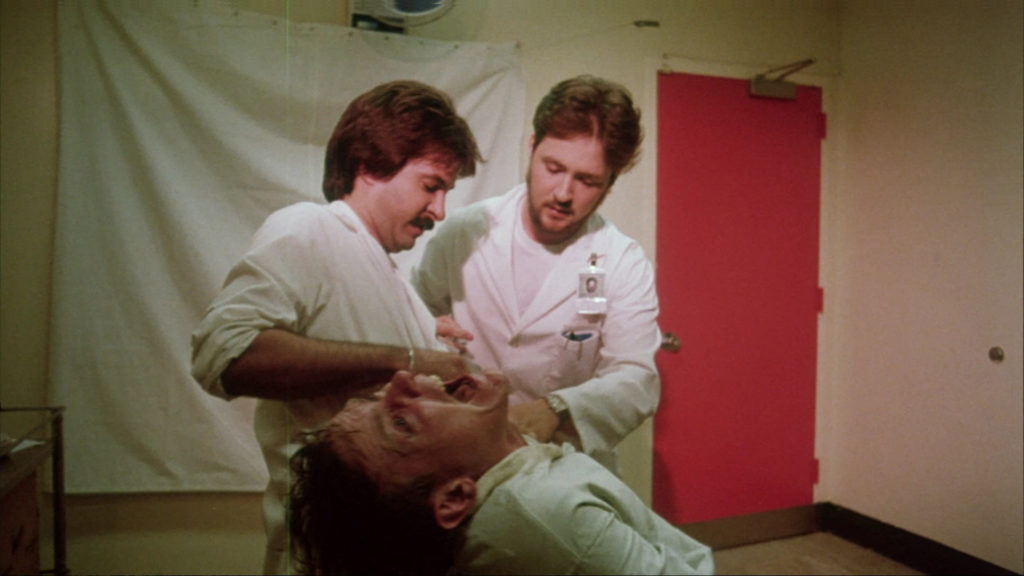 But it turns out Paul is working with a shadowy organization that not only wants to cure George of his schizophrenia through experimental drugs, but also wants to use him as an example to covert government organizations that the combination of drugs and therapy can be used for mind control. With this ultimate goal in mind, George is declared cured and released into the world. Not surprisingly, he immediately begins missing appointments with Paul and goes completely AWOL after spending a little time in a peep show on 42nd street (because, after all, this is an old school grindhouse flick). 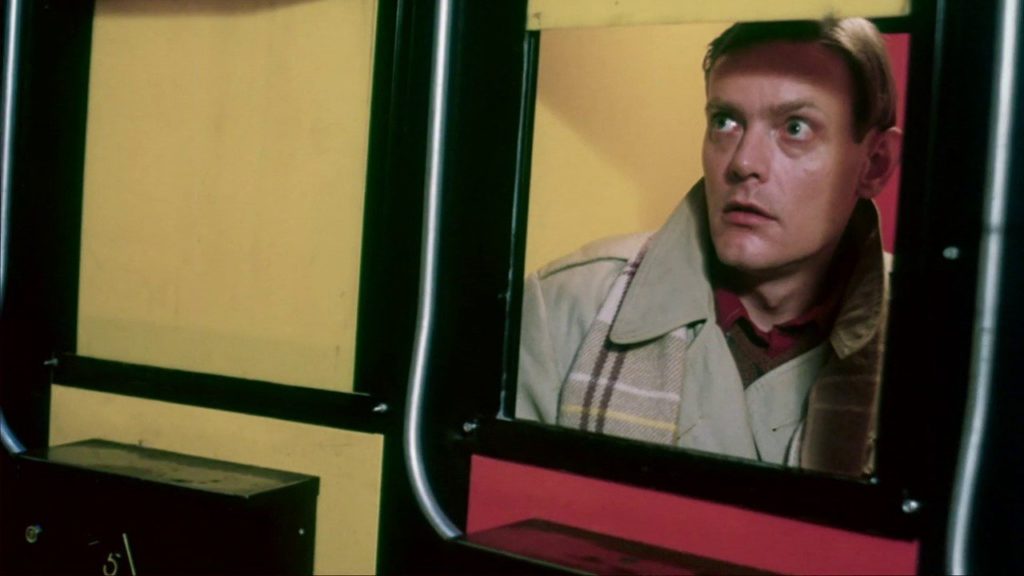 Meanwhile, Susan (Sharon Smith) is a single mom living in Florida, nearly ready to go crazy from raising three kids on her own. The most trouble comes from her young son C.J. (C.J. Cooke) who is too smart for his own good. This results in his pulling any number of practical jokes at the expense of the high-strung Susan and his babysitter Kathy (Danny Ronan). As the harried Susan and mischievous C.J. raise the level of tension in the house, they start getting strange phone calls where the caller says nothing. It just so happens that George is driving down the eastern seaboard from New York, stopping to slash a woman or two along the way. From there, you can probably guess where the film goes.

The why of George’s road trip and the how of the way Susan and her family fit into the puzzle are not particularly important (it’s a mystery that is easily solved). What matters in a film like NIGHTMARE is just how grisly it is willing to go and if it is simply a straight gore film or if the filmmakers are interested in trying to provide some suspense along with the gratuitous blood flow. Thankfully, writer/director Romano Scavolini is more than willing to wallow in the red stuff at the same time that he crafts some genuinely jarring and unnerving suspense sequences. 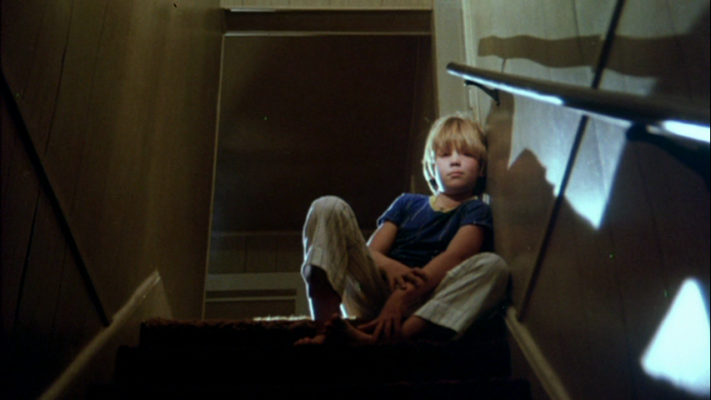 There has been a question of how much or little Tom Savini had to do with the special effects and gore gags in NIGHTMARE. One of the posters and a trailer for the film during its initial theatrical run even included the tagline, “From the man who terrified you in DAWN OF THE DEAD and FRIDAY THE 13th!” Savini has said that he was only on set occasionally as an advisor and that none of the actual effects work is his. Various other crew members who worked on the film have either backed up Savini’s claim or said that he had at least a small part in creating the gore effects that wound up onscreen. While the overall effects are not quite the tour-de-force of what Savini accomplished in MANIAC and FRIDAY THE 13TH, they are still very impressive (Courtesy of credited makeup effects artists Darryl Ferrucci and Ed French?), getting even me to cringe in places at a graphic throat-slitting and axe to the face, among other gruesome sights. Scavolini smartly uses the graphic effects as punctuation marks to scenes instead of being the point of scenes. 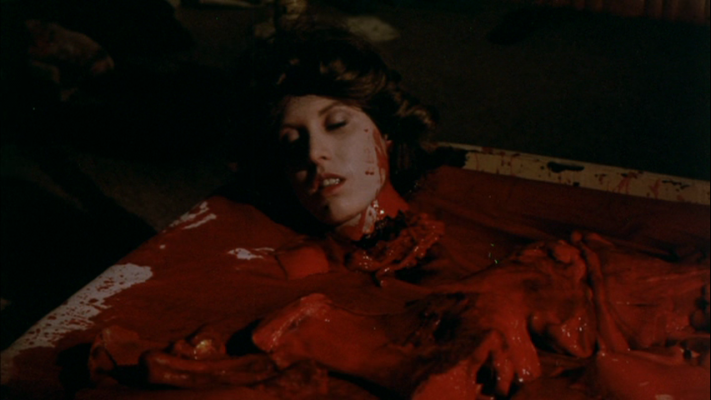 While the film delivers on the well-executed gore and frequently unmotivated nudity required of an exploitation indie of the early ’80s, it also functions pretty well as an odd combination of the psycho killer genre and a melodrama about the stress of being a single parent. This is largely due to the very good performances by Stafford and Smith. Stafford’s George is alternately pitiable, inscrutable, and terrifying. He does not phone in the performance, but never really goes over-the-top either, walking a tightrope that makes him a weirdly sympathetic villain even after he has been shown doing terrible, bloody things. Smith does go a little over-the-top as Susan, but her frustration and fear register as true when worrying that there might be something sinister behind C.J.’s increasingly macabre practical jokes. The two halves of the film do not always meld gracefully together, but they both remain compelling viewing, giving NIGHTMARE a feeling of inevitability that is more akin to a tragedy than a cheap, gory exploitation flick. 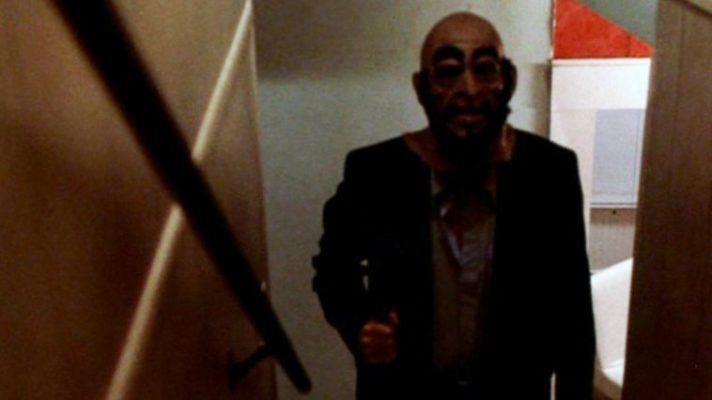 Do not get me wrong, NIGHTMARE has the usual issues of many films of its era that were made for grindhouse audiences: the dialogue is often clunky, there is some unnecessary filler with Paul trying to track down George, many of the supporting actors are obvious amateurs, and the story is largely derivative of other psycho killer films of the era. But the fairly smooth direction by Scavolini, good lead performances, excellent effects work, and palpable atmosphere of decay provided by effective location shooting make this one of the better gore-soaked indies that came out in the wake of FRIDAY THE 13TH. 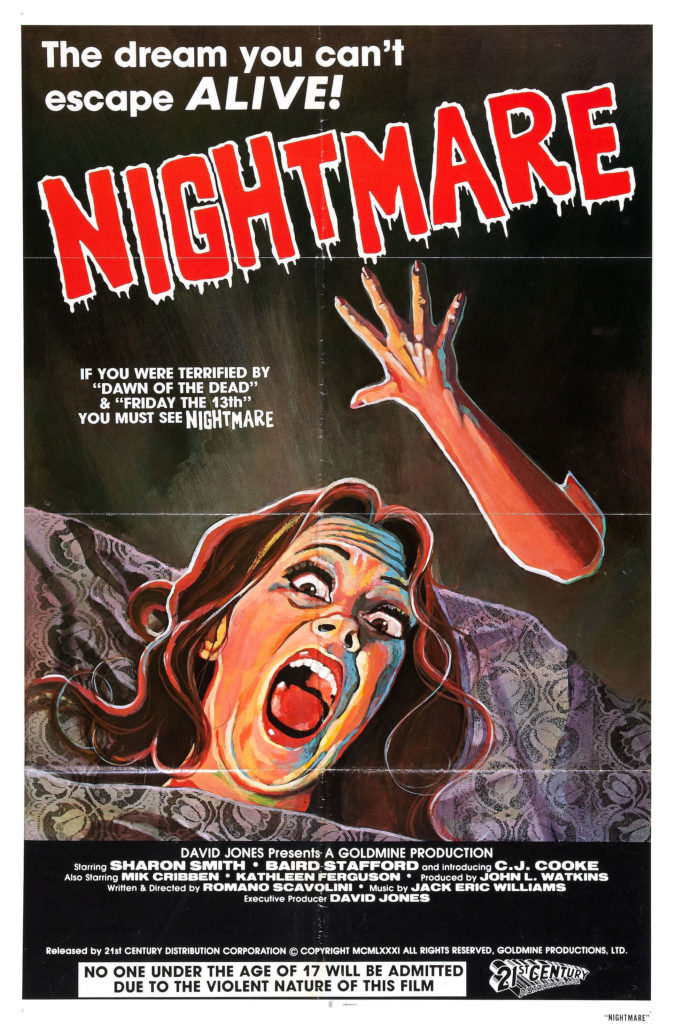