The slow drip of images from DJANGO UNCHAINED continues with a couple of exclusive pics that just popped up on EW along with some quick bits of verbiage on the flick. I have dug every bit of good shit I have seen so far from the set, but I have been curious to see images of Foxx. Would we see some Franco Nero influences? A nod to Fred Ward in BOSS NIGER? An homage to The Man With No Name? I don’t see any of that but I think this is solid all the same. Foxx said he was going for a “Richard Roundtree meets Clint Eastwood.” As for DiCaprio, dude looks like he is about to bring hell to town. Dig it, Bastards. 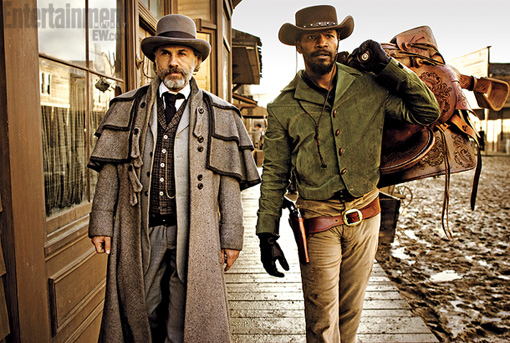 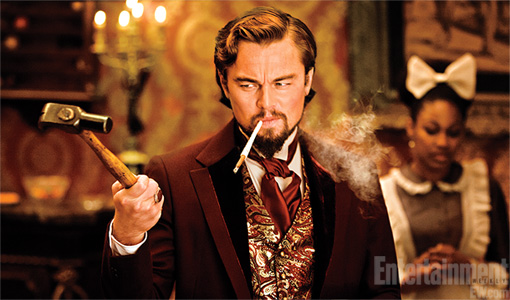 “There’s a beautiful way [Tarantino] found for the characters to talk to each other. It’s mindblowing. You’ve never heard it this way,” the actor says. “You’ve seen movies deal with slavery — or westerns that never dealt with slavery – do it the safe way. This way is like … wow.”

“All Django wants to do is get his wife,” Foxx says. “He’s not trying to cure or solve slavery. He just wants to get his life back.”