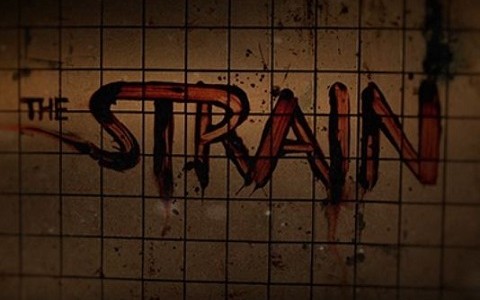 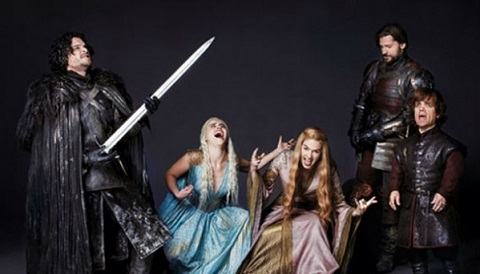 It is not a particularly creative point to say we are in a golden era of television. Cable channels like AMC and HBO have updated the template for rich narratives and strong characterization. Streaming services like Netflix and Amazon Prime have changed the very process by which we consume narratives, causing film critics to rethink the medium itself. Every casting director is secretly plotting on behalf of #TrueDetectiveSeason2, Obama does not want your spoilers, and hell, more words were written on the disappointing finale of HOW I MET YOUR MOTHER than every fake April Fool’s Day article combined. The world belongs to television, we’re just living in it, and most of us are just fine with this arrangement. 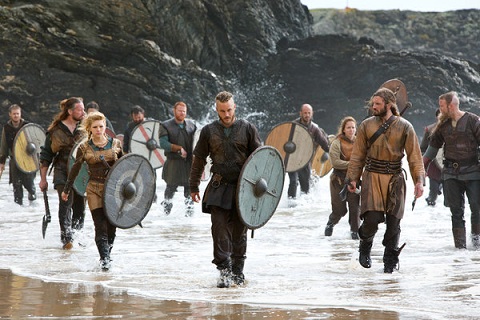 And as the medium expands and grows, so does the opportunity for genre fiction to find its way to the smaller screen. GAME OF THRONES has paved the way for swords, fantasy, and full-frontal nudity, sparking a sea of almost-kinda imitators in VIKINGS and BLACK SAILS. Fox continues to push the science fiction bent, hoping that FRINGE and now ALMOST HUMAN will recapture an audience that once gathered en masse for THE X-FILES. And in a few short months, FX will look to add a new horror television show to its lineup with its adaptation of Guillermo Del Toro’s bestselling book series, THE STRAIN. The fact that THE STRAIN is being added to FX’s horror lineup – and does not solely represent their efforts in the genre – speaks volumes about the current state of horror on television. 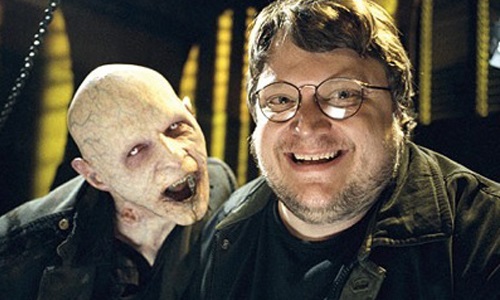 According to interviews with Del Toro, THE STRAIN began life as a pilot treatment for Fox. Del Toro’s novel – co-written with author Chuck Hogan – introduces us to Ephraim Goodweather, a member of the Center for Disease control who is confronted by the spread of a disease that seems to be repurposing human bodies. Goodweather struggles to understand the full implication of this disease until he meets Abraham Setrakian, an elderly pawn shop owner and former professor of mythology who has spent his life preparing for strigoi– vampires- to make their presence known to the world. By the conclusion of the first book, the island of Manhattan is a battlefield between the self-appointed vampire hunters and the armies of The Master. These vampires don’t sparkle. They unhinge their jaws. 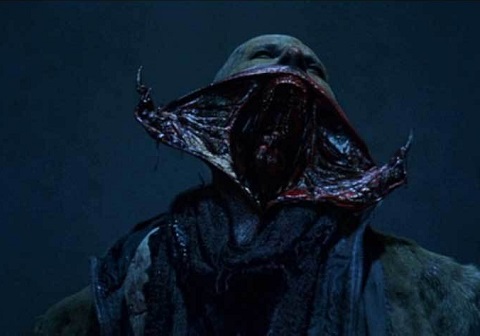 By his own estimate, Del Toro’s original pitch to Fox would have taken place four years prior to the 2009 release of the first hardcover novel. He had originally envisioned THE STRAIN as a television show that blended aspects of the police procedural and the medical thriller while remaining rooted in the horror genre. The first book in particular discusses the pathology of the vampire virus in great detail; Del Toro has complemented this scientific focus with the historical account of Setrakian’s interment in a Nazi death camp in World War II. Regardless, whatever aspects of the book existed in the original treatment were not enough to pique Fox’s interest. In an interview with the LA Times, Del Toro described the pitch process as follows:

And how did the network respond? “They said two things: It’s too expensive, first of all, and what we would really love is a vampire comedy. That was my first and only encounter with television. I retreated quickly.”

At this point in his career, Del Toro had directed both the second installment of the BLADE trilogy as well as the first HELLBOY film. He had proven himself the rare director capable of bridging commercial success with critical acclaim but still lacked the name recognition necessary to fund a risky project. And while the idea of a vampire post-apocalyptic thriller may seem commonplace in today’s crowded monster market, the year 2005 was still relatively risk-averse in its treatment of horror. The highest-profile show to debut that year was Mick Garris’s MASTERS OF HORROR, a Showtime series designed to highlight the talents of a cadre of famous genre directors. The show is unquestioningly horror, but the structure closely resembles that of an anthology collection. Each director had roughly sixty minutes to tell their own unique story rather than continue a single narrative. 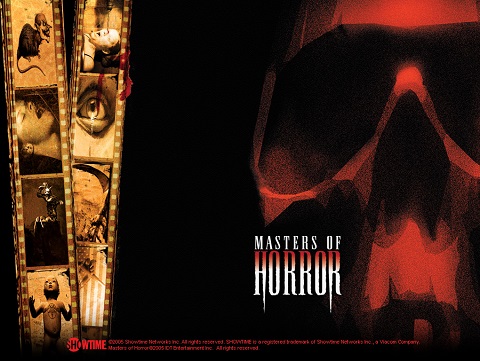 In the time it took Del Toro to publish THE STRAIN as a book trilogy, television grew up around him. Now even basic cable channels are capable of pushing their content into dark and violent areas. People continue to praise – if not watch in large numbers – the Bryan Fuller series HANNIBAL for its unflinching look at graphic violence. The show may emphasize forensic psychology above all, but the crime scenes that Jack Crawford and his team investigate would rarely seem out of place in a Clive Barker sketchbook. Fox has also dabbled in the horror genre with SLEEPY HOLLOW, a series built around a childhood scary story that has found success with broad audience appeal. Meanwhile, FX and AMC have put major resources behind their AMERICAN HORROR STORY and THE WALKING DEAD franchises, respectively. Both shows build their narratives around traditional horror tropes – such as the haunted house or the presence of the reanimated dead – and do not shy away from the graphic depiction of violence. 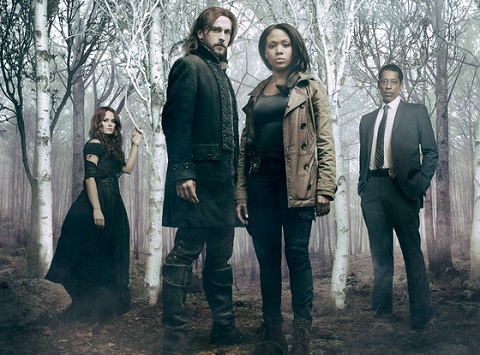 This marks a transition from the horror genre as window dressing to horror as an integral part of a show’s pitch. While television shows such as TWIN PEAKS and even DEXTER built from mystery to occasionally play with horror themes, now television shows can be built around a horror concept and expand outward. Del Toro’s book trilogy starts with vampire sand expands from there, melding together pathology and religious lore to create a monster that can exist in the practical world while hinting at a bigger picture. The books also leave an opening for flashbacks throughout human history, giving Del Toro and his crew the opportunity to fold his monster show into key points in human history. 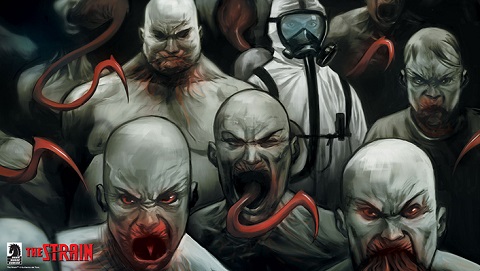 With L O S T showrunner Carlton Cuse also tapped as an executive producer, THE STRAIN promises to balance Del Toro’s skills as a world-builder with the interwoven storytelling that genre fans have come to appreciate. This series represents the biggest attempt to create a horror television series to date, drawing on talent from many other respected television shows and giving at least the first season over to Del Toro’s brand of dark visual poetry. Should the show succeed, it will be another step in the right direction for horror and ensure that genre television shows are just as marketable as police procedurals and political thrillers. 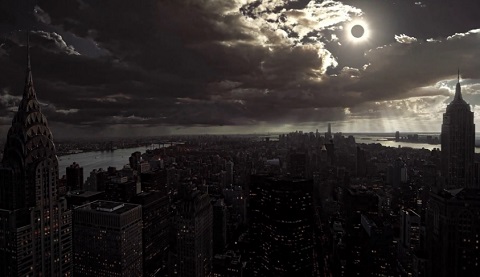 So enjoy the golden age of television and keep an eye on THE STRAIN’s success with a wider audience. Should the genre prove to be marketable outside of premium cable channels such as Chiller or Showtime, then the door may be open for basic cable channels to sell programs built around fear and the presence of evil. Horror filmmakers have always been very inventive purveyors of style and form; I can’t wait to see how some bright young talent adapts the genre for twenty-hours of runtime rather than ninety minutes.