Every society and sub-culture and country and generation seems to want to adopt the “longshot” as speaking most for them. It’s been said many times that “Americans love an underdog story,” or that certain segments of the population really rally behind some dark horse figure. But that’s bullshit. Everyone everywhere loves a rags-to-riches tale of overcoming adversity. It’s coded into our DNA—it’s why there are literally stories of it in all religions and myths from all sorts of time periods that pull on fantasy and history: Prometheus, Perseus, David vs Goliath, Cinderella, King Arthur, Robin Hood, THE LEGEND OF BILLIE JEAN, etc. True, there will always be those that jump on the bandwagon or only support “winners,” but the story of someone facing great odds and coming through the other side somehow victorious speaks to most people.

This is because we are all losers. That isn’t an indictment on anyone’s character or worth or anything like that. But at some point in our lives, in some category, we have been terribly outmatched, outclassed, and out of sorts. Maybe we didn’t have enough experience, or money, or education, or were too young, or looked a certain way, or were raised in a particular manner, or whatever it is—at some point in your life, you have been made to feel like an outsider, that something is wrong with you and that you will never be as good as certain other people.

This is what makes watching someone square off against seemingly insurmountable opposition and come out on top on the other side so satisfying. For a moment we are the heroes on screen or in the books, and we showed all those people that pushed us out or said we were broken and would forever be seen that way. In stories it’s the Losers that get to write history as they defeat those who had every right to win.

So there have been many of those tales for centuries, and thousands in film alone. ROCKY, 8 MILE, A LEAGUE OF THEIR OWN, ALIENS, BLACKKKLANSMAN, ERIN BROCKOVICH, and more covering sports, war, music, politics, dance, all sorts of industries with some based on true stories, some kiiiind of based on true stories, and some just a rousing movie of taking on the Big Guy and winning. But my favorite sub-sub-category of all of these underdog flicks is the rather niche group of that follows a fairly similar structure of an untalented artist tries to express himself through filmmaking, botches it, finds infamy, and therefore contentment. BOWFINGER (1999), ED WOOD (1994), BRIGSBY BEAR (2017), AMERICAN MOVIE (1999), THE DISASTER ARTIST (2017), and, most recently, DOLEMITE IS MY NAME (2019) are all classic examples of this micro-genre and I am incredibly thankful they exist. 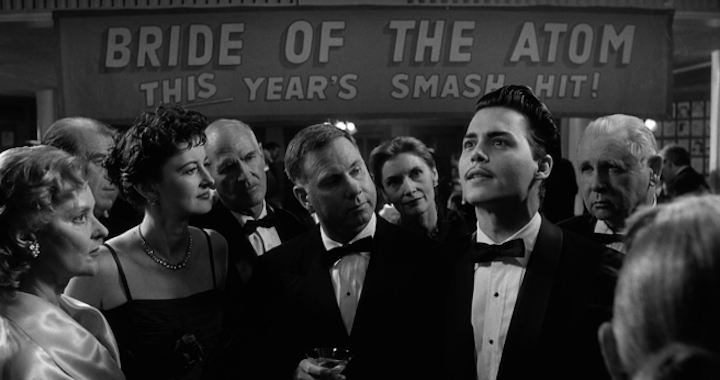 Underdog cinema usually has the loser becoming a winner, or at least proving themselves to all who doubted them. For the titles in this group, though, success never arrives how they originally conceived of it. These (mostly) men originally dream of Oscars™ and accolades and riches. What they receive instead is a fervent group of fans that love this idiosyncratic take on the world and these pieces of art that seem to disregard all standards and established rules.

No one sets out to make a bad film—literally, even people that intentionally make “bad” movies like SHARKNADO want it to be funny and entertaining because of its schlocky nature—but things go awry and it lands with dull thud. What makes these stories so compelling to me is that the artists at the center have genuine enthusiasm for what they are doing. Yes, they are naive or delusional, or even craven with attempting to just make themselves rich and famous, but they still have a fiery passion inside pushing them forward.

These characters (mostly based on real life people) all have singular visions of storytelling that, for various reasons (complete ignorance, no money, kidnapped and unwittingly held hostage for most of their lives in a bunker, etc) falls into the uncanny valley of movies. It’s close to how a movie should be—if you squint your eyes you can see how it follows basic story structures and ideas of love or adventure or some sort of conflict. But the creation and execution are just off enough that it becomes a bizarre version of cinema filtered through a true outsider’s perspective (or perhaps arriving totally unfiltered, depending on how you look at it). These visionaries then exhibit something wholly odd and unique to an audience that will never receive the work as it was intended to be viewed. There’s usually a scene of industry people befuddled and irate, audiences laughing while the filmmaker winces and realizes everything went wrong.

But eventually there is a moment where these misfits realize that viewers weren’t moved by the brilliance of the art, but they recognize (usually through the help of some incredibly patient and supportive friend) that the audience did react. It sucks for a whole theater to literally laugh at something you think is sincerely profound; for people to cackle when you’re earnestly baring your soul—I don’t think anything can truly take away that initial sting. But, in most cases, these oddball mavericks see that they did something memorable; it was weird and wrong and could never be duplicated or replicated if people intentionally sought to do so, but it will stay with audiences for years. 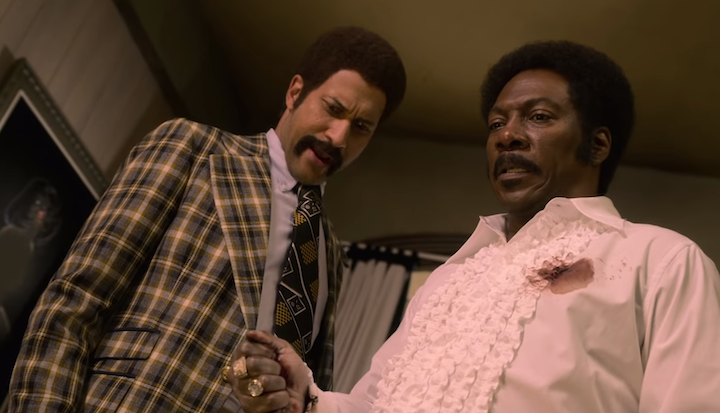 These losers usually don’t know how to properly connect with others—because of that extended kidnapping, or puritan sexuality/gender mores of the times, or mysterious foreign origins, or never being seen as anything other than a C-list wannabe. Their films do land with people and stays with them and truly connects with them; it wasn’t how they defined success when they set out to roll cameras, but it’s how they can embrace it and own it (Ed Wood unfortunately never got the chance and his latter days are pretty depressing—but at least his biopic ends on an upswing).

The worst thing art can be is forgettable—it stirs nothing inside people and no element of it stays beyond the running time, or length of reading the book, or minutes spent staring at the painting. It vanishes from the mind once it’s out of sight to make room for something of more importance, value, or emotional weight.

I’m thankful for a lot in my life and believe cultivating gratitude is a fundamental part of remaining healthy and improving my days. I’m especially thankful for these movies because they have so many good lessons in them. Don’t be afraid of failure. If these maniacs can make something, even something awful, then so can you. If people don’t get your stuff, fine—but don’t water it down to appease and hope it blends in with the rest. If you’re going to stand out then fucking stand out and own it. As long as you are passionate and genuine about your work (yes, possibly to the point of delusion), then no one can take that away from you. You won’t be at the Oscars™, but you will be constantly quoted in dorm rooms and bars across the nation. You may not become the next Rising Star of Hollywood, but you could influence someone else to pick up a camera or tell their story in their own way.

Success is what we determine it is, it’s a projection of our values and it’s relative to our own expectations. I’m grateful I get to watch these losers onscreen communicate their own jumbled feelings to a world that never gave any time to try to understand them. I love these films because they champion hope, passion, and remind me that we’re all losers and that’s totally okay.