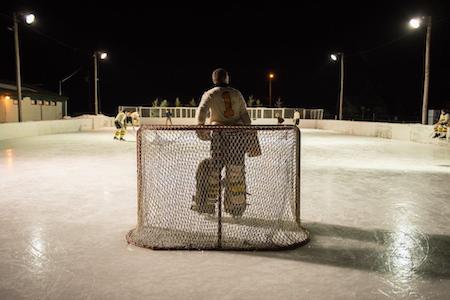 The camaraderie. The thrill of the game. The adrenaline rush of being part of something that is bigger than you. These are all understandable traits of the fondness towards competitive sports. Somehow none of that matters to me. There are few subjects that I am an expert on. None of them happen to be sports. Any kind of sports, really. It’s just never been my thing. So when offered to review a biopic on legendary NHL goalie Terry Sawchuk, my knee-jerk reaction was to pass. But throwing away an opportunity to review a movie outside of my comfort zone seemed like a missed opportunity—I’m glad that I didn’t. Because while GOALIE is ostensibly a sports biopic, it’s more a film with which anybody that has struggled with grief, substance abuse, and primal determination can identify.

Young Terry Sawchuk (Aiden Glenn) is a sensitive young man whom no one respects. Growing up in Winnipeg, Terry idolized his older brother, Mitch (Owen Maggs). After all, Mitch was excellent in sports, hardworking, and their parent’s favorite. On a tragic day Mitch passes away from a freak heart attack, and their father Louis Sawchuk (Ted Atherton) and mother Anne (Janine Theriault) take it especially hard. 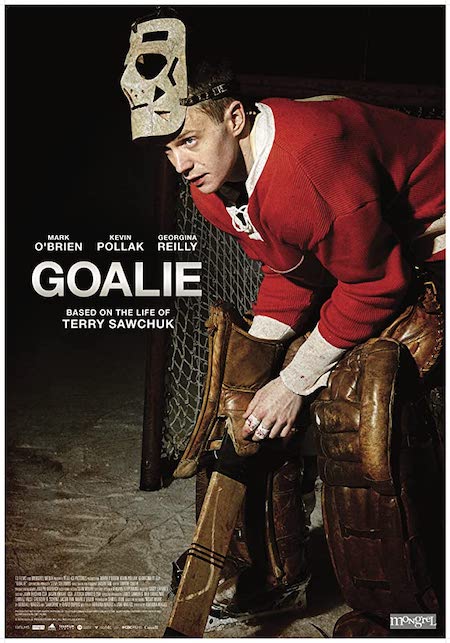 Mitch had played goalie on his town’s hockey team. So, to keep his legacy alive and seek the love and attention of his parents, Terry fills in his skates at the net. He’s a natural and is soon scouted by the Detroit Red Wings. The rest of the film is an emotional roller coaster of a man with too much heart to quit and too much soul to know better. 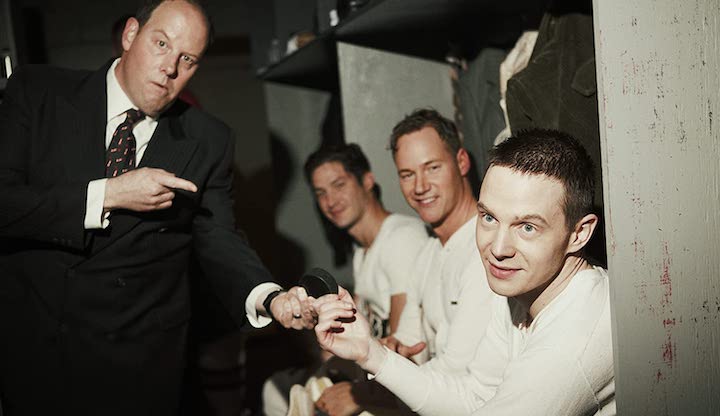 When the beginning of a film opens with the autopsy of its main character, you know it’s not going to be a fun ride along. There is a deadly serious tone to GOALIE right from the first minute. The rest of the movie plays out like a poetic Cronenberg movie—think 2002’s SPIDER, but as a sports biopic. Cinematographer Jason Tan made great use of the overall dark aesthetic throughout the film to show Terry’s mental breakdown. 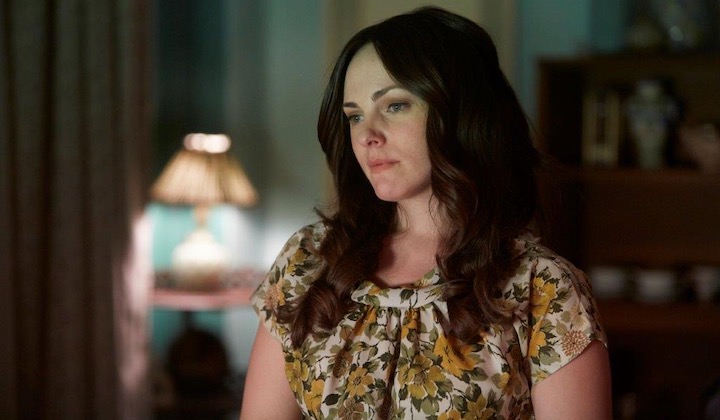 Actor Mark O’Brien is perfect as adult Terry, and his relationship with his wife Pat (Georgina Reilly) is impeccable. Everything comes across as very genuine with them. The emotion flows from an organic place, that includes its of dry humor to help alleviate the tension. Also, Kevin Pollack is stupendous as Jack Adams, the Detroit Red Wings head coach.

Filmmaker Adriana Maggs, along with co-writer Jane Maggs, fashioned a piece of cinema so compelling that I didn’t feel like I was watching a sports film, or even a biopic, but a powerful drama with tortured characters with whom I could relate. The alcohol abuse, the physical and mental suffering, and the grief-struck family all made this very real to me. 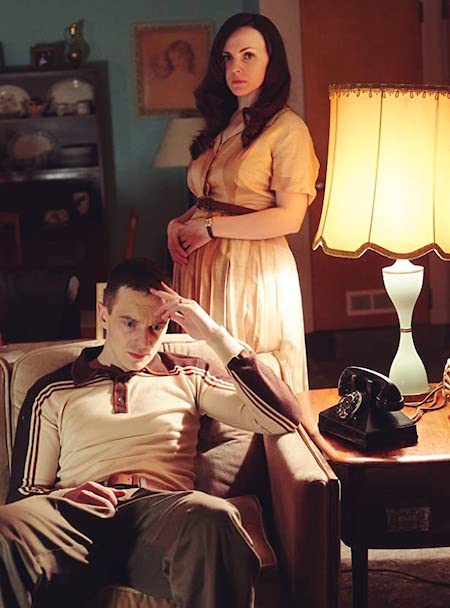 GOALIE was a shock to the system that I needed. I watch mostly independent horror films. Similar to eating the same food all the time, watching the same genre of film constantly can dull a viewer’s senses. GOALIE is a bold film and rightfully so. Somewhere between the investigative interview style of VELVET GOLDMINE (1998) and the brutal frankness of THE WRESTLER (2008)…you get GOALIE.