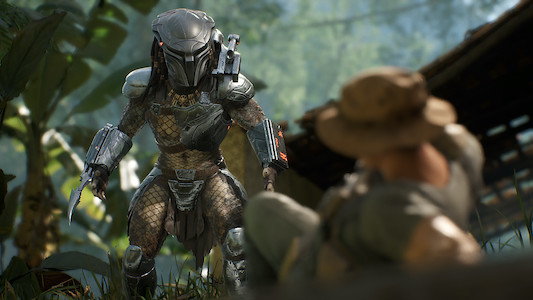 Illfonic is back in the spotlight with Predator: Hunting Grounds, a new game similar to their previous efforts but now based on the PREDATOR franchise. A small company based out of Golden, Colorado, Illfonic is looking to re-capture the success from their 2017 release of Friday The 13th. For those of you that have been dying for new F13 content, you may want to read this before looking to Predator: Hunting Grounds for that fill. I must admit though, when I saw that a new Illfonic-developed Predator game was being released, I bought into the hype and immediately put in my pre-order. Let’s talk about the game before I get too off-track. 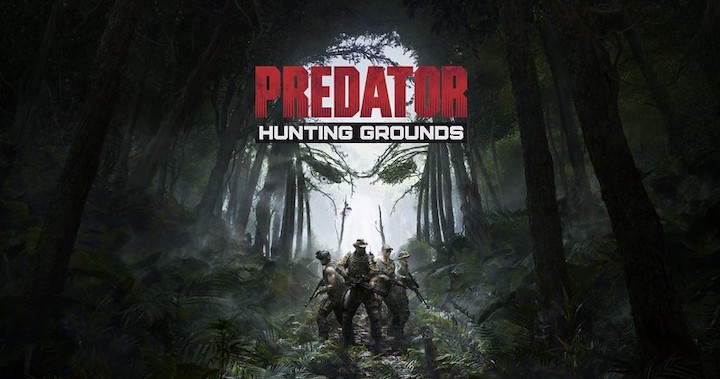 Pop in that Predator: Hunting Grounds disc and you will see a home screen very familiar to that of Illfonic’s Friday The 13th game. Prior to jumping into matchmaking, you’ll want to take a look at the options available to customize your Fireteam character and Predator that you’ll be taking into battle. The Digital Deluxe Edition pre-order provided five Field Lockers, exclusive skins, and other goodies to view offline. 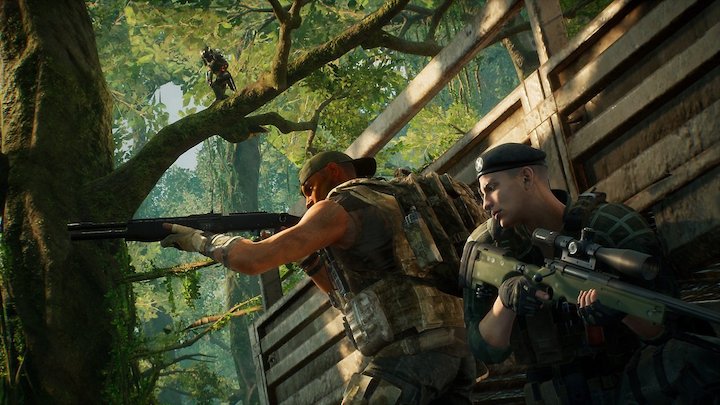 Matchmaking options will give you the option to play as Fireteam, Predator, or No Preference. It looks like Illfonic learned the benefit of dedicated servers from F13 and the estimated wait time will display for you. Warning: If you want to play as The Predator, then get in line. Wait times to play as alien hunter are significantly higher. As a member of the Fireteam, you will be given primary missions to complete. Completion of these missions will lead you to The Choppa.

Your friendly Junglehood Predator will be stalking you in the trees though looking to end your mission early. If you are lucky to have the opportunity to play as The Predator, your primary mission is to terminate all four members of the Fireteam with a quickness. Feel free to take out AI for extra XP and enjoy the scenery of the Jungle from the view of the birds.

Playing as the Fireteam

The most relatable comparison I can make is that it’s like playing an unrefined Call Of Duty. When playing as the Fireteam, you will find that AI enemies are rather unsophisticated and will walk right in front of you to take fire. As you enter enemy camps, disable alarms quickly to limit the volume of AI enemies. Play as a team and you will survive. The Predator thrives in 1-on-2 or 1-on-1 conditions. Comparing the experience to that of playing as a camp counselor, Predator: Hunting Grounds provides a much better rate of success than F13. 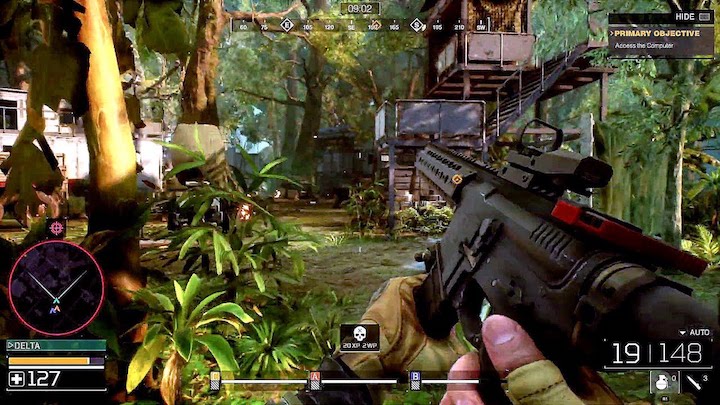 Playing as The Predator

I’ll admit that I was so excited to be The Predator. First attempt – gull of excitement, swinging all nimbly bimbly from tree to tree. Hopped down from the trees to murder a wild piggy and blend into the jungle. It was glorious. Then I found those four fffsers in the midst of a firefight and was brutally murdered. The teabagging that followed brought me back to 2007 and playing Halo 3. The Predator is not a plug and play experience as I would have expected. The Predator is not OP out of the gates like Jason Voorhees. As your skill level increases, you will find that same joy in Predator: Hunting Grounds in dispatching the Fireteam as you did from taking out all of the counselors at Camp Crystal Lake. Don’t expect it on your first try—or your first 10, for that matter. 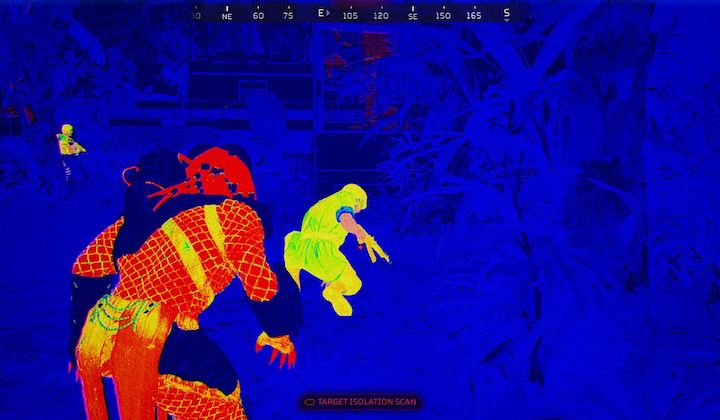 Predator: Hunting Grounds is a respectable follow-up to Friday The 13th. Graphics are good, gameplay is better as the Fireteam, and the overall playability is high. This is a game that you will pour countless hours into playing match after match. It’s hard to not compare Predator: Hunting Grounds to similar horror games Friday The 13th or even Dead By Daylight. But, if you are able to look at the game independently, you will have a great time. If you are a Predator fan, then no question you are going to love it. One point that may differ from Friday The 13th is that there were gamers of all ages and non-F13 fanatics playing as Jason and running through the camp with you.

Gamers have a lot of choices these days when it comes to first person shooter online multiplayer titles. Predator/horror fans will be the main drivers for this title as time continues. I would love for this game’s popularity to grow like that of F13. Only time will tell if Predator: Hunting Grounds is able to cross-over demographics and grow its fan base. To get there, improvements to the gameplay and additional movie tie-ins will definitely help.

Illfonic had plans for improving F13 that were halted by the infamous Victor Miller v. Sean S. Cunningham lawsuit. I’m excited to see how this team approaches Predator: Hunting Grounds without the challenges of a copyright lawsuit dictating what they can and can’t do. This game is exciting to play not only for the product that we have now, but thinking about what it can evolve into. I’m also curious as to how the team adjusted their approach with this title and what they learned from the experience of Friday The 13th. As a fan of horror, I’m also curious as to what other franchises that Illfonic would be open to exploring in this manner. HALLOWEEN? A NIGHTMARE ON ELM STREET? SCARY MOVIE? The list is endless. 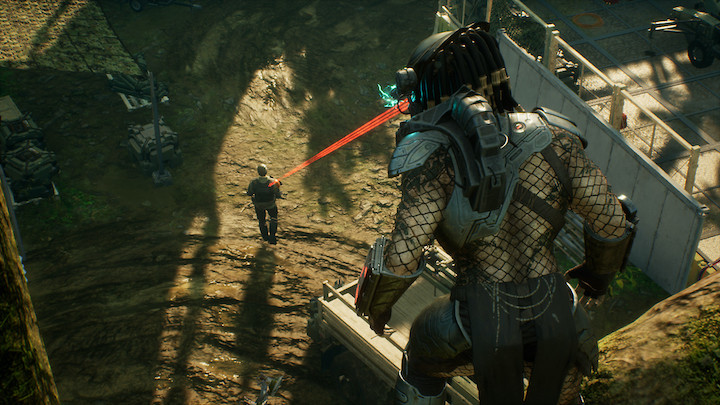 Sweet Handshake After Reaching Tha Choppa: 10 out of 10 Choppas

Playability: 8 out of Choppas

Overall Score: 7 out of 10 Choppas 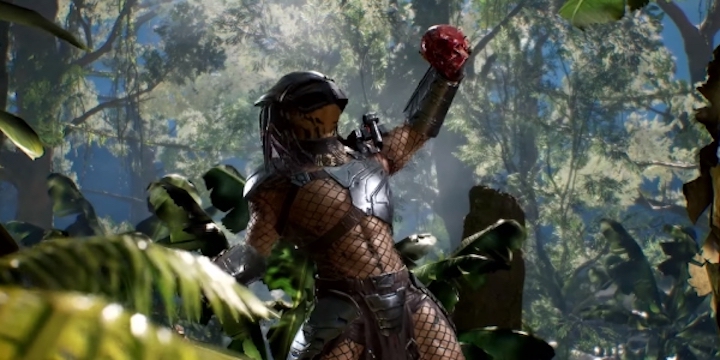 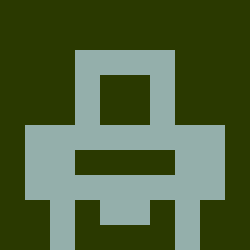