Outrageous content, sleazy storylines, and a limited budget are all part of the recipe in making truly underground films. These are the type of movies that your mother would disown you if she caught you watching. In fact, when I was a teenager, my mother almost threw me out of the house when she walked in on me watching John Waters’ 1974 classic FEMALE TROUBLE.

Gratuitous violence, hypersexuality, and other aspects of extreme cinema have been co-opted by the Hollywood studio system. I can see how this would be frustrating for an independent filmmaker. Glad to see that there are directors out there that are still making fucked up movies that will piss off your parents. Director Dustin Mills has created a raw ’80s throwback film with SLAUGHTERHOUSE SLUMBER PARTY. 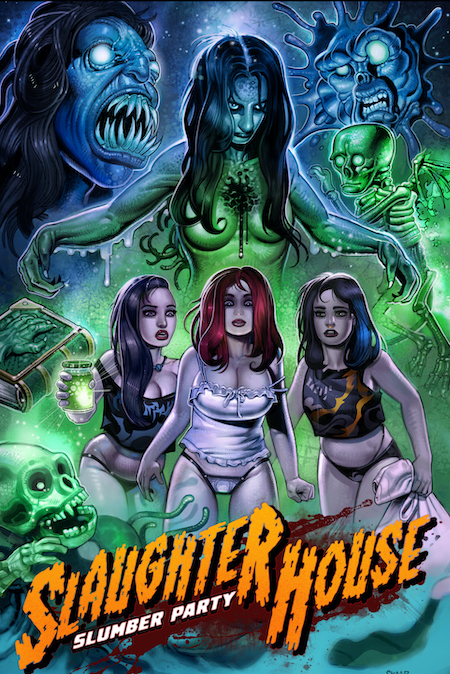 One night a year, a very close group of girlfriends get together for a wild evening of hijinks. Heavy drinking, nude pillow fights, nude drinking, and catching up on all the madness of the past year…while nude. It’s a classic set up that is all very fun and silly. I’m not familiar with a lot of low budget softcore, but this feels like it encapsulates that vibe perfectly.

Everything is hunky-dory until Gretchen (J. Ania Lupa) reveals herself to be a cultist. She sneaks away and summons demons from the Necronomicon Ex Mortis. The remainder of the film has the rest of the hot nude girls fighting for their lives. Now it’s up to southern belle Blanche (Reagan Wright), drunk punk Courtney (Haley Madison), and all the rest to figure out how to defeat this demon—while maintaining their nakedness at all costs. 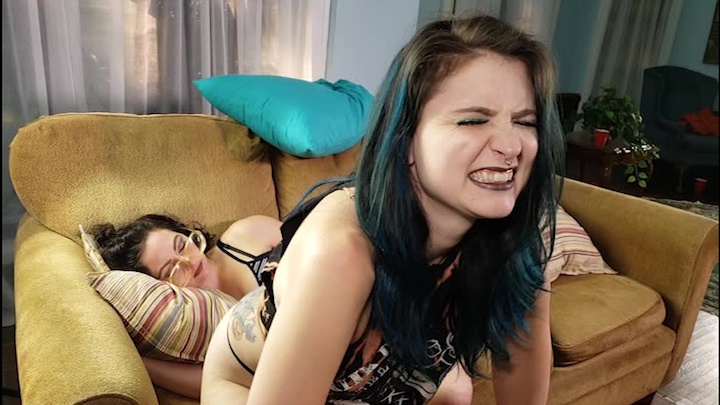 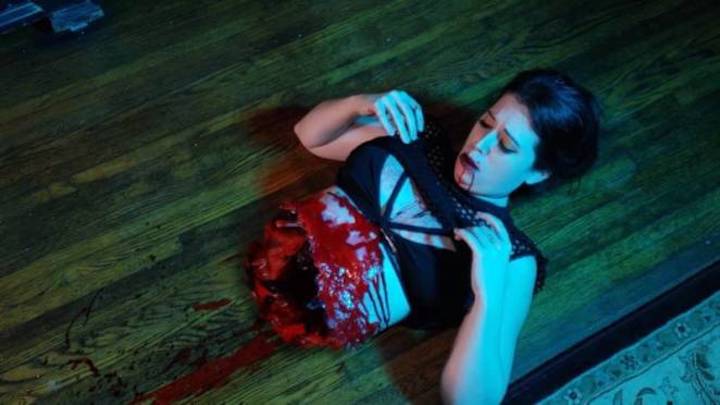 For long time horror fans this is a plot point that can either be seen as an homage or parody. In this case, filmmaker Dustin Mills used this device with a strong sense of reverence, while still interjecting a healthy dose of his own brand of tongue-in-cheek humor.

One of the aspects that helped really capture that ’80s feel was the synth-driven score by composer (and frequent Daily Grindhouse contributor) Jason Coffman. It’s that kind of detail that will lend to the retro exploitation realness. 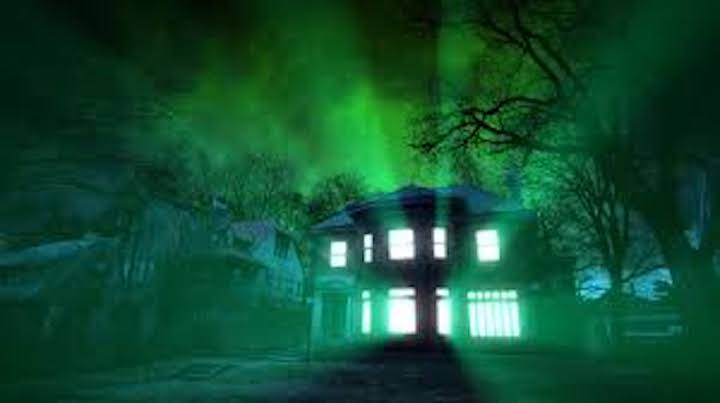 The hair metal theme song bookending SLAUGHTERHOUSE SLUMBER PARTY is also complementary to the aesthetic of the movie. It’s that perfect touch of cheesy power rock that gets you ready for 90 minutes of goofy horror softcore.

Through all the ridiculous digital effects, pun-filled irreverent humor, and nonsensical nakedness, you can tell that everyone involved in making SLAUGHTERHOUSE SLUMBER PARTY did so with a lot of heart. I have so much respect for the actresses that spent the duration of this film naked. That takes a strong internal fortitude to handle and I applaud them.