Home  ⁄  The Wire  ⁄  GODZILLA GETS PSYCHEDELIC – A LOOK AT LUIGI COZZI’S ‘COZZILLA!’

Yes, yes, there’s a giant monster movie opening this weekend. The new GODZILLA is, of course, a new American version of Ishir? Honda’s seminal kaiju film, one that’s being (justifiably) re-released to theaters and written about again all over the fan media. But I’m not here to talk about the new GODZILLA like everyone else is. Nor am I here to talk about the old GOJIRA, because plenty of folks are doing that as well. I’m not even here to talk all of the other GODZILLA films, as our own Jon Abrams did that expertly last week. 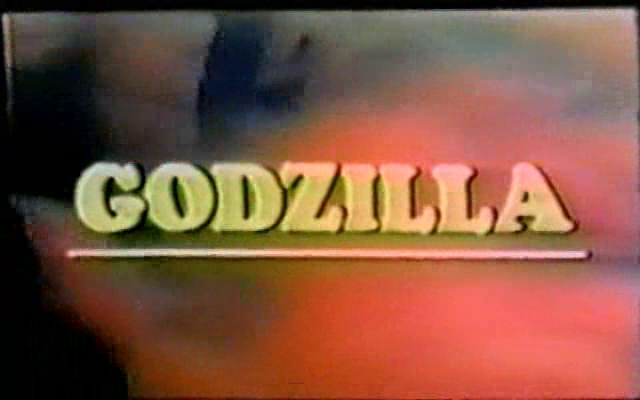 No, I’m here to talk a bit about COZZILLA.

The work of director Luigi Cozzi is well-known to oddball film fans, as the likes of CONTAMINATION, STAR CRASH and the pair of Lou Ferrigno HERCULES films are well-regarded as… well, entertaining, certainly. And he directed a version of GODZILLA of his own, sort of, one that is as legendary in its unavailability as it is in its batshit craziness. A psychedelic kaleidoscope of distortedly wrongheaded ideas using the original GOJIRA as its base, “COZZILLA,” as the edit is referred to, is something amazing, a piece of work that stands alone among every other GODZILLA film ever made. Not even GODZILLA’S REVENGE wants to hang out with it. 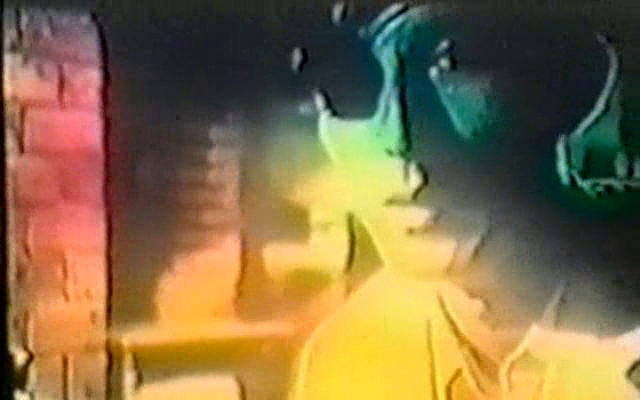 The year was 1976. Dino DeLaurentiis’s KING KONG was a big box office draw. The enterprising Cozzi, sensing a buck to be made in giant monster rage, decided to re-release the U.S. version of GOJIRA, GODZILLA, KING OF THE MONSTERS, to theaters. The problem was that by that point, the film was two decades old and in black and white – not exactly the alluring draw that would get the butts in the seats.

Cozzi had a plan. First, he took the Italian version of GODZILLA, KING OF THE MONSTERS and re-edited the film again, adding footage from films like THE TRAIN and THE DAY THE EARTH CAUGHT FIRE. He revised the soundtrack a bit, adding new music from “Magnetic System,” in fact Italian composer Vince Tempera. For the post-attack scenes in Tokyo, he made the amazingly tacky decision to add newsreel footage of actual death, including some charred bodies. And he colorized using a process called “Spectrorama 70” that made everything look as though it was in a particularly trippy dream sequence. 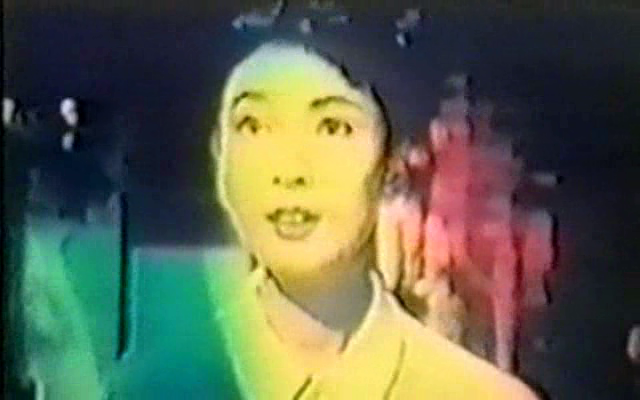 COZZILLA never reached U.S. shores, relegated only to screenings inside Italy, but its impact was made well beyond its home country. The poster art ended up being utilized on the 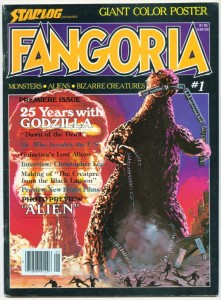 cover for the first issue of Fangoria, a cover so iconic that the magazine has made reference to it in its most recent issue. The movie itself, however, has never received proper distribution (for obvious legal reasons) outside of the grey market circuit.

Watching COZZILLA now is a bizarre exercise, especially if you’re not on any mind-altering substances. The bootleg version that’s in circulation (thankfully, with fan-made English subtitles) is a shorter, television cut of the film, meaning that Ishir? Honda’s classic has been re-edited three times – first by American distributors, then by Cozzi, and finally by television editors – to the point where it’s amazing it’s coherent at all.

The resulting film feels less like a giant monster movie than a surreal art school project that’s attempting to make some statement about war or diplomacy or Raymond Burr or something by utilizing footage from a variety of different sources. The fact that the bootleg version is of such poor quality adds to the idea, even if it makes the film seem several decades older than the original GOJIRA, as it sometimes comes off like an early “talkie” in which they’ve been playing with color by having a child smear water colors across the film! 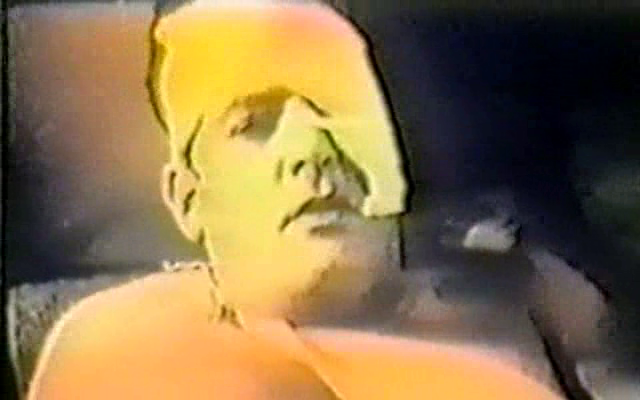 COZZILLA is genuine enigma in the roster of GODZILLA films – it feels more like a Damon Packard project than anything that would have been released with the intent of a mainstream audience in mind. It’s a shame that this isn’t being released to theaters along with the original GOJIRA, especially with the theatrical gimmicks that involved trembling seats. In this excellent interview, Cozzi mentions that film’s rights are in the hands of Yamato Video and that a 35mm print of the film is still around, so who the hell knows? It would be great to see this make its way into a legal format, if only to expose a truly hallucinatory, ridiculously bizarre version of the film that truly becomes an entity of its own.